Does anyone know, or could find out (as I think this server is pre-release), exactly how the following Gigabyte HPC server cools its CPUs? (excluding heat sinks)

As you can see there are no front chassis fans, only fans behind the GPUs and at the back of the Chassis; hence my question. 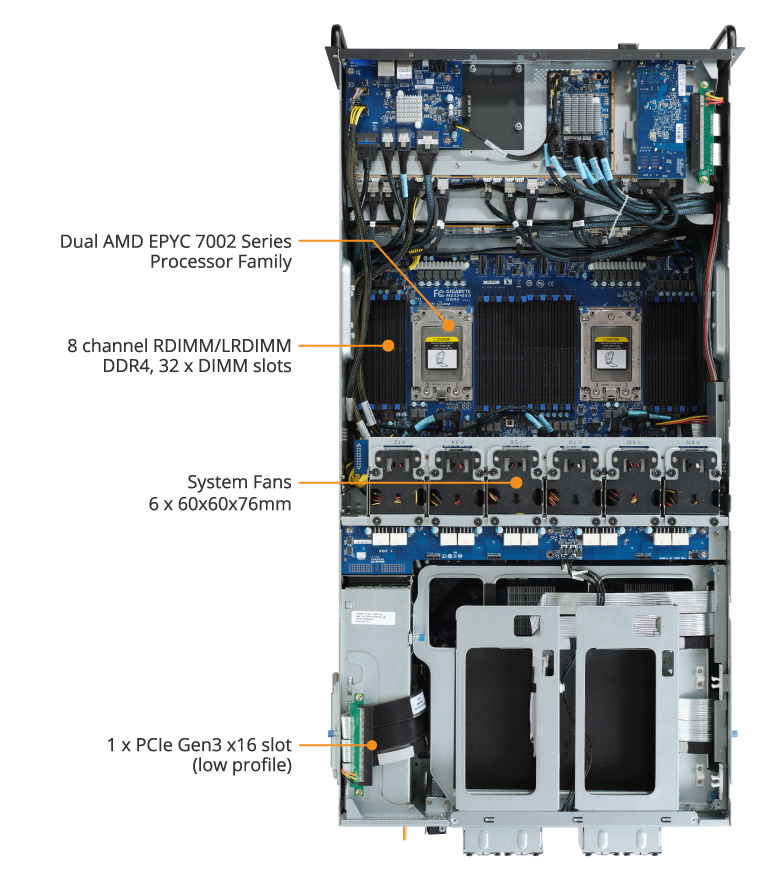 Passive coolers, the air is moved by the fanwall from front to back flowing through the fins of the heatsink.

There are no fans behind the heatsinks eg the fan wall is in front of the CPUs, not behind it.

This is what I meant when I mentioned "excluding heat sinks"; obviously like you say passive heat sinks need air flow.
Last edited: Jan 28, 2020
I

There are also 4 fans on the back of the chassis. Basically all the fans are pumping air into or extracing out of, the 10 GPUs.

I just cannot see how this could work by using normal passive heatsinks without any front chassis fans.
Last edited: Jan 28, 2020
I

chriscambridge said:
Confused by my reply
Click to expand...

Your question in the op and your reply

That's the part numer listed in the specification. From The naming I would guess it's an active heatsink, can't tell if it's 2u or 4u/tower config.

(I edited my previous reply)

I think I have solved this now..

A quick search on that heatsink part number brings up the fact that it is also used on the Gigabyte W291-Z00.

A quick search for images of that Tower server brings up this one; so its like I thought, basically an active flat/horizontal heatsink: 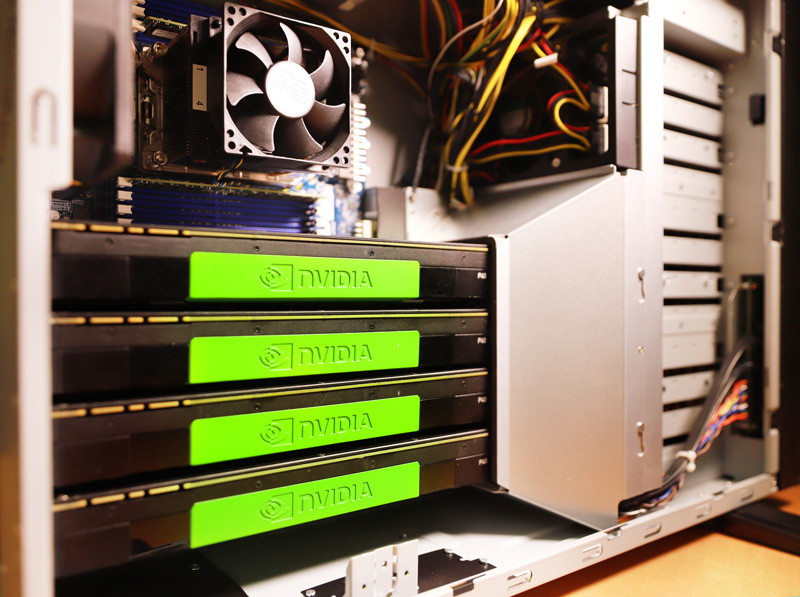 These GPU servers pull so much air in the midplane fans that you can put passive cooler towers on the CPUs and have no problem cooling the CPUs.

Thanks that's really useful; I hadn't realized just how much air these Gigabyte midplane fans pull in.

I did wonder about that server you reviewed (G481-s80) as it seems to have a very similar chassis to this and another Gigabyte server (G482-Z51). What made me think twice though is the server you reviewed has 12 (2 x 6) midplane fans, whereas this one only has 6.

If I am not mistaken these 2 servers (G482-Z50 and G482-Z51) are some of the only 'normal' PCIE GPU servers that feature these solely "pull air" midplane fans. All the others I have seen (Supermicro, Tyan, Asus, etc) also have the normal front chassis fans.

Perhaps enough people would wonder how the CPU cooling works on these, and its effects due to the increased air temp going into the GPUs, enough to warrant a review on these servers? (G482-Z50 or G481-s80).

If you also used the passively cooled RTX Quadro's that you just reviewed, that could add an extra level of interest.

Additionally it would also allow you to link into both of your previously articles (G481-s80 and RTX Quadro 8000).

All of the GPU servers are set up as wind tunnels. The fans, no matter where they are located, push a ton of air through the chassis.

CPUs, by comparison, are populated much less densely than GPUs. With 2U/ 4U tower heatsinks, no vendor, other than Dell, has even mentioned it. See Dell DSS 8440.
Reactions: chriscambridge

Oh that does make doing a review kind of difficult

Thanks for the heads up on the DELL (and Inspur) 4U GPU servers; I wasn't actually aware of them.

Its actually quite interesting to see how all the different players approach the 4U 8-10 GPU server approach; and from what I see only Gigabyte are offering EPYC variants.