I actually built this in 2009 but it runs up to the present day. I use this for a big mixture of gaming, video editing, video capture, media conversion, audio production/capture/editing/restoration and photo editing. Poor thing does take a hammering. It's been water cooled since it started life as an AMD phenom II x4 955 with 12GB ram and an HD 6950 all stuffed into a cooler master CM690-II case. 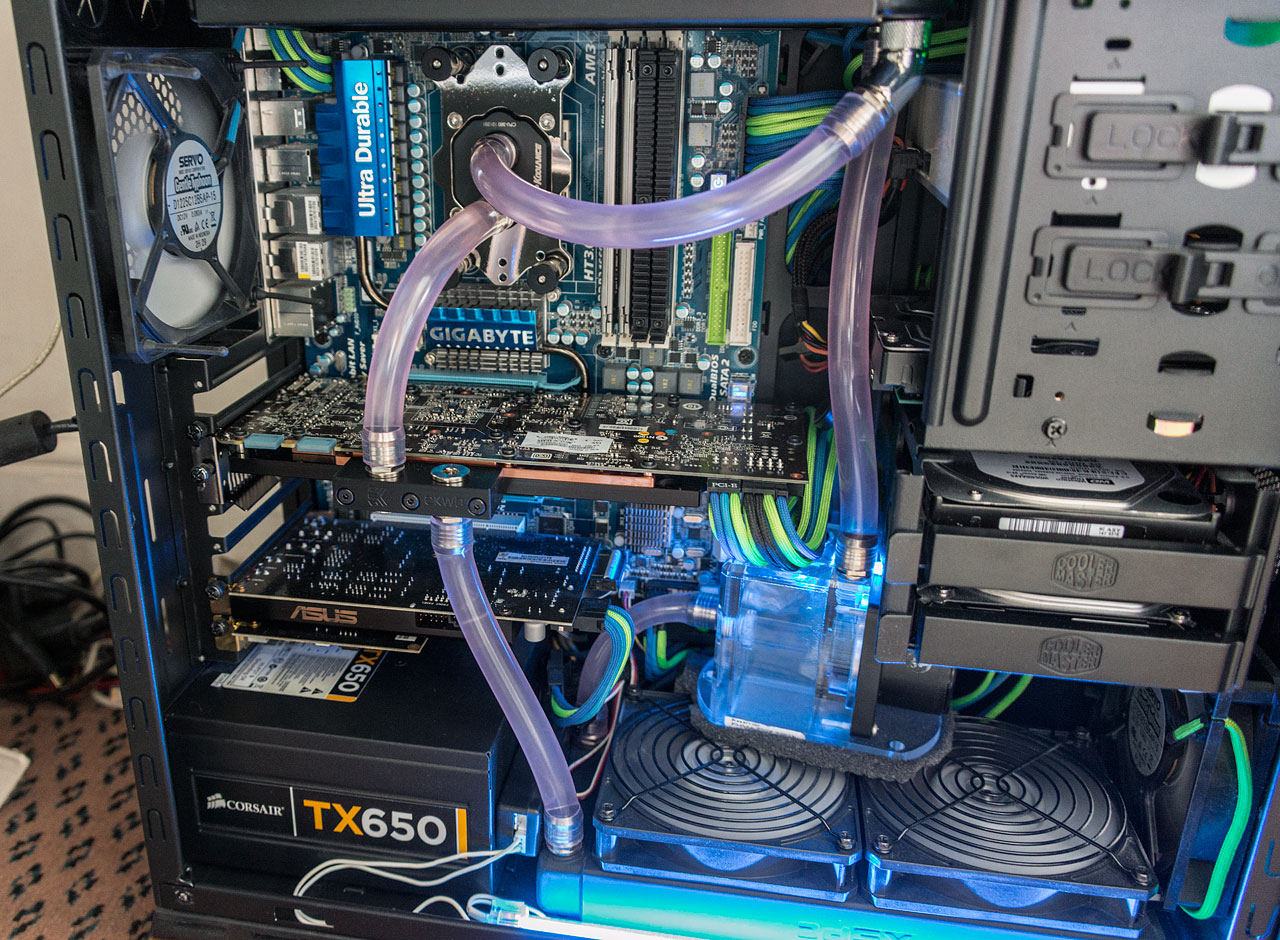 It was then upgraded with a GTX 780 in 2013 which triggered the need to upgrade the cpu which ended up being an i7 4820K with 16GB ram and a new case to house it. The phanteks enthoo primo was chosen in order to house a larger radiator and all of my drives. The Asus Xonar Essence ST deluxe carried over from the old phenom build and an AJA Kona LSe was added. 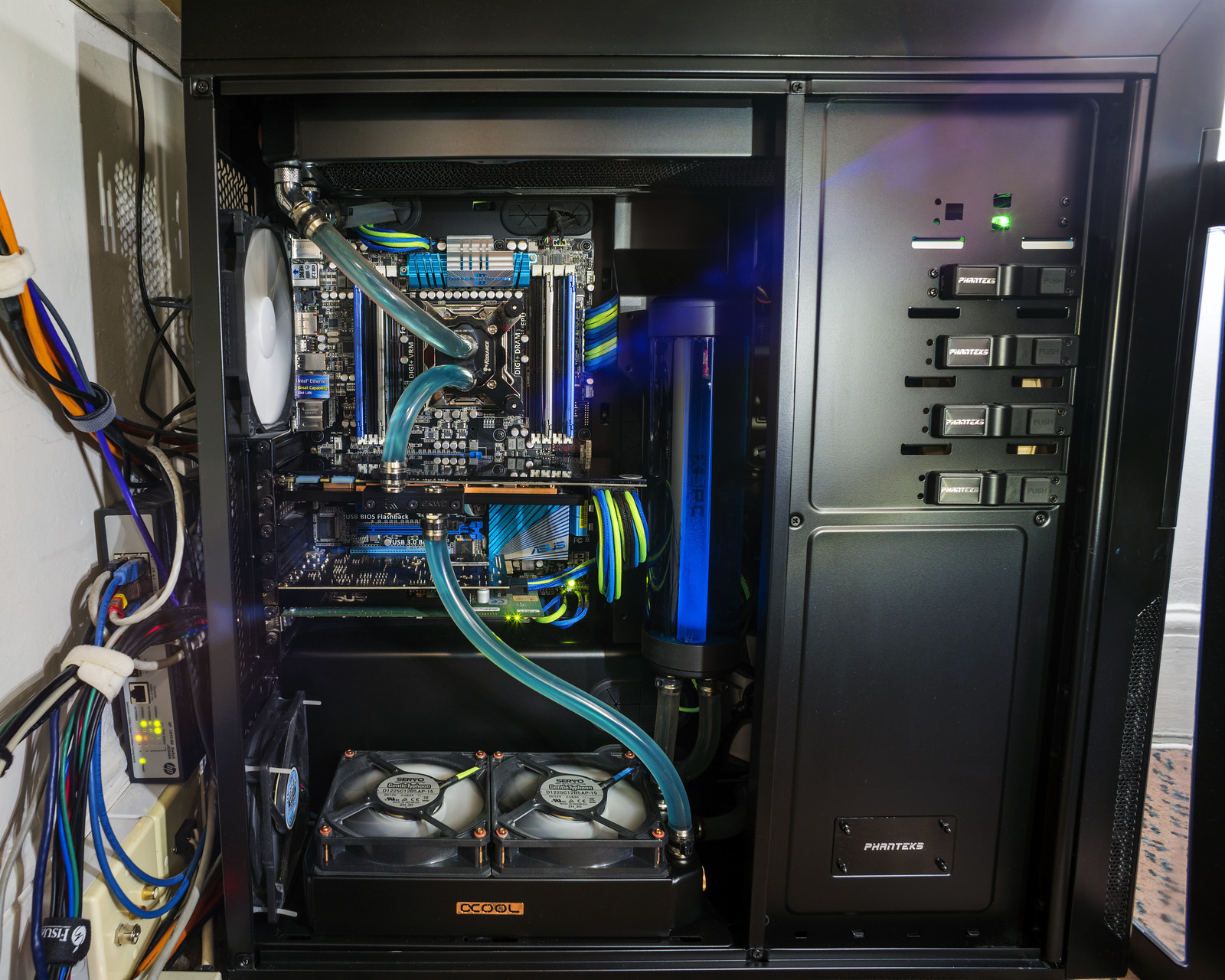 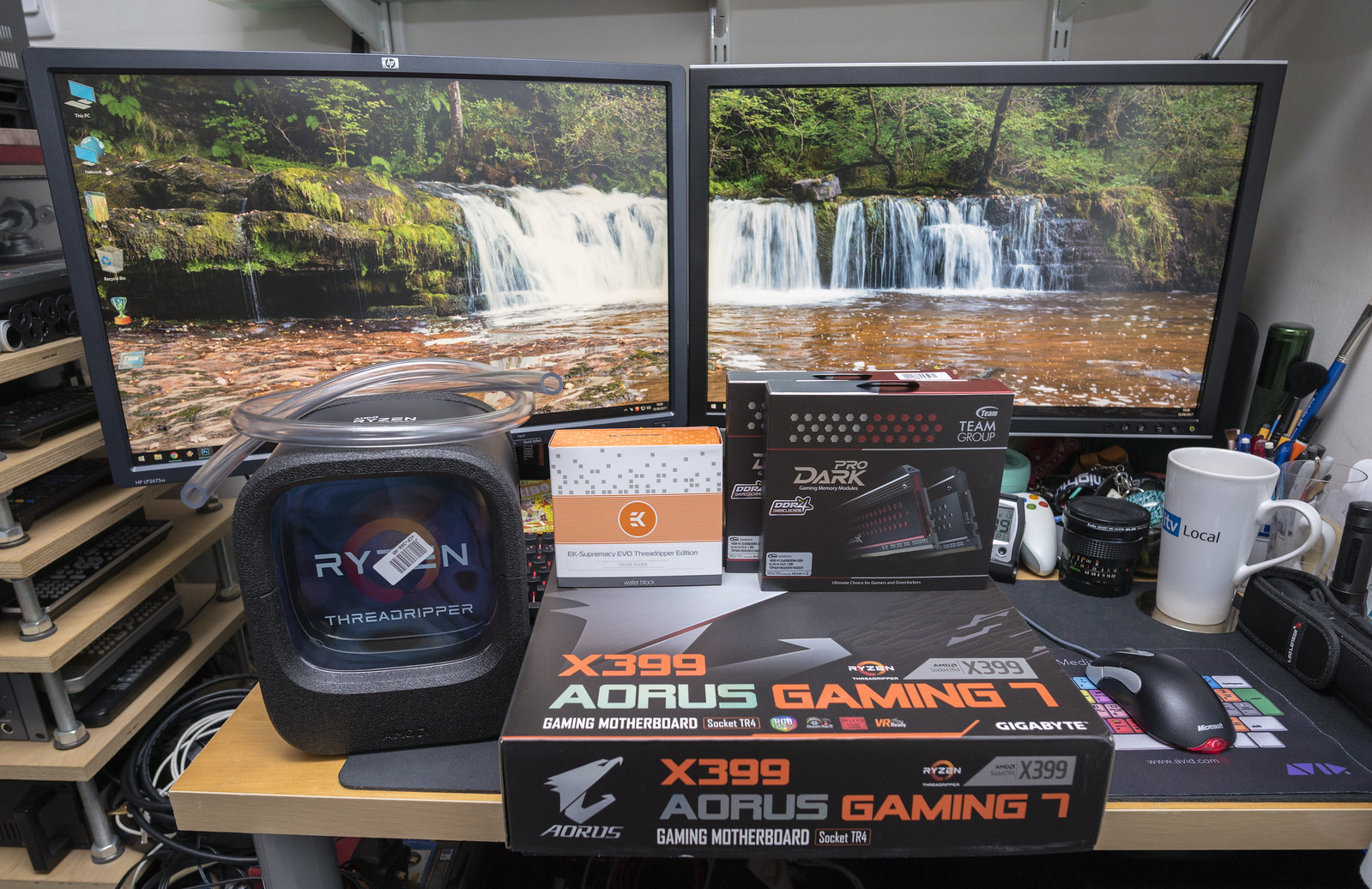 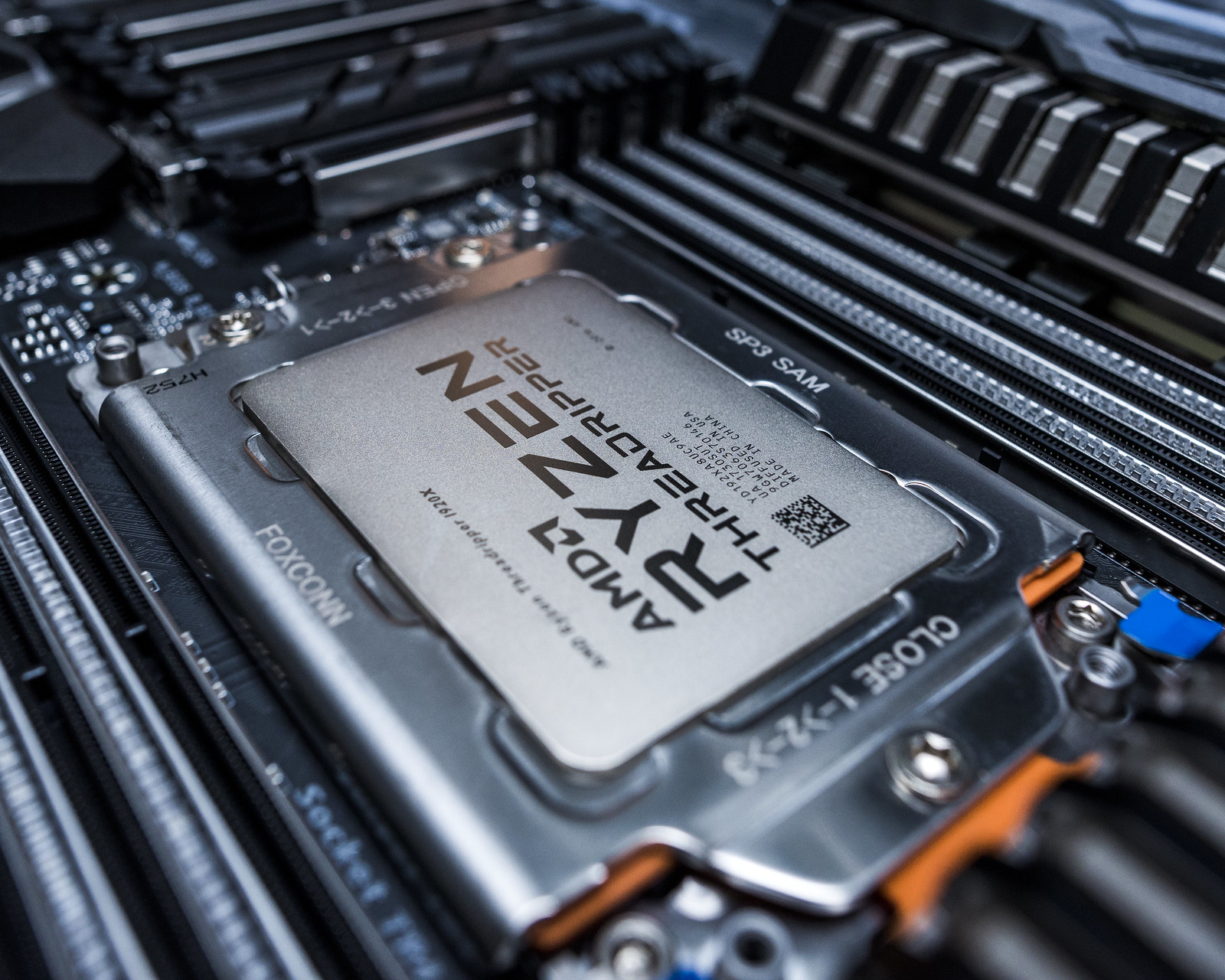 The expansion cards had to change as the xonar was PCI which has pretty much disappeared now. 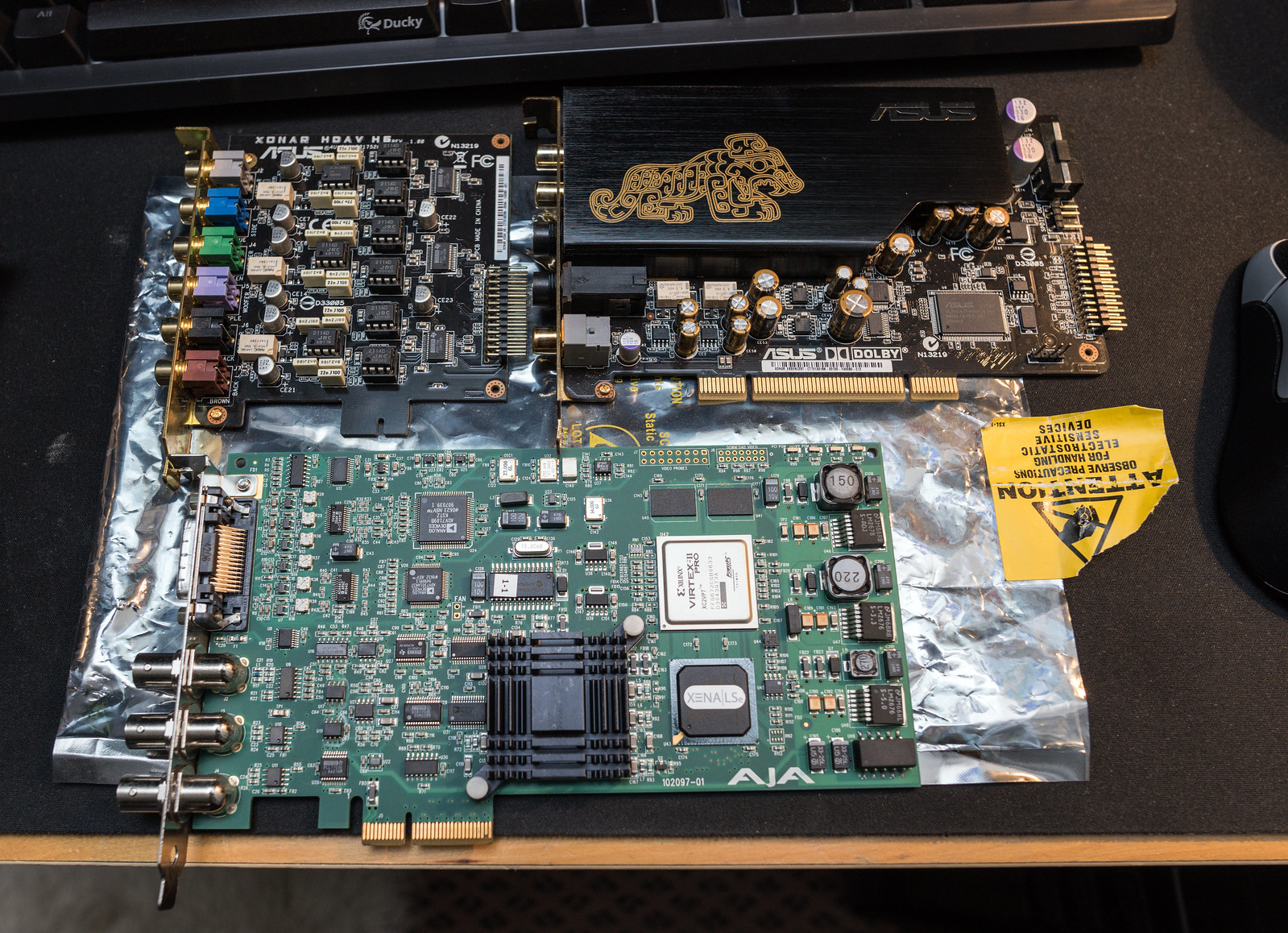 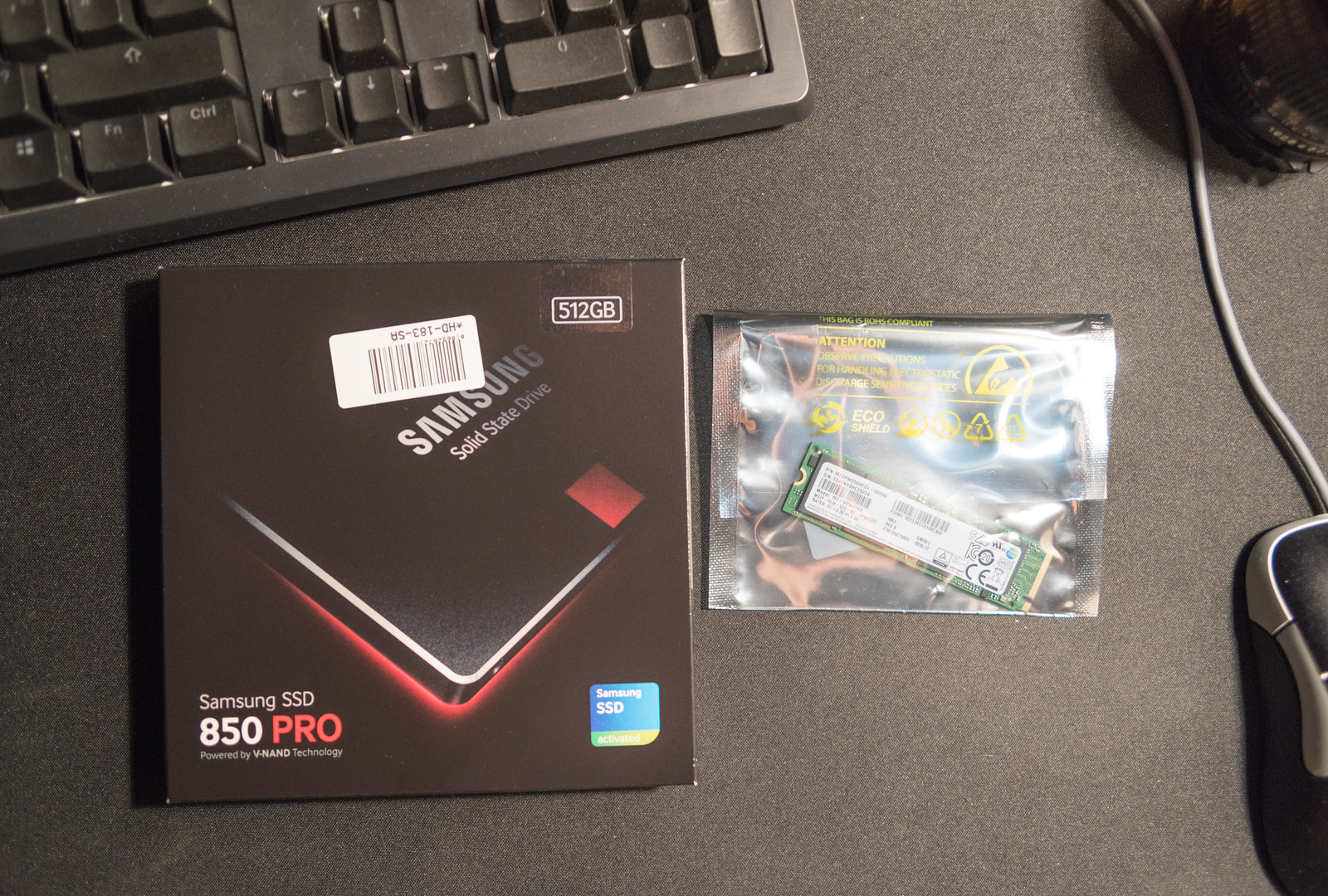 Spaghetti junction behind the motherboard as my old TX650 power supply was not modular. 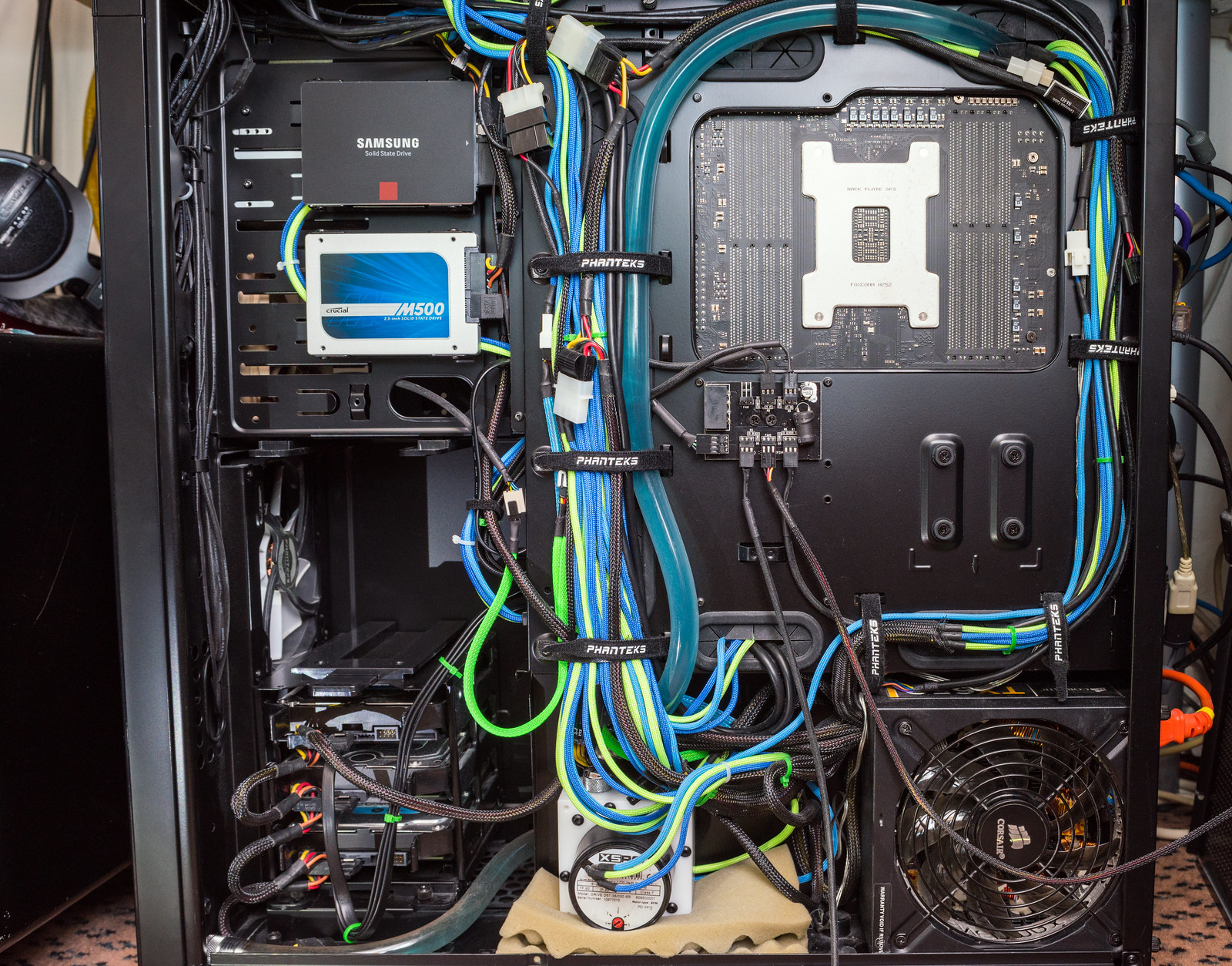 Reassembled. I had one of the 1st gen EK TR4 blocks which was a pretty poor effort, but it did the job and wasn't particularly expensive. Still using the GTX 780 and using an external yellotec usb PUC for audio capture and the onboard audio for playback. 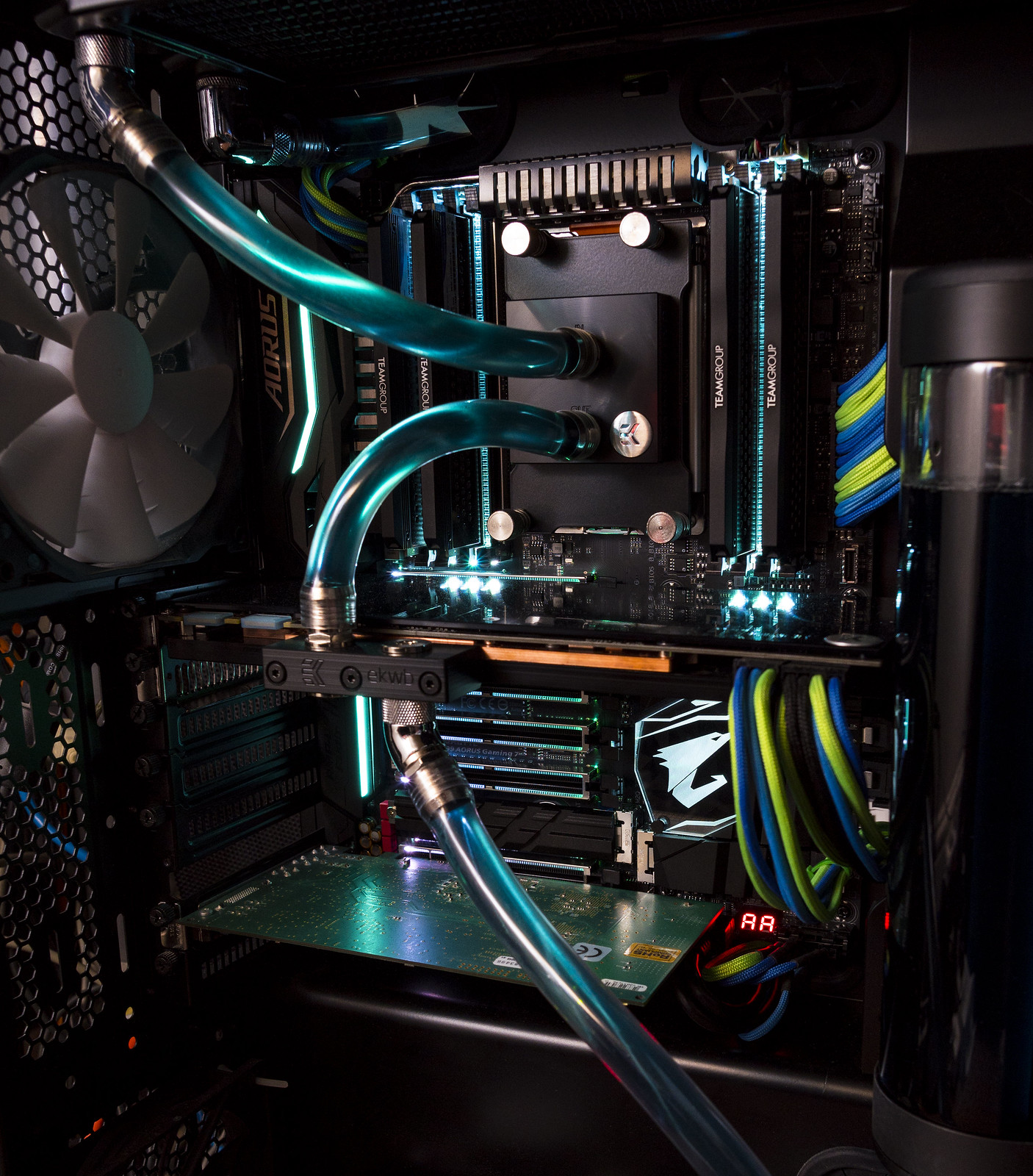 The first obvious port of call for upgrading was the GPU as it was coming up on 5 years old. Whilst I liked the 780, it was expensive enough and the prices for nvidia cards had only gotten worse so I went back to amd. The 780 was my first and only nvidia gpu in the 25 years I've been building pc's. I decided that Vega 56 represented the best value for money. What with Vega being claimed as a power hungry monster, I also replaced the 650W psu with a platinum rated 750W seasonic prime. Obviously a block was required so picked up a EK copper/acetal part.

Not so easy to spot the difference between the cards at first glance once the blocks are on. 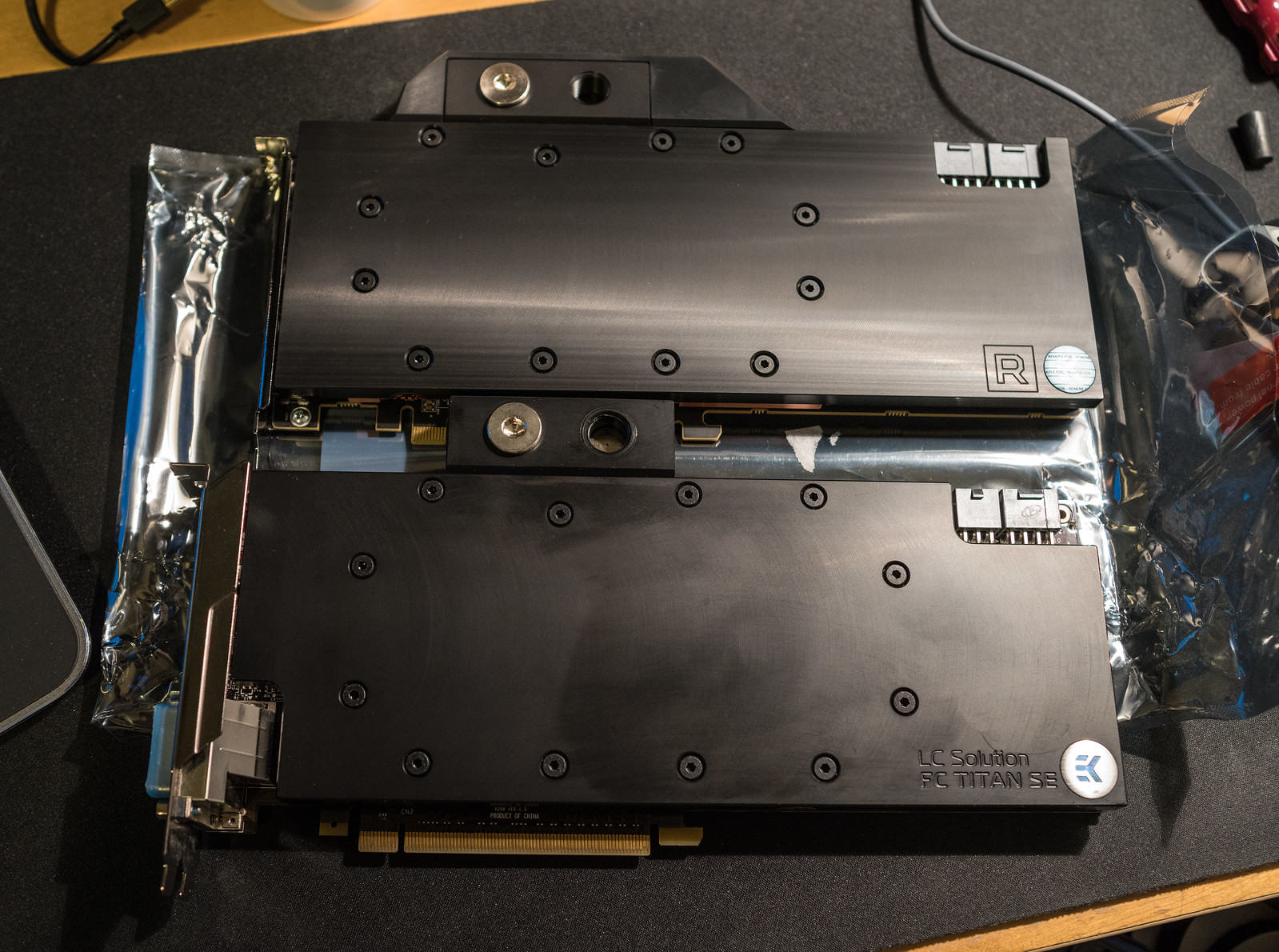 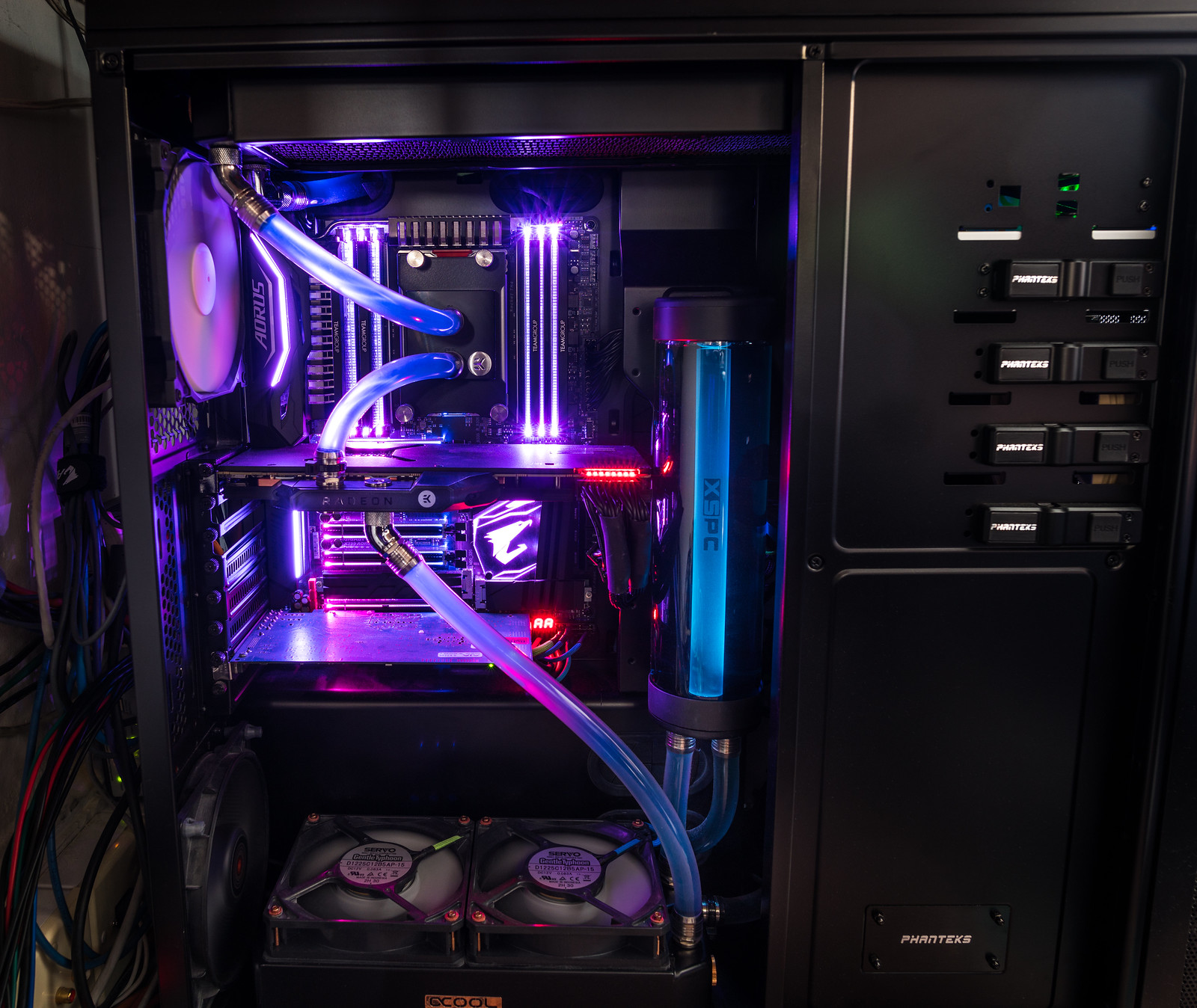 Back end was significantly tidier what with the modular psu. 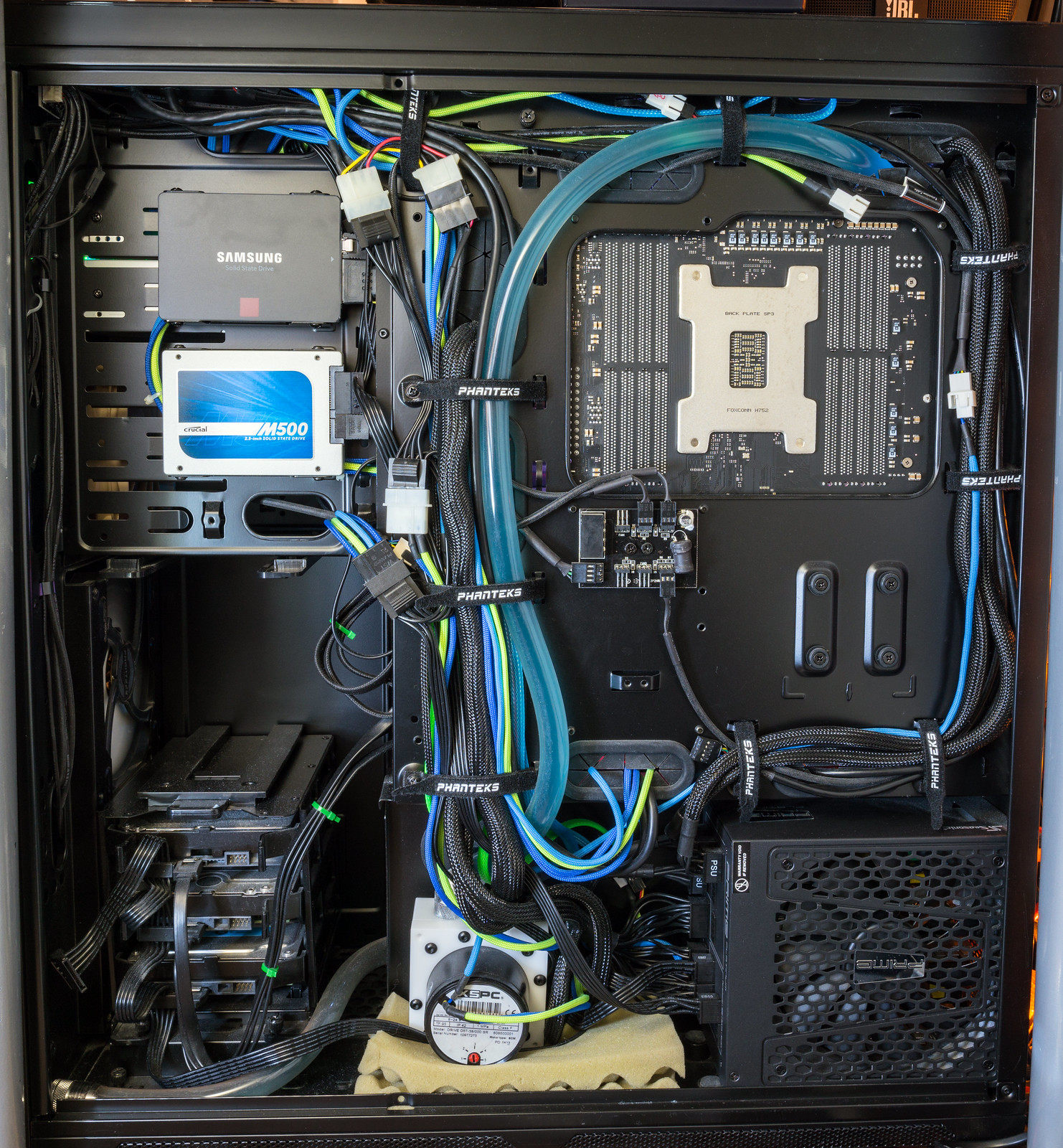 I also picked up an RME HDSPe AIO pro audio card as onboard and the PUC were a little tiresome to work with. 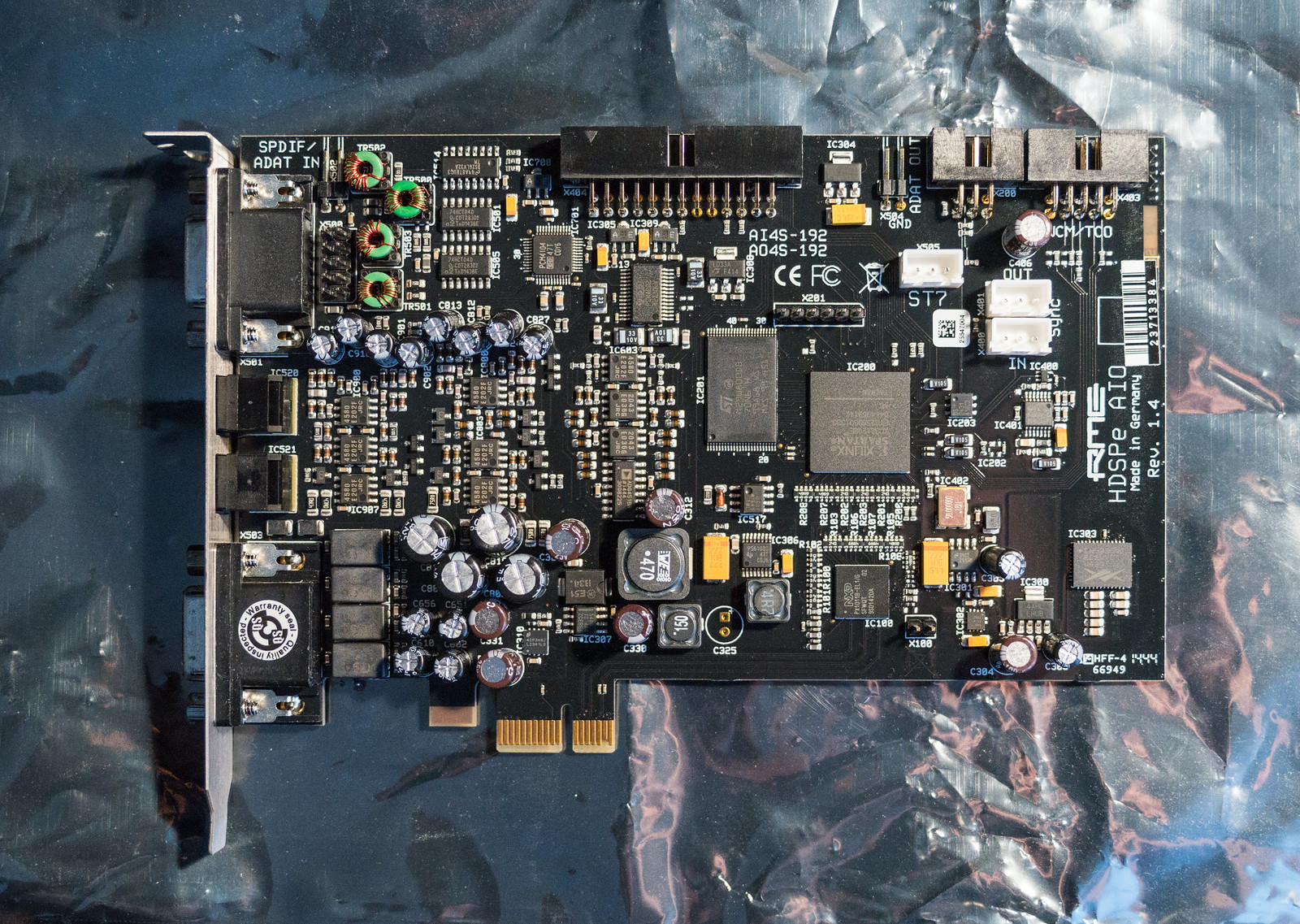 I also decided to put my 780 back in so that I could use the CUDA acceleration in programmes with no openCL support. It also had the benefit of giving me gpu accelerated physX support too. Didn't want to drain and refill at this point so I refitted the air cooler until a more suitable time to rebuild the water cooling loop. 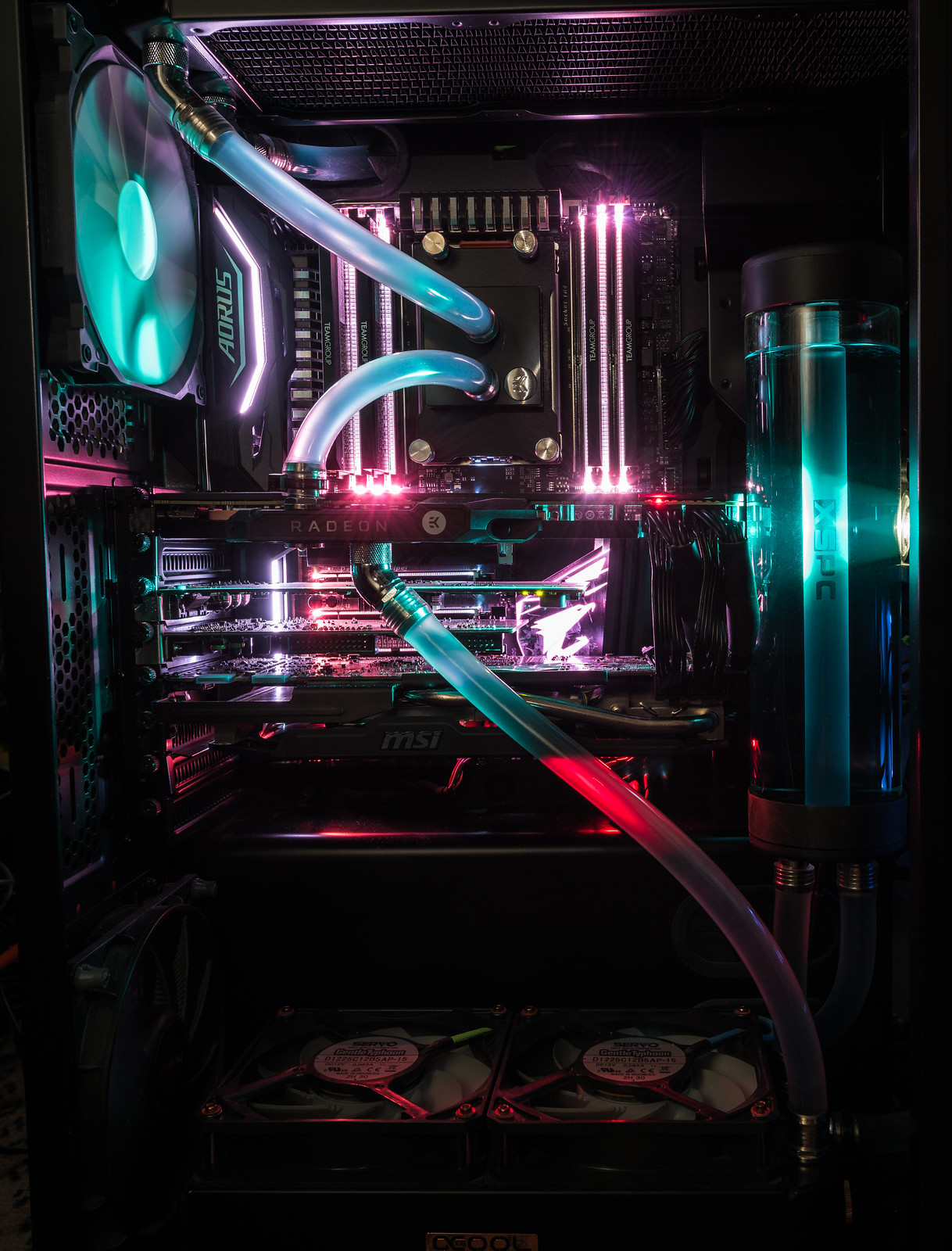 Whilst looking for something else on my usual webshop for pc parts, I noticed an EK supremacy sTR4 nickel block in the B grade selection which I grabbed. I was actually looking for a new tube of thermal paste as I'd used virtually all of my small tubes. I looked at kryonaught 37g at over £55 and decided that prolimatech PK-3 30g was significantly better value at £26 considering the small difference in performance between them. 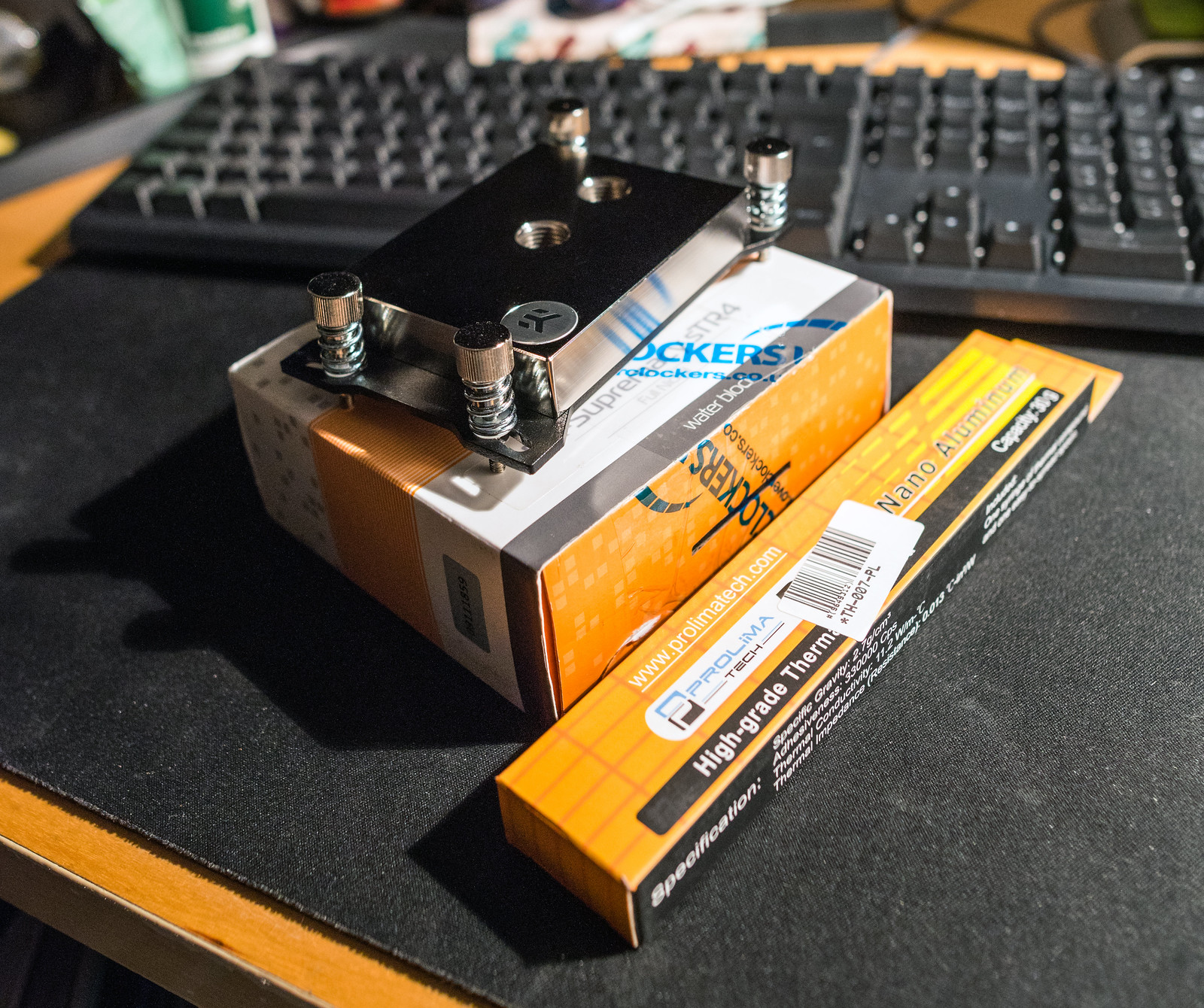 Stripping down and draining is quite easy provided you have the pc about 8-10" off the ground so the drain is downhill. 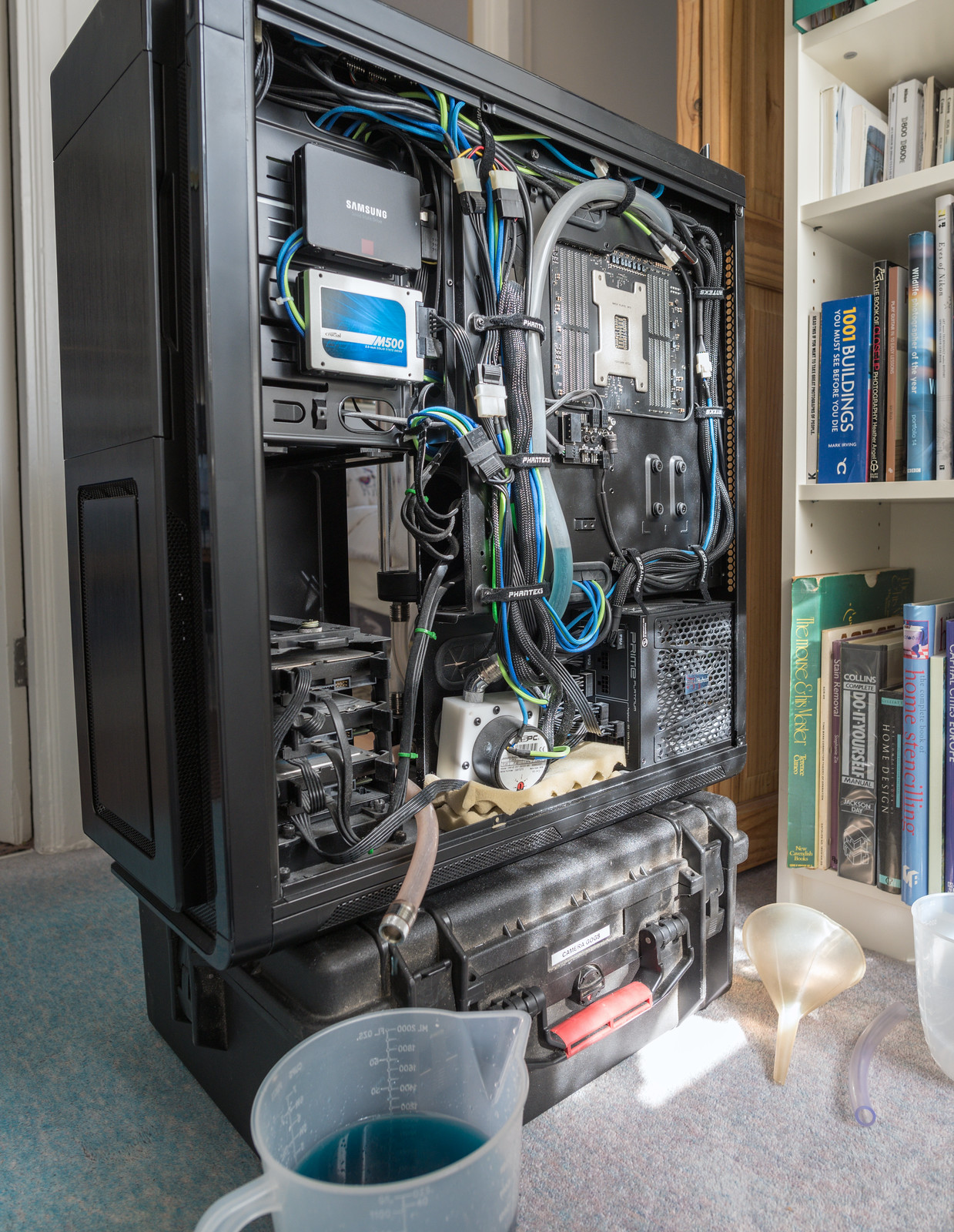 I also picked up a few more fittings as the drain would be nice to have as a tap. Sadly the old fatboy barbs don't seem to be available anymore so XSPC black chrome was the next best thing. 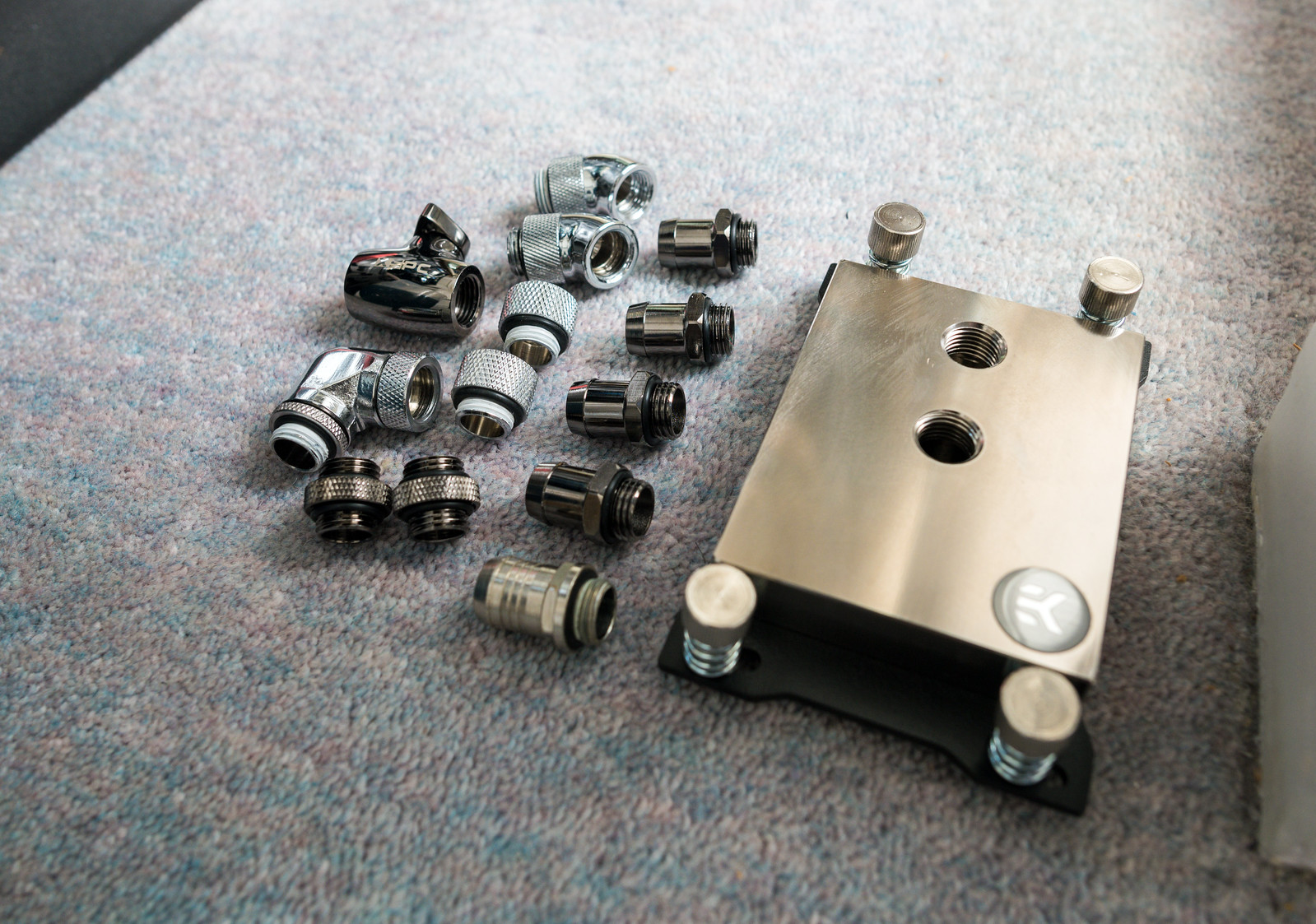 One well stuffed case. Some fluid always seems to like getting trapped between the radiator, cpu block and gpu block which can make disassembly more interesting. 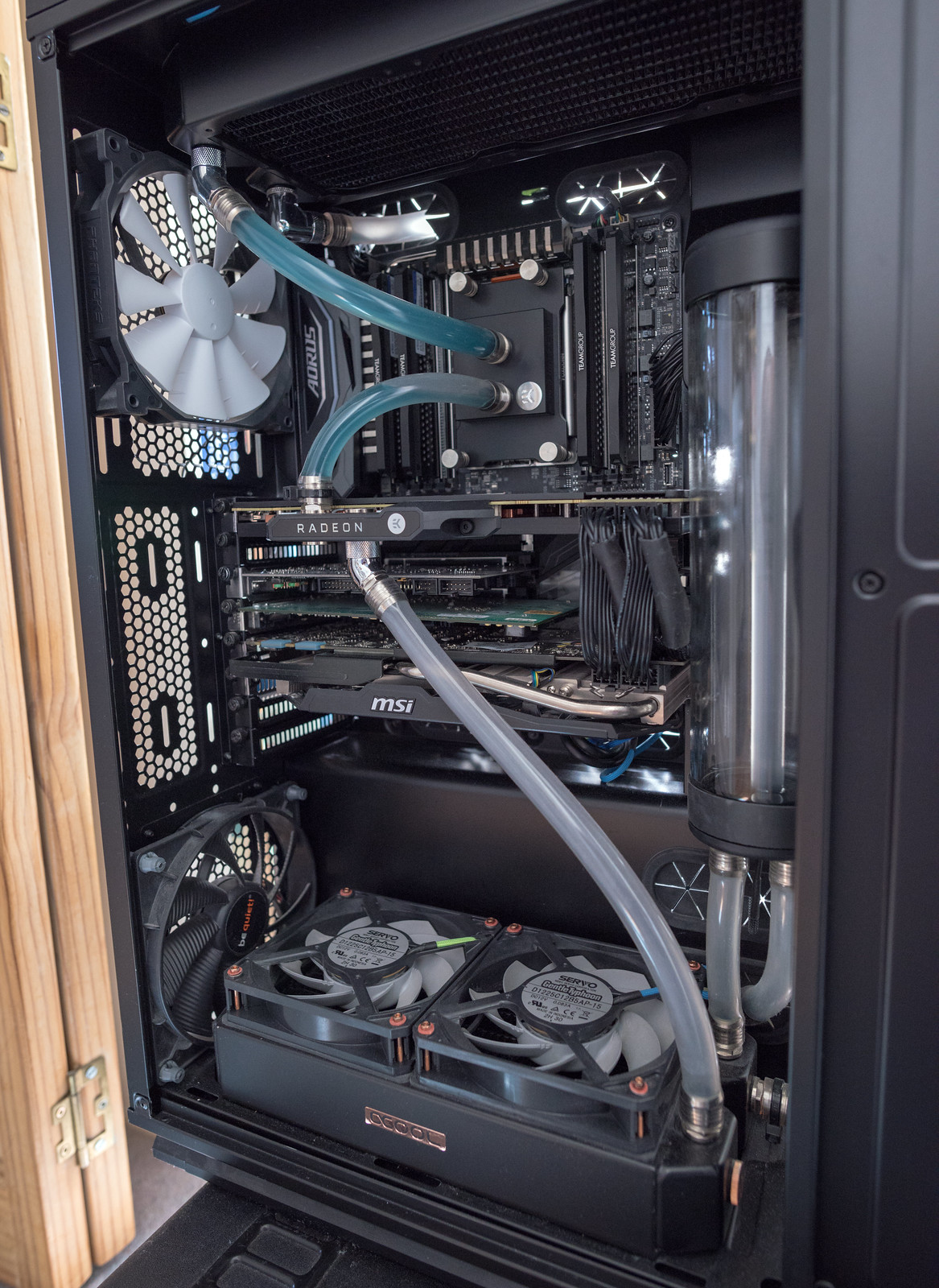 The sheer difference in size of the blocks is staggering. EK's first attempt at a sTR4 block was truly woeful. 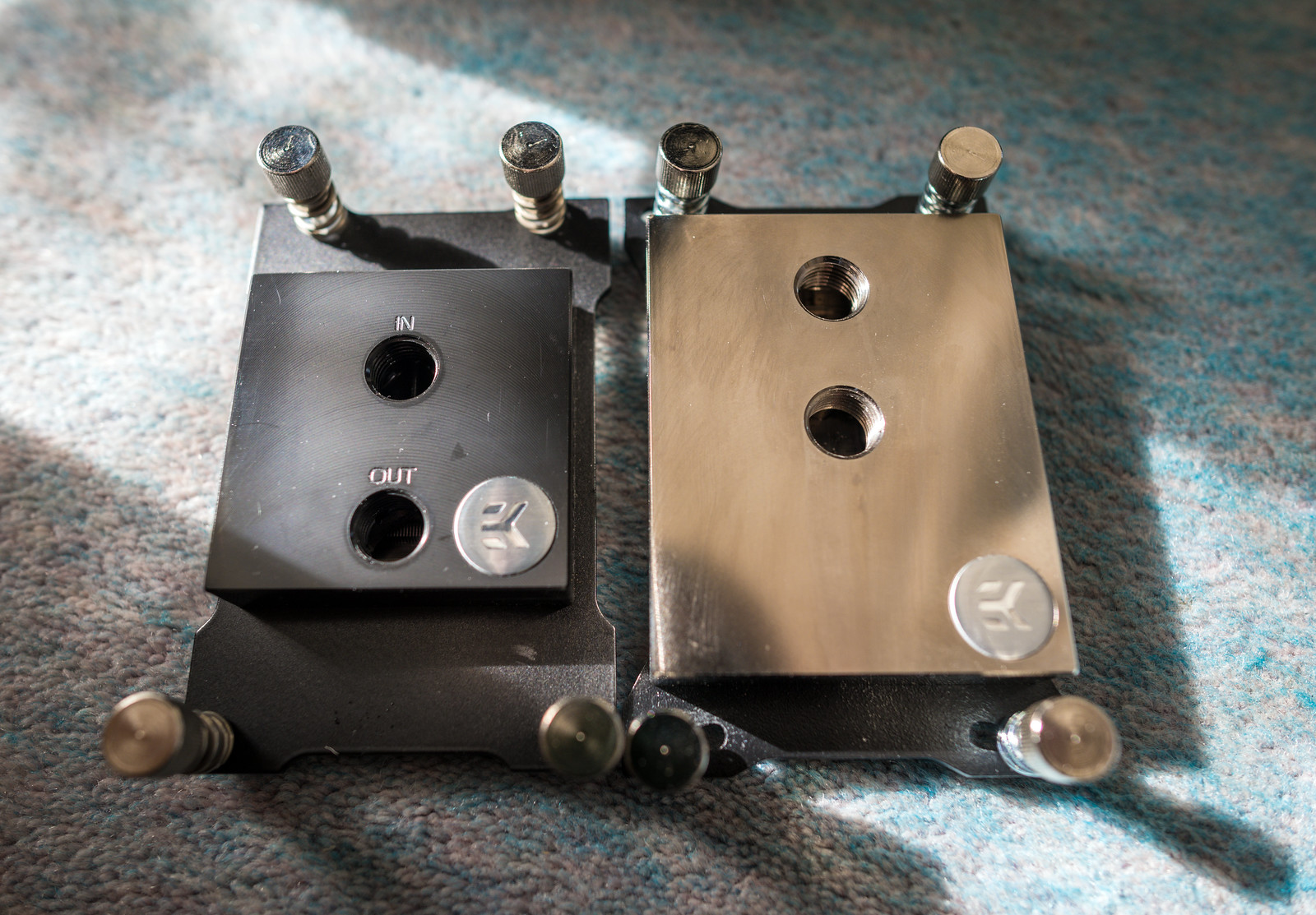 The cold plate doesn't look quite so obvious but it's still quite a lot bigger. The weight difference is huge too, but that's down to the full plated copper build vs acetal top. 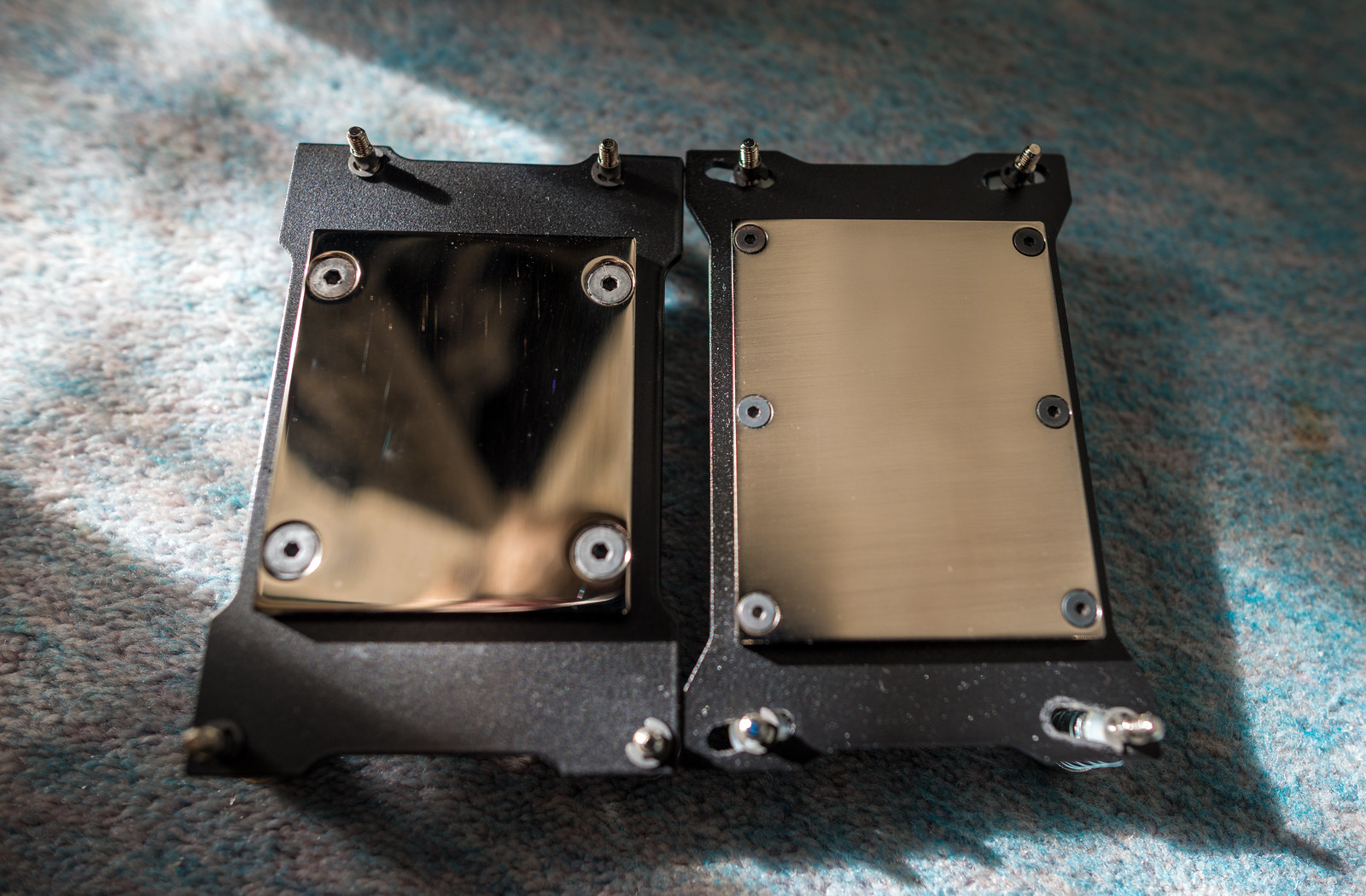 I checked the seals on the fittings that have been in use for the last 6 years. They looked a bit squashed and felt slightly harder than the seals on the new fittings, so I've replaced them. I also replaced all of the PTFE tape. 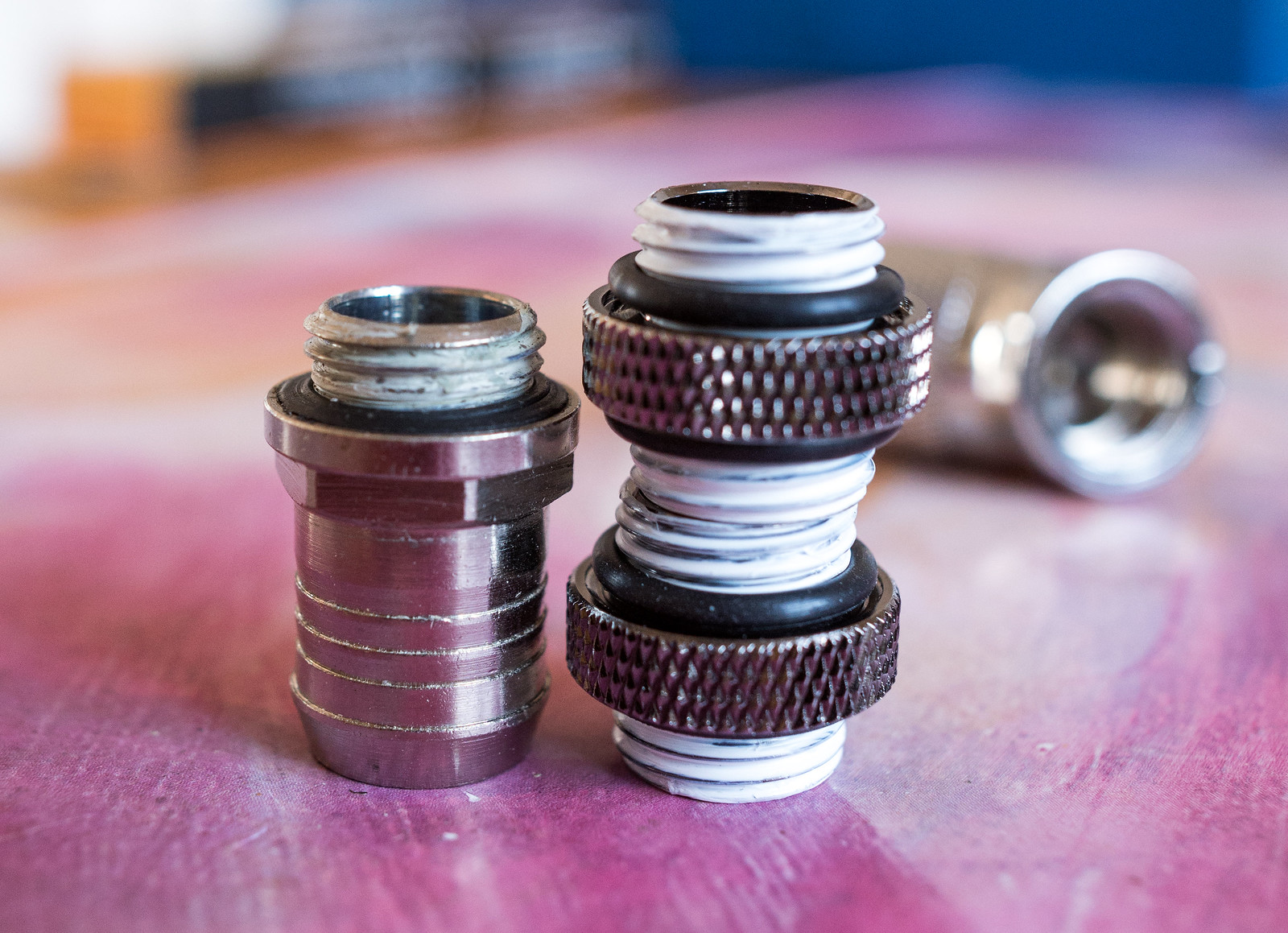 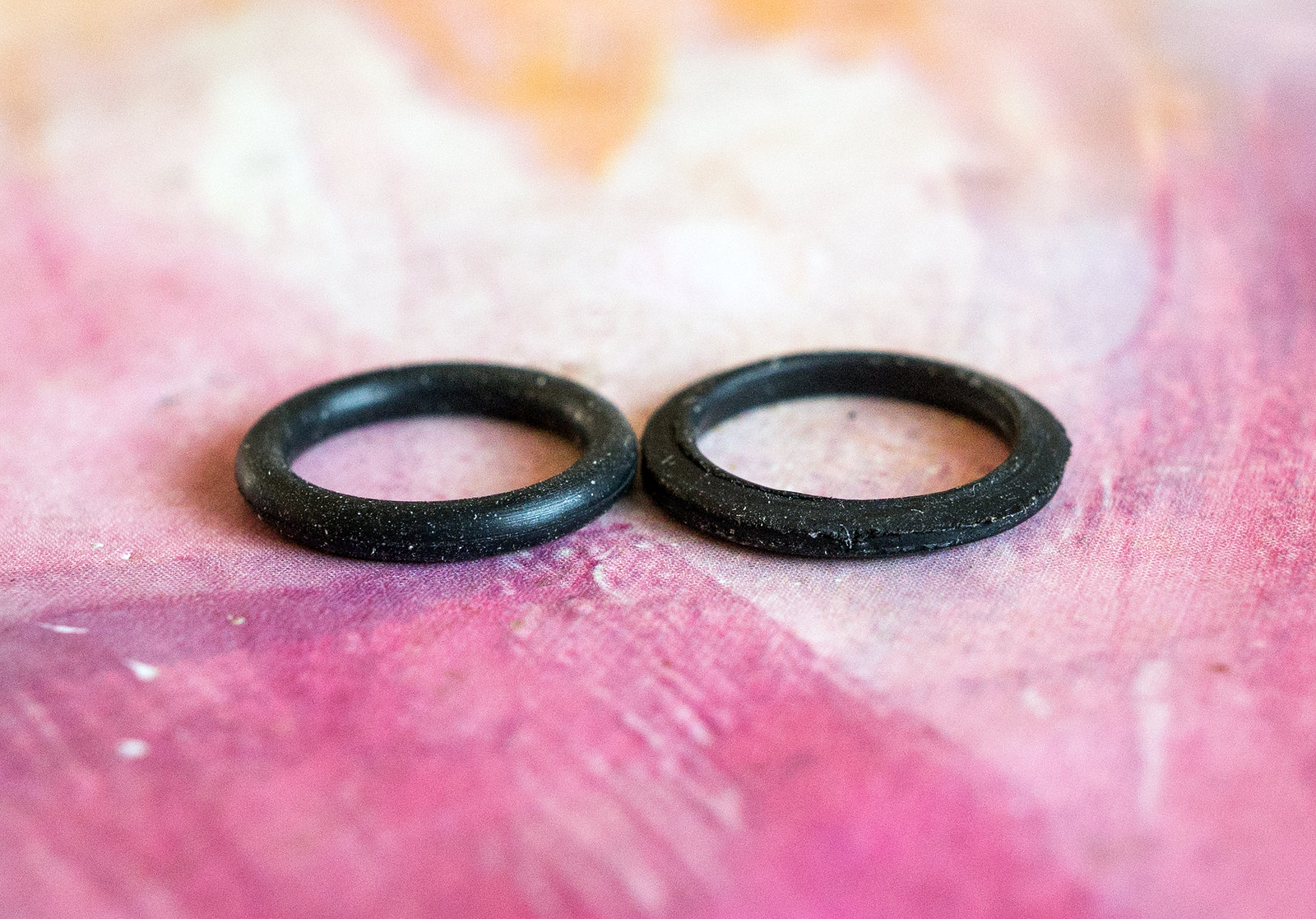 Once I refitted the 780 block, I noticed that EK have changed the terminal position slightly which made linking the two blocks a bit ugly, but doable with tubing. 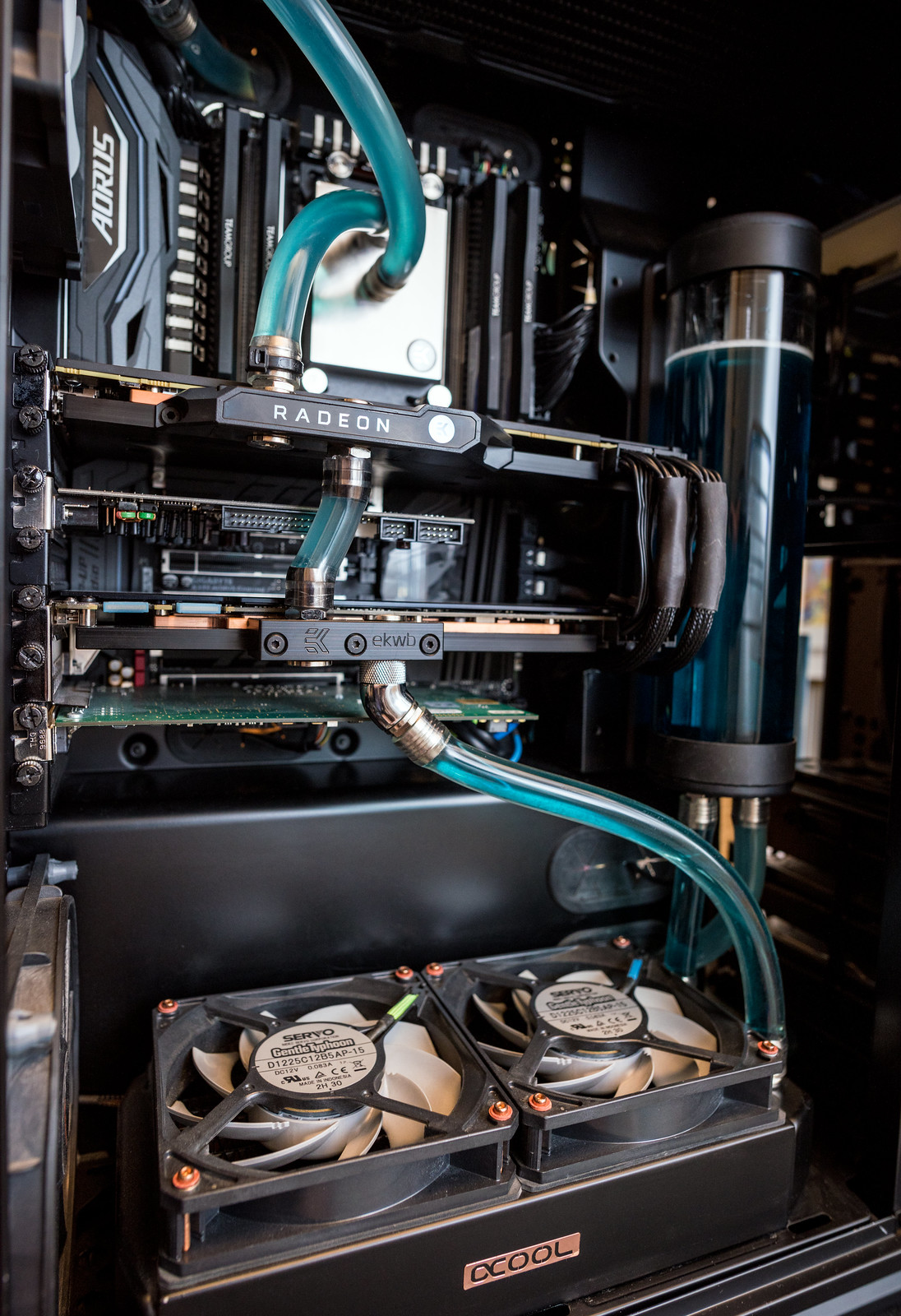 As part of my network 10Gbe upgrade, I bought two intel x710 NICs for the windows pc's. 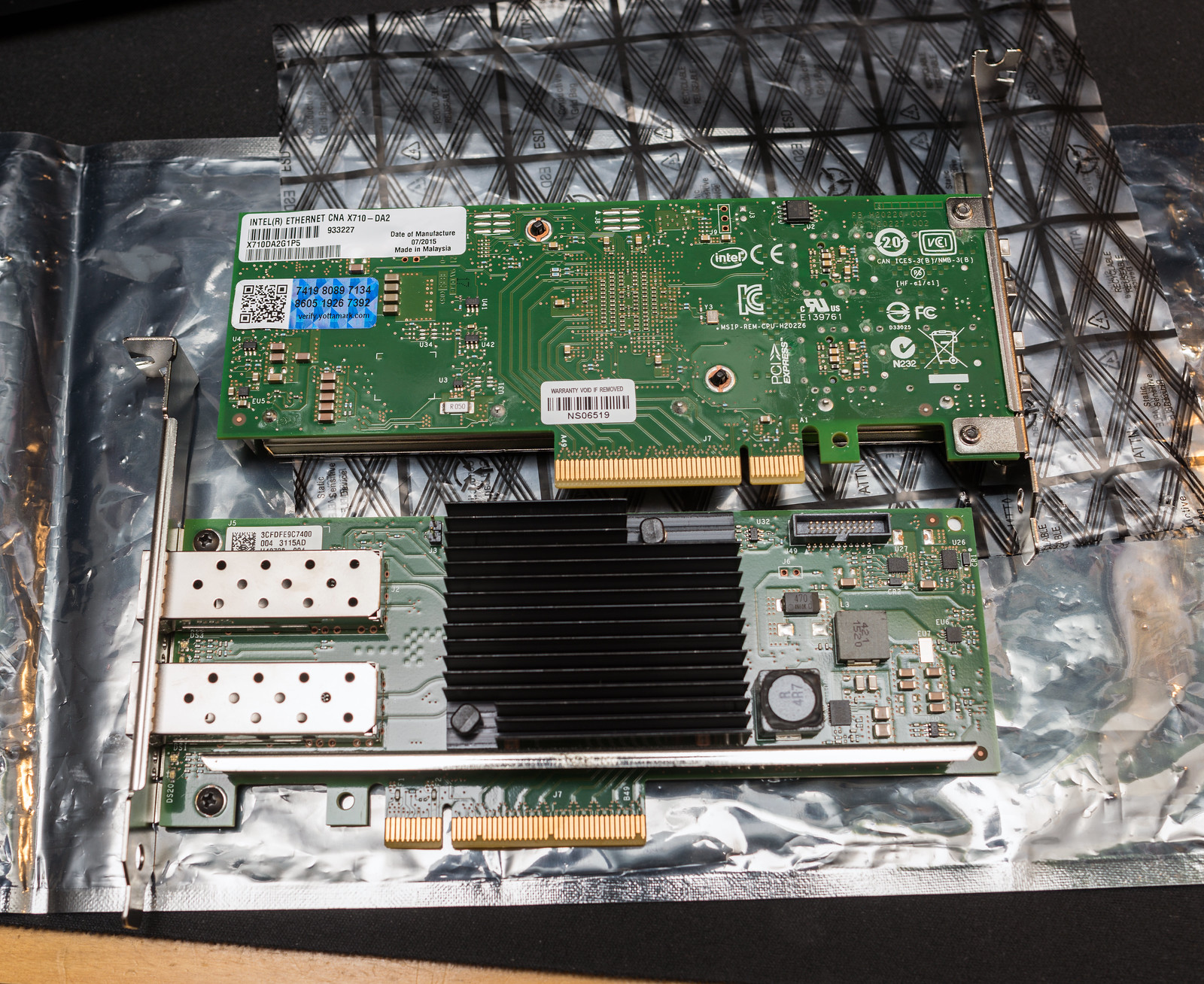 The workstation is now completely filled with expansion cards, making good use of all those pcie lanes that threadripper comes with. Just need to expand my nvme storage and increase the capacity of the hard disks. 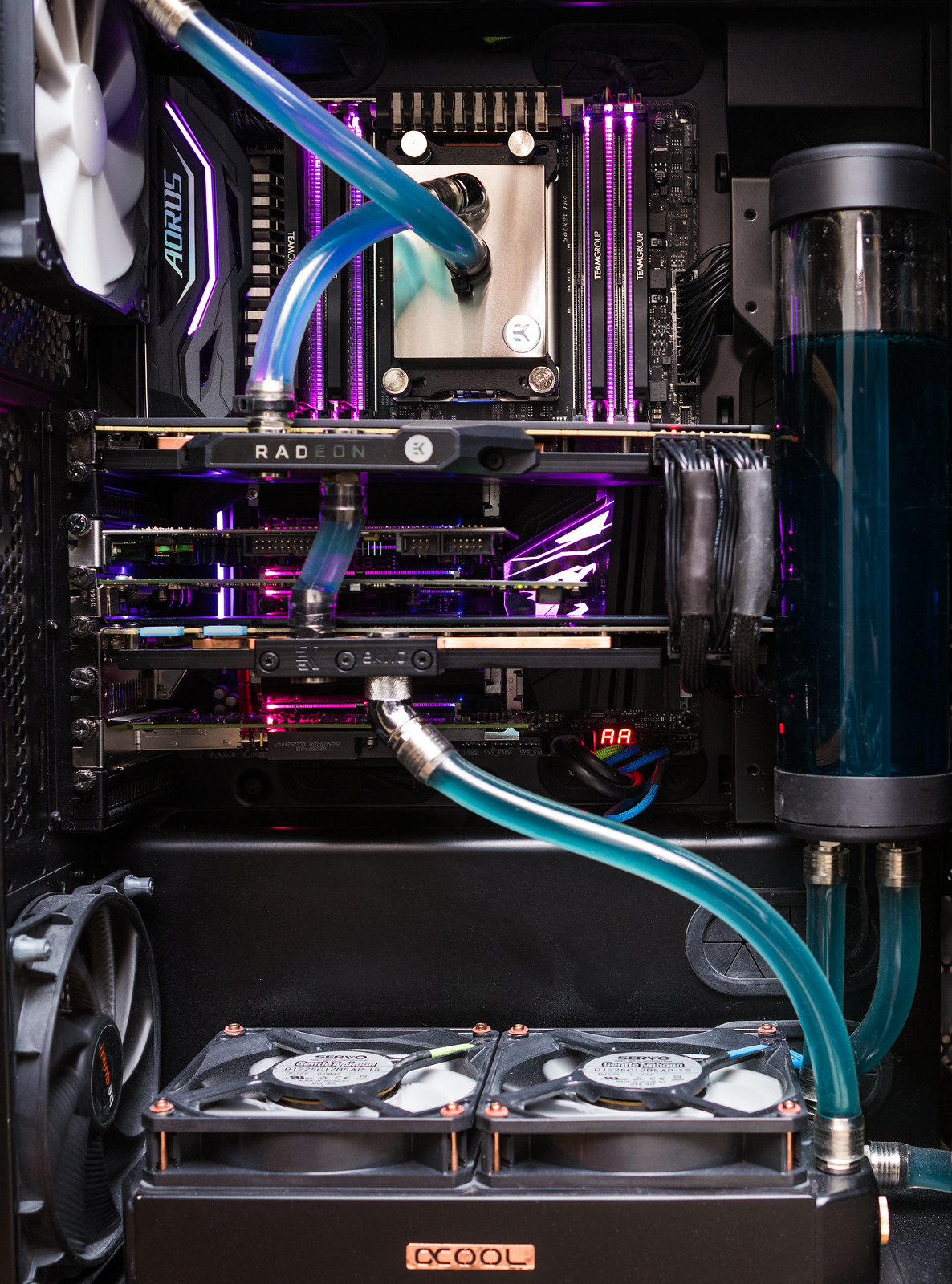 You my friend, have more money than sense. That being said, it's a work of art, and I want one more than I can afford one
Reactions: Tha_14

pricklypunter said:
You my friend, have more money than sense. That being said, it's a work of art, and I want one more than I can afford one
Click to expand...

Without a doubt, it's been quite an expensive build, but I do try to get my moneys worth out of each and every system I build. The old phenom system became my storage server when I moved to the i7 in 2014 and the i7 became my parents pc when I moved to threadripper.

The watercooling was done reasonably cheaply by using 1/2" barbs instead of compression fittings and using diluted car coolant concentrate (as I already have that for the car) which saved a small fortune. The other expansion cards were bought either on the cheap or were freebies.
Reactions: Tha_14
Show hidden low quality content
You must log in or register to reply here.
Share:
Facebook Twitter Reddit Pinterest Tumblr WhatsApp Email Link
Top Bottom