If some of you did not know, Xyratex Technology Limited was a UK based storage solutions company founded by former IBM Data Storage Systems division managers who bought out IBM's HDD factory in Havant (Hampshire, UK) when IBM decided to quit that line of business. The managers paid pennies on the dollar and walked away with hundreds of millions of dollars worth of yet unreleased IBM IP thanks to the in-house R&D facility being included into the buyout. Just in a few years Xyratex went public and became one of the leading OEM vendors of enterprise storage solutions. They were still doing pretty well when they got acquired by Seagate in 2014 for about $375M.

In early 2000s they also founded the Storage Bridge Bay Working Group which designed the specification for a storage platform where the "body" (chassis, power supplies and relatively dumb backplane) were separated from the "brains" (smart controllers supporting multiple data interfaces and advanced features). By the second iteration (SBB 2.0) the standard has become widely adopted.


Their most iconic product was the HB-1235/2435/2425 series of disk enclosures. Variations of the same chassis with different SBB compatible controllers have been sold as components of many storage systems by:


and many many others.
Last edited: Aug 5, 2019
Reactions: BoredSysadmin

Xyratex controllers have a 3.5mm serial console port. Here is the pinout 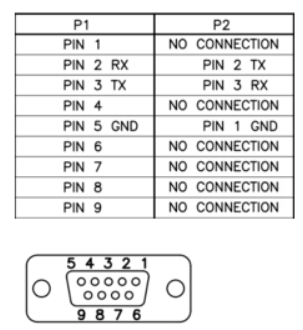 That's what that cable in my drawer is for! I had an old Xyratex JBOD many years ago and needed to access the CLI. Was wondering why I had a 3.5mm to DB9 the other day, ha!

Almighty said:
That's what that cable in my drawer is for! I had an old Xyratex JBOD many years ago and needed to access the CLI. Was wondering why I had a 3.5mm to DB9 the other day, ha!
Click to expand...

Yep let's not even get started about the stupidity of a xyratex "USB" plug to DB9...
ESP. the RJ45 to RS232 that can clash with POE.