My work was throwing out hardware they didn't need and I managed to grab a Supermicro SC836E16-R1200B chassis, 10x 1.5T and 4x 1T Seagate disks. My plan here is to migrate my existing ZFS pool (6.2T used) to a new pool consisting out of 1 RAID-Z2 on the 10x 1.5T to be used as storage and creating a 2x mirror on the 1T disks for the more active workload, adding to this I will insert my existing 1T ZFS mirror for the OS.

The chassis came with a basic JBOD board but I want to move my existing server hardware into this new chassis, so far I've found out that my ASUS P8B-C/4L motherboard requires a breakout cable for the FP headers (Which I've managed to find) but I was wondering if there are any other things I might encounter before I attempt this move.

The only things I found out so far is that the PDU has a cable coming out of it which I probably wont be able to connect to my motherboard and that the fans are way to loud for placing it in my closet. My plan is to replace the fans with Noctua NF-A8 PWM fans, anyone got better suggestions?

And another question, according to the manual of the SC836 there should be 3 fixed 2.5" mounting points, any idea where these mounting points are? Or do they mean the 3 small bays aligned next to to the power button?
Last edited: Jun 12, 2017
I

Use supermicro pwm fans.
Yes, there are special trays that can be used for ssds instead of a odd or FDD.
K

Are there any silent supermicro PWM fans? Like sub 26db or so?
A

To avoid mangling your case you'll need to remove the fans from the housing and put them into your existing ones, but it's not too bag. Just did it on two SC826's.
I

There are 80mm sm fans that are under 25db, but I wouldn't use them in a storage chassis like the 836.
K

To avoid mangling your case you'll need to remove the fans from the housing and put them into your existing ones, but it's not too bag. Just did it on two SC826's.
Click to expand...

Thanks, after fiddling around with the current casings I managed to find out how to replace the fan in the housing.
K

Any idea what kind of temperatures can I expect with this setup?
I

Kevin Meijer said:
Any idea what kind of temperatures can I expect with this setup?
Click to expand...

I can't say what temperatures you will get, I know that in my chassis with noctua fans the iodrives reported high temperatures and issued warnings.
K

i386 said:
I can't say what temperatures you will get, I know that in my chassis with noctua fans the iodrives reported high temperatures and issued warnings.
Click to expand...

I take it you also use a SC836 or similar chassis? And if so did you replace all 5 fans and how did you connect them, onto the backplane, motherboard or straight power?
I

I connected the chassis fans to the mainboard with a 1 to 5 pwm header cable from evercool (That mainboard had only 2 headers for system fans).
The noctua fans were in the housings from original sm fans (similar to the mods suggested here: Supermicro 846 chassis noise level)
K

Wont those fan be slowed down because of the splitter and causing low RPM and thus the higher temperature?
I

No, it uses the pwm signal from the fan header on the mainboard and the power diretly from a molex connector: 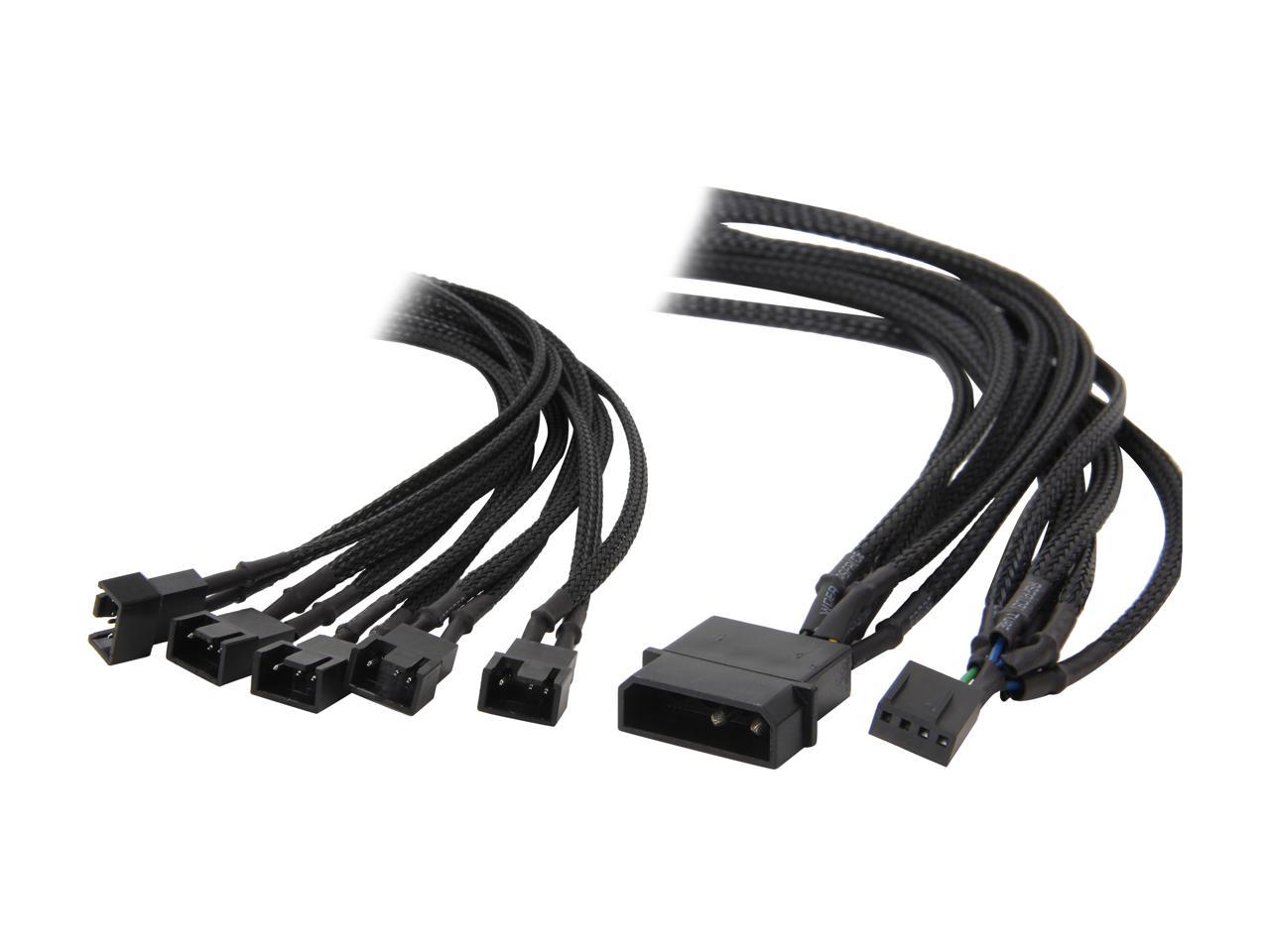