My May 2015 Workstation Build

Every so often I build a nice workstation for myself. As much as I like building servers, I am completely nervous every time it comes to make a workstation because I grew up with some jet engine/ leaf blower hybrids. @MiniKnight challenged me to build something better than my December 2013 Workstation build, and I think that is a challenge worth taking up so here it goes.

Old build
This one went through a few iterations. The build runs well under 35dba even playing a 3D game. Absolutely awesome!

Reasons for the new build
Planned new build
If your first thought is that that is an extremely dense system for that much power, it is. The big unknown right now is storage cooling. Otherwise I think the system can run sub 25dba for most things I might use it for.

The first thing I did was clean out the chassis. The X10DAC is very large and the SC732 is relatively small. I ended up pulling out the firewire cables. They were very large and I never use firewire. I never realized this but the cables plug into a PCB on the front panel with motherboard like connectors. One zip tie snapped and it was working. @MiniKnight you are right on the SAS connectors. I just ordered right angle connectors which will hopefully help.

"Only" using the first 64GB for now. I have 256GB tied up in a test rig that should be done soon.

Build Day 3: Old model meet the new model
This is always awkward. Whether it be cars, romantic interests or primary workstations. But it is time to move on.

I ended up grabbing a Seasonic 660w Platinum PSU. I would go bigger but realistically it will never use 600w and I wanted efficiency and silence.

The case is crammed but 34.8dba and there is actually a solid amount of airflow. So absolutely no issues.

Your gettings into heat to noise ratio territory. I personally would water cool it but since it is most likely your first walk in the water park I think I would stay away from it. How much ram is your target? Is there a reason for not splitting up VM hosting? other then it just being a Killtacular of a machine?

@TechIsCool - My first Core i7 machine and two subsequent were water cooled so would not be new. Current setup is quieter than my old pump and very low noise. Even with quick releases air cooling is lower maintenance. Moving to Haswell-EP (and likely not 100% load) should be fine. I may keep it to 115w CPUs or lower just for that reason.

Killtacular of a machine but more realistically just means one less box and VM to local workstation happens at Hyper-V switch speed.

I ended up using a ASUS TS700-E8-RS8 barebones kit I had here, threw in a couple E5-2698 v3's, 128GB DDR4, 2x Titan Blacks. Using 2x SanDisk X210's in Raid 0 for OS and just a mix of HDD's for storage. I am always short of nice HDD's but I have been looking at a couple 5TB drives to replace these older 2TB WD greens and some other odd's and ends.
Reactions: MiniKnight

Time for you to post a build thread with pics @William

@Patrick thanks for taking the challenge. I don't think you'll have room in such a small case with that mobo. You might try these: http://www.ebay.com/itm/Adaptec-228...429?pt=LH_DefaultDomain_0&hash=item43d84a0ccd as a possible solution. Gonna be really tight SAS cabling.
W

Oh yeah I will soon, getting ready to start being very active here
Reactions: Kristian, T_Minus and MiniKnight

Ha! I read this post and was thinking - E5-2698's that is impressive since those are hard to get ahold of. Then I realized who William was Very excited.
Reactions: William
W

They were my very first V3 chips, I got them several months before release. Now I use E5-2699 V3's for review work, both are beasts really. Its hard to load them up because they can handle such heavy work loads. I can't wait for the E7's to show up, if you know me then you know I love cores, and lots of them LOL
Reactions: SSS
W

Shoot, Patrick you get some pretty nice toys also

How stable has the build been?

@Patrick, E5-2650v3 is a decently balanced chip... 2.3ghz 10c, 3ghz turbo and 105w tdp.
A touch low on the clocks for my style of workstation but should be more snappy than your old one with many more cores than your old one.
Should also be easy to find a reasonably priced one.

William said:
They were my very first V3 chips, I got them several months before release. Now I use E5-2699 V3's for review work, both are beasts really. Its hard to load them up because they can handle such heavy work loads. I can't wait for the E7's to show up, if you know me then you know I love cores, and lots of them LOL
Click to expand...

E7 boards are ridiculously expensive...
I like cores too.

Ahhh my kind of person

OBasel said:
How stable has the build been?
Click to expand...

Thank you for the tip @Patriot. I may give that a try. Haswell-EP has better core management too so power should be a lot better.

Fired up the ASUS GTX 970 today while waiting for SAS cables for the new build. These things are so cramped that I do not want to have to uninstall and re-install everything on Monday evening.

First impression: WOW. Big card compared to the Quadro K4000. The ASUS is big and heavy with a massive cooler. I have yet to hear the fans though.

Here is my question: why in the world does NVIDIA make mainline cards with DVI-D, DVI-I, HDMI and DisplayPort? I had to dig for a DVI-D cable for my second HP ZR30w since I could not use two DP cables as with the Quadro single slot card. Is the expectation that many years after multi-high resolution displays became a reality, people are buying one DP monitor and one DVI monitor plus hooking up to a lower resolution TV? I am totally perplexed here. I know most people still only hook up one monitor to their PC's but the GTX 970 is not exactly a low-end card.

I can do the math. The GTX 970 has been around for awhile. I just wanted something silent (for what I do) and new.

Interesting note - while grabbing my DVI-I cable I found a Intel DC P3700 400GB AIC and both a AIC and 2.5" DC P3600 400GB. I think NVMe is multiplying as a signal of things to come.
Reactions: CreoleLakerFan, Patriot and T_Minus

Nvidia has yet to get aboard the DP train. That has been AMD's thing for years.
There are a few GTX970s with more than one DP ... but most have just 1.

I too can relate to your view. However, from an engineering point of view - having multiple output selections is a necessity while having multiple monitors is a luxury. While the 970 may be a new card, it still falls into the upper-midrange consumer territory.

This is something AMD has been getting right on their pro cards. 6 x Mini DisplayPort 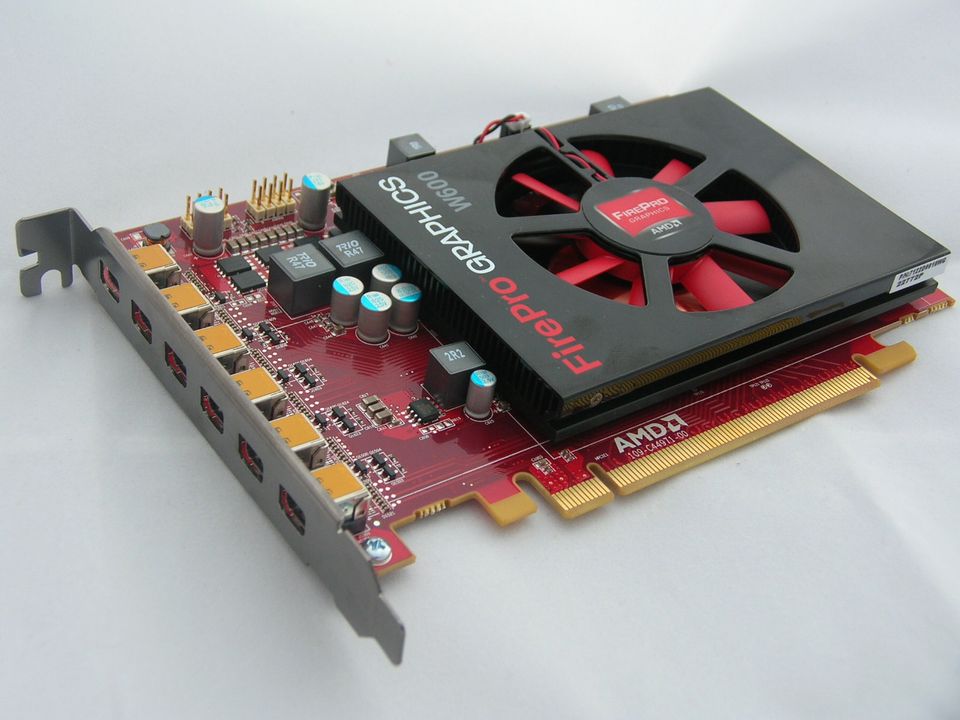