Just noticed the xeon E5-2680 v4 has dropped to $168 with OBO now. This vendor most likely won't cut much on BO, but love to see the price of xeon v4 keeps dropping. 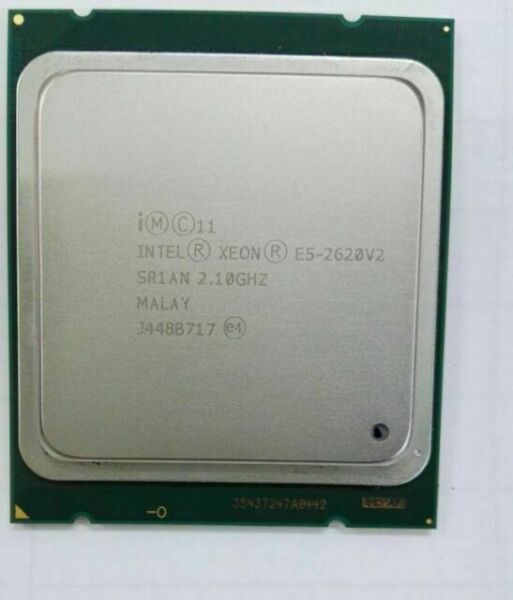 Good to see the v4 series are dropping, maybe with more corps moving to AMD the decline will continue.

The decline is more likely due to v4 hitting 5 year EOL which for many companies is upgrade time and the servers being sold off to resellers/recyclers.
Doubtful that AMD has anything to do with it.
Reactions: Tha_14, Emulsifide, EasyRhino and 1 other person
T

For the 2680v3 vs v4 you get 2 more cores but base clock speed drops from 2.5ghz to 2.4ghz (turbo speed stays the same 3.3ghz)
Usually a little faster clock speed or more cores and reduced power usage/heat generation when compared to the like for like though.

I believe you would also lose the ability to use the all core turbo trick with v4, so v3 might still be on par or better on most metrics (aside from power usage of course...)
Last edited: Aug 14, 2020
Reactions: e97 and Marsh
F

Damn, I got dual E5-2697 v3 a little while ago. It looks like this would be a lateral move / small downgrade, but for half the price and lower TDP... hmm. Great deal!
E

I also think it's probably a enterprise retirement windows starting to kick in. the v3 prices (per cpubenchmark) dropped like a cliff a couple years go.

the v4 does drop down to 14nm, so it might get you lower electricity or heat or more cores for same electricity.
Reactions: james23
L

The V4's have a few improvements over the V3, run a bit faster, use a little less power, have DDR4-2400 instead of 2133, a handful of improvements internally that probably don't matter a lot depending on what you're interested in doing.

Both are used for GPU based high-performance computing. The E5-v4 is really well suited to workstation-level, 1S, GPU compute with its single PCIe root complex.

I'm seeing the E5-2699v4 22 core monsters starting to appear in larger numbers and much cheaper than the 2687w, which I'd like to have. The 2667's are pretty cheap, frequency optimized and much cheaper since no one wants one.

The challenge is getting a good motherboard. X99 boards were pretty plentiful, but suddenly the supply dried up. Lots of sketchy boards, newly made from leftover or recycled X99 chipsets have hit the market.
Reactions: aij

X99 was made obsolete in March 2017 anyways. Unless you already own a X99 board, don't bother and just go with Ryzen.

X99 was an odd duck. It was definitely the Consumer/Enthusiast Desktop chipset offering for 2011-3.

But, because it cost less than the C612 Chipset and Intel included support for Registered ECC, it was also positioned as a cost effective option for lower end Uniprocessor Server and Workstation boards.
Reactions: T_Minus

Markess said:
X99 was an odd duck. It was definitely the Consumer/Enthusiast Desktop chipset offering for 2011-3.

But, because it cost less than the C612 Chipset and Intel included support for Registered ECC, it was also positioned as a cost effective option for lower end Uniprocessor Server and Workstation boards.
Click to expand...

Yeah, there were a bunch of x99 based workstation and small server boards. I have an ASUS X99/WS/IPMI and an X99-E/WS, which happens to be the same board in the Nvidia DGX Station with 4x GPU's...

For my purposes anyway, I think they're better than Skylake Xeons, which cost a lot more and have that weird core-mesh-fabric thing, not mention run hot as a pistol. The E5-v3/v4 have a single PCIe root complex, which is good for peer-to-peer GPU.

I wish it were easier to find new in the box X99 workstation class boards. The CPU's are great, cheap and plentiful. Beware of newly-made x99 boards from China, using recycled or leftover chipset inventory. Some are pretty scary.

E5v3 to E5v4, you can read about online. 22nm to 14nm process node shrink, handful of internal improvements that make them better for some purposes, like virtualization. In other cases, probably doesn't make any difference.
Reactions: Marsh

EasyRhino said:
I also think it's probably a enterprise retirement windows starting to kick in. the v3 prices (per cpubenchmark) dropped like a cliff a couple years go...
Click to expand...

wow that was quite the cliff / dropoff on the v3 s about a year ago,

but check out the drop / cliff the v4 s are in for when this updates next month: