Hi,
Until now I was using a LackRack at home and I wanted to switch to a more compact steel rack with only rack mountable devices. In the LackRack I was using a classic ATX tower with 3 Supermicro 5 hot-swap bays. The major issue with rack mountable servers is the depth, so I checked if short depth server cases with only hot-swap bays exist. I found the Rackable Systems S3012 which is 39cm deep, perfect for a studio rack like a Samson SRK8.
I found a S3012 on eBay for 160€, and resold the mainboard, CPU and RAM (Opteron). The S3012 case has 2 problems: the mainboard backplate is directly cut for the original mainboard, and cooling is limited to 3 80mm fans. 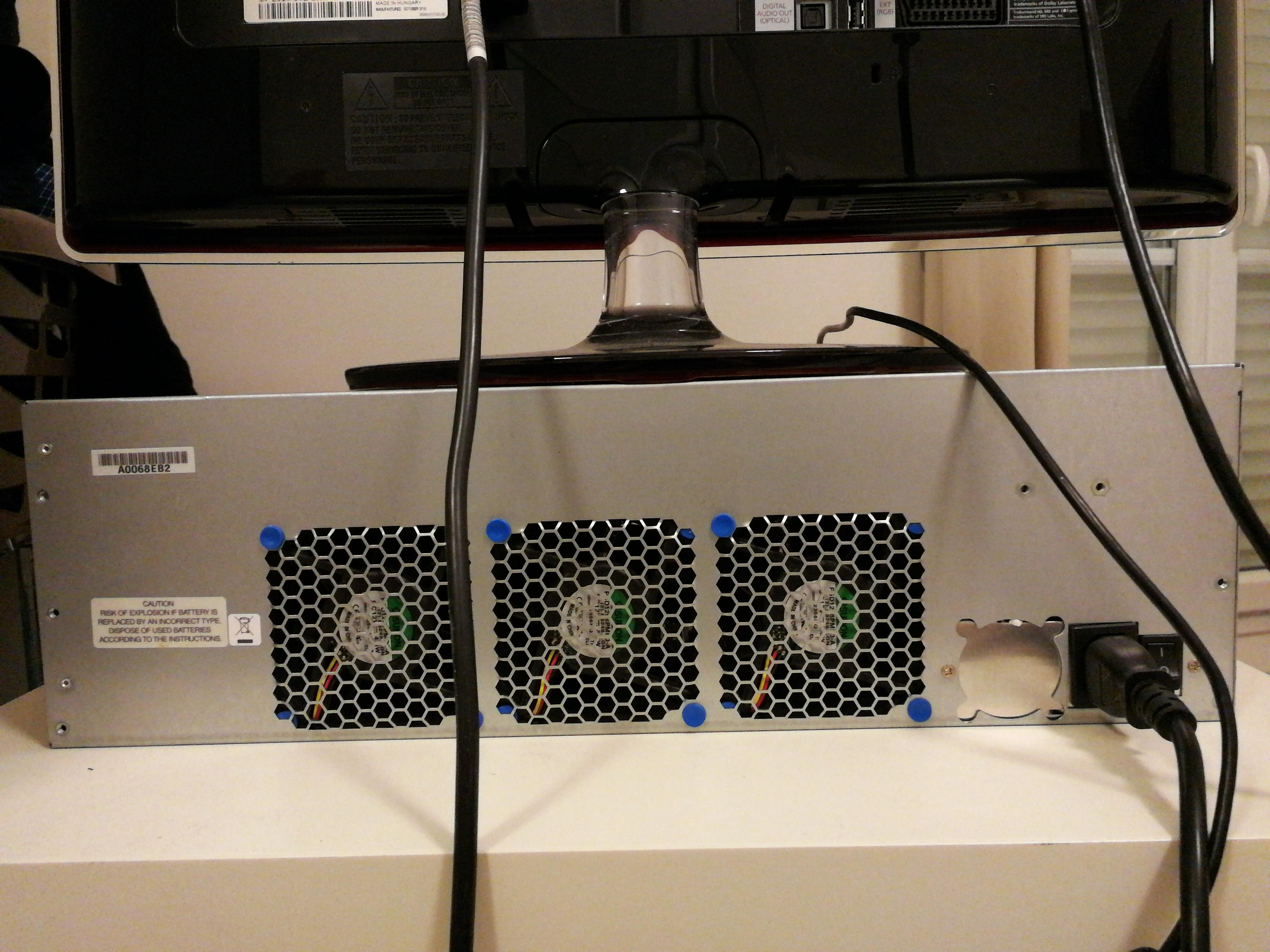 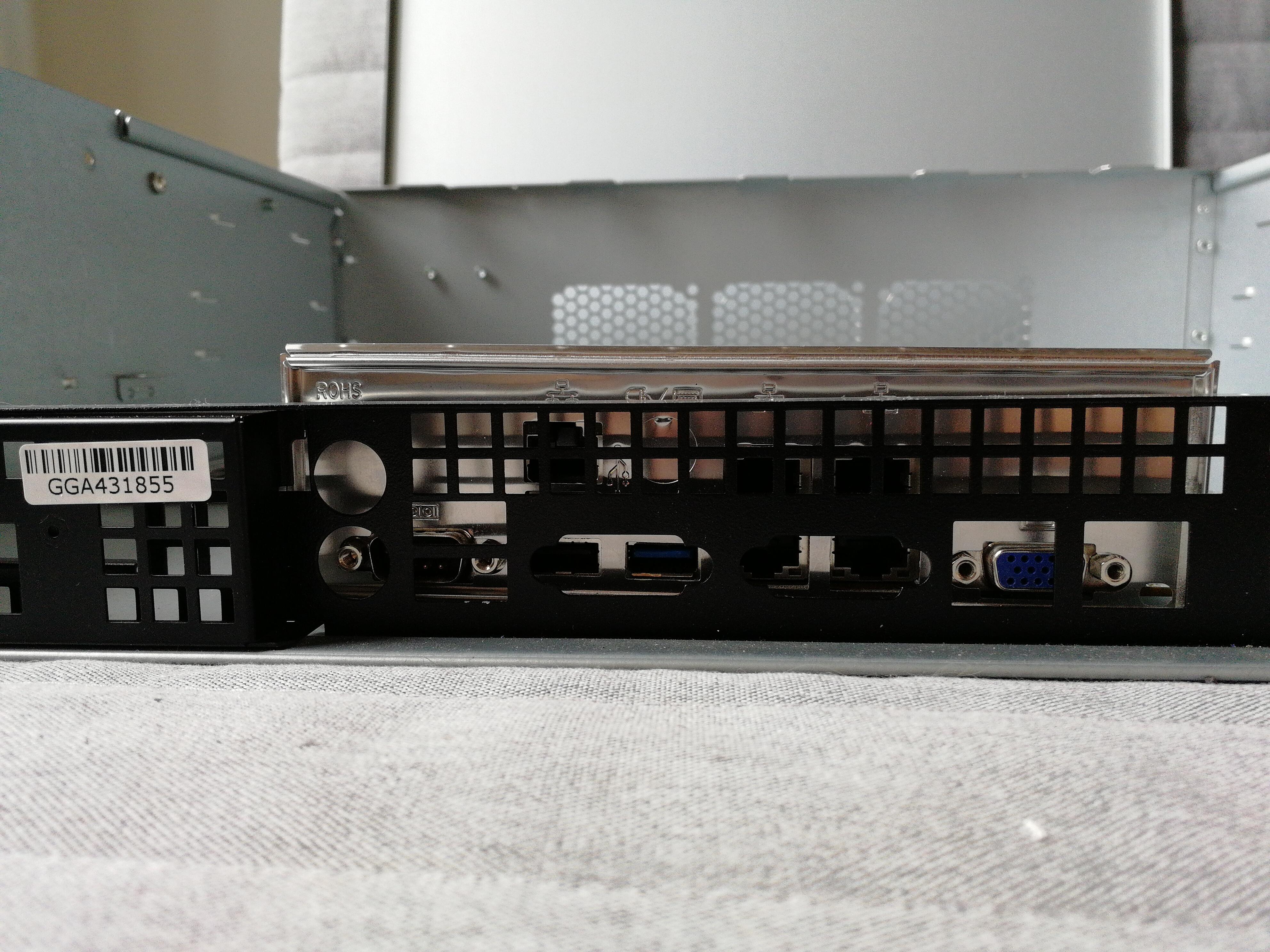 A friend offered me to modify the case to fit 120mm fans, an SFX PSU and the mainboard. I ordered a watercooling 360mm fan grill to fix the fans and keep the case rigid. 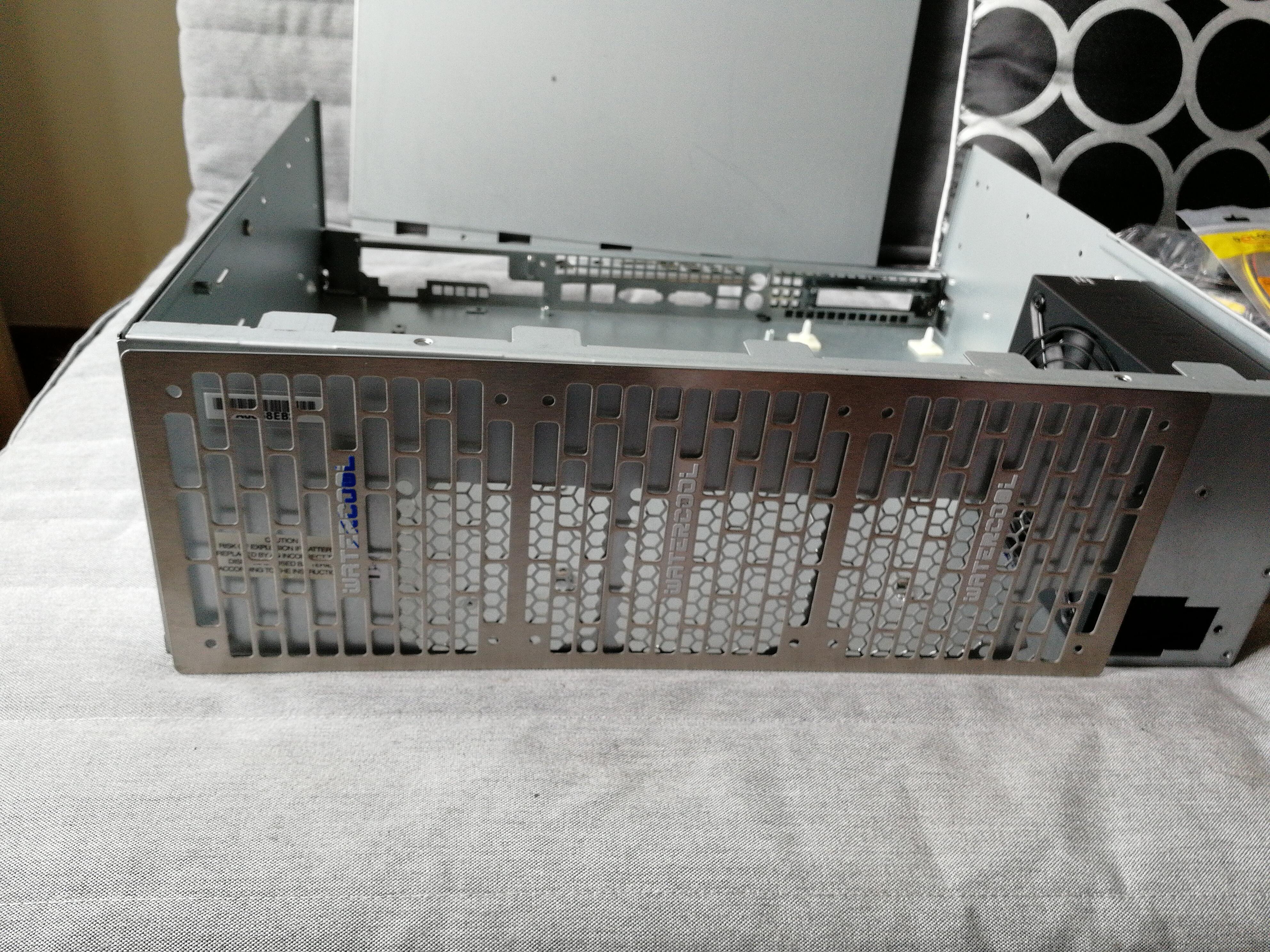 First, he made a drawing with the dimensions to prepare the cutting. 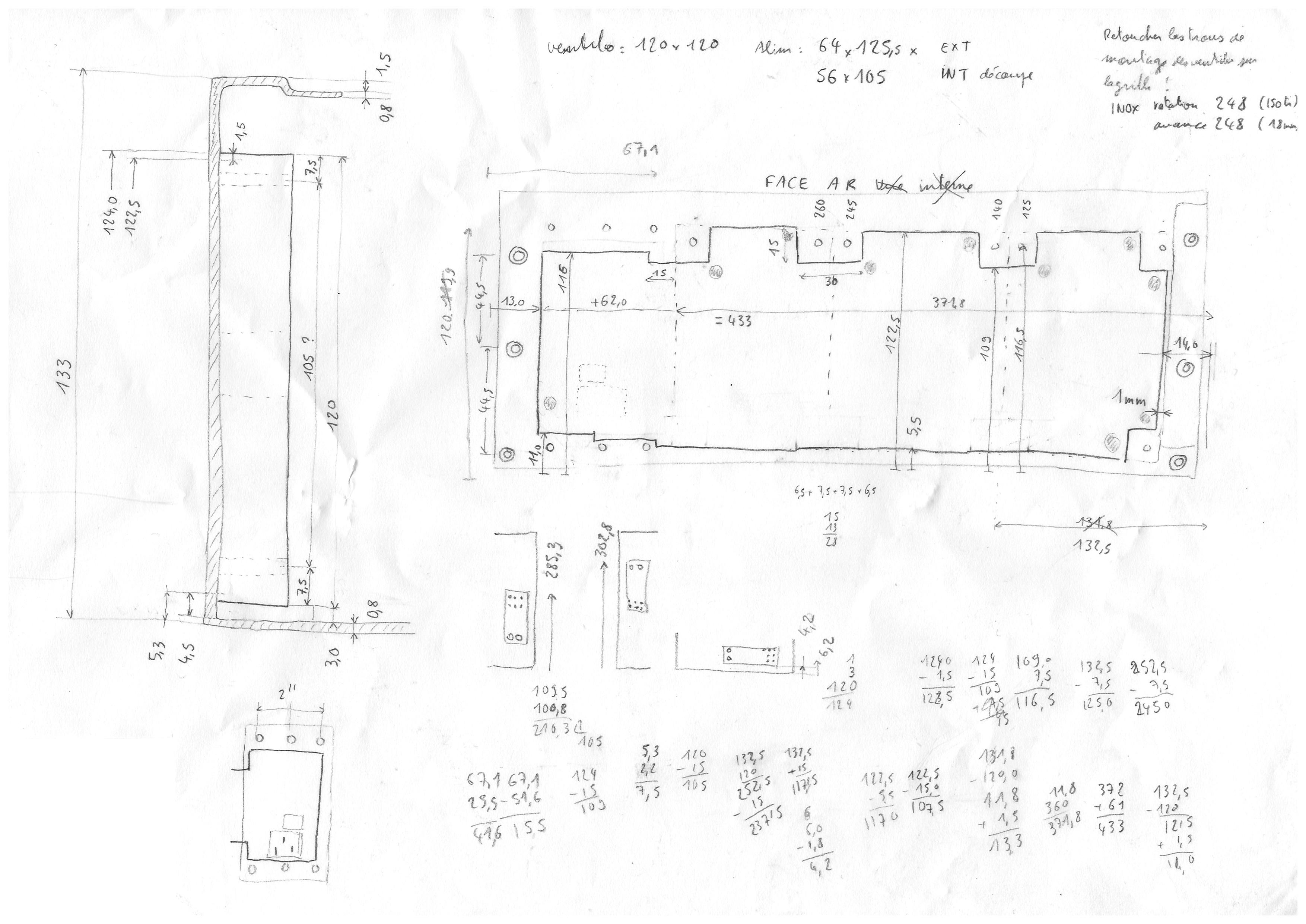 Then he drew the cutting areas directly on the case. 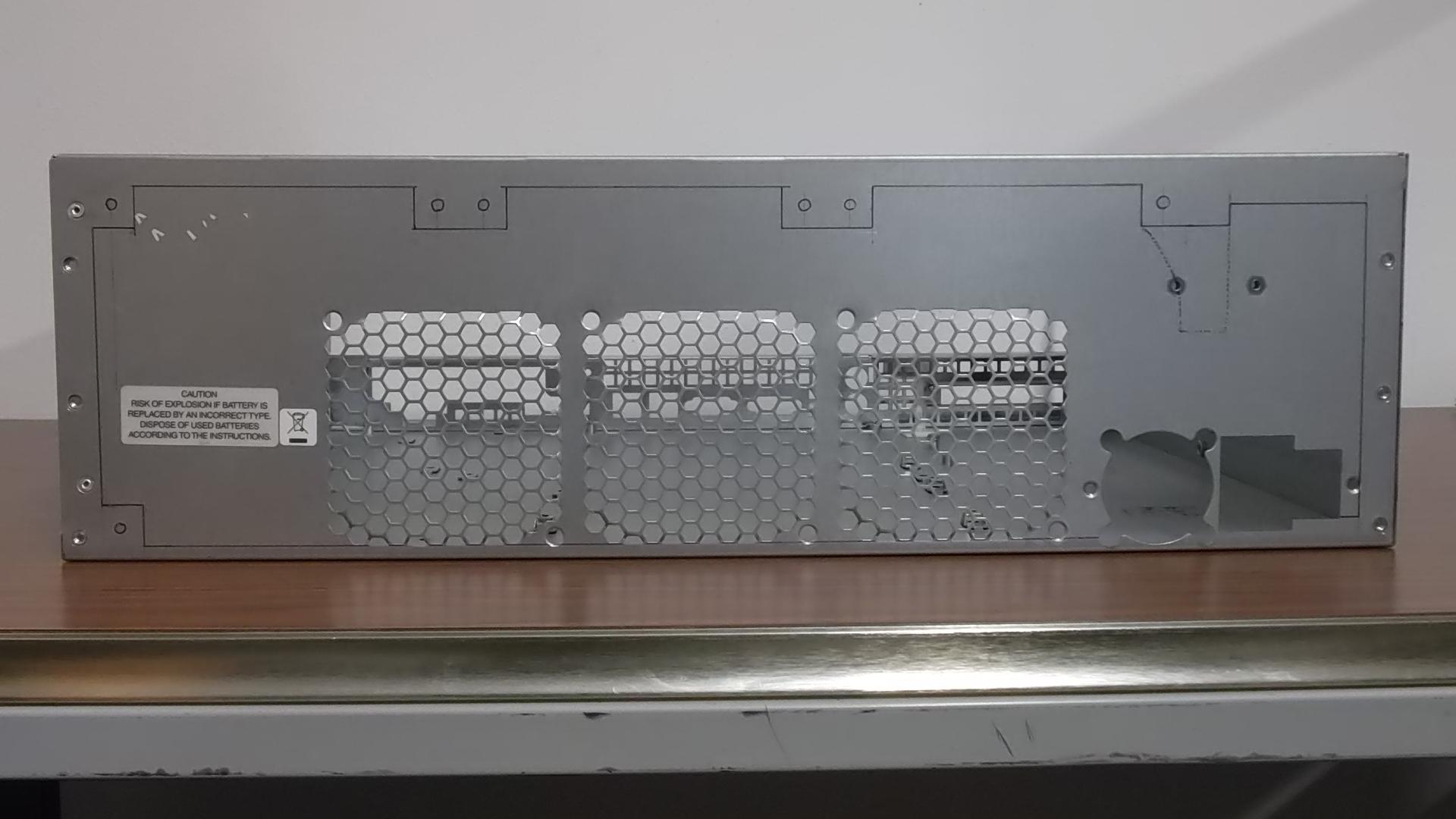 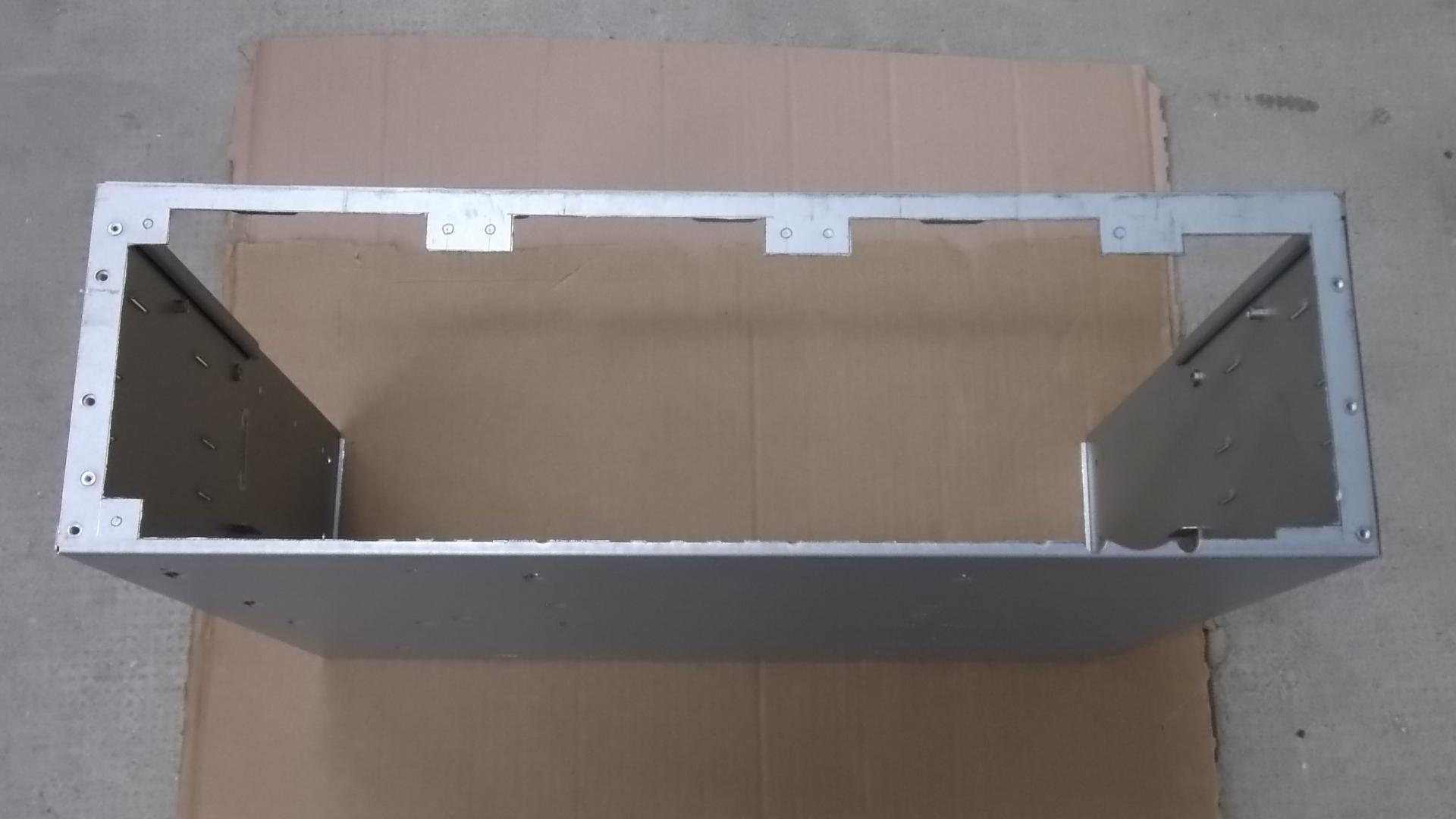 Then he drilled the holes for the fans and PSU mounting. 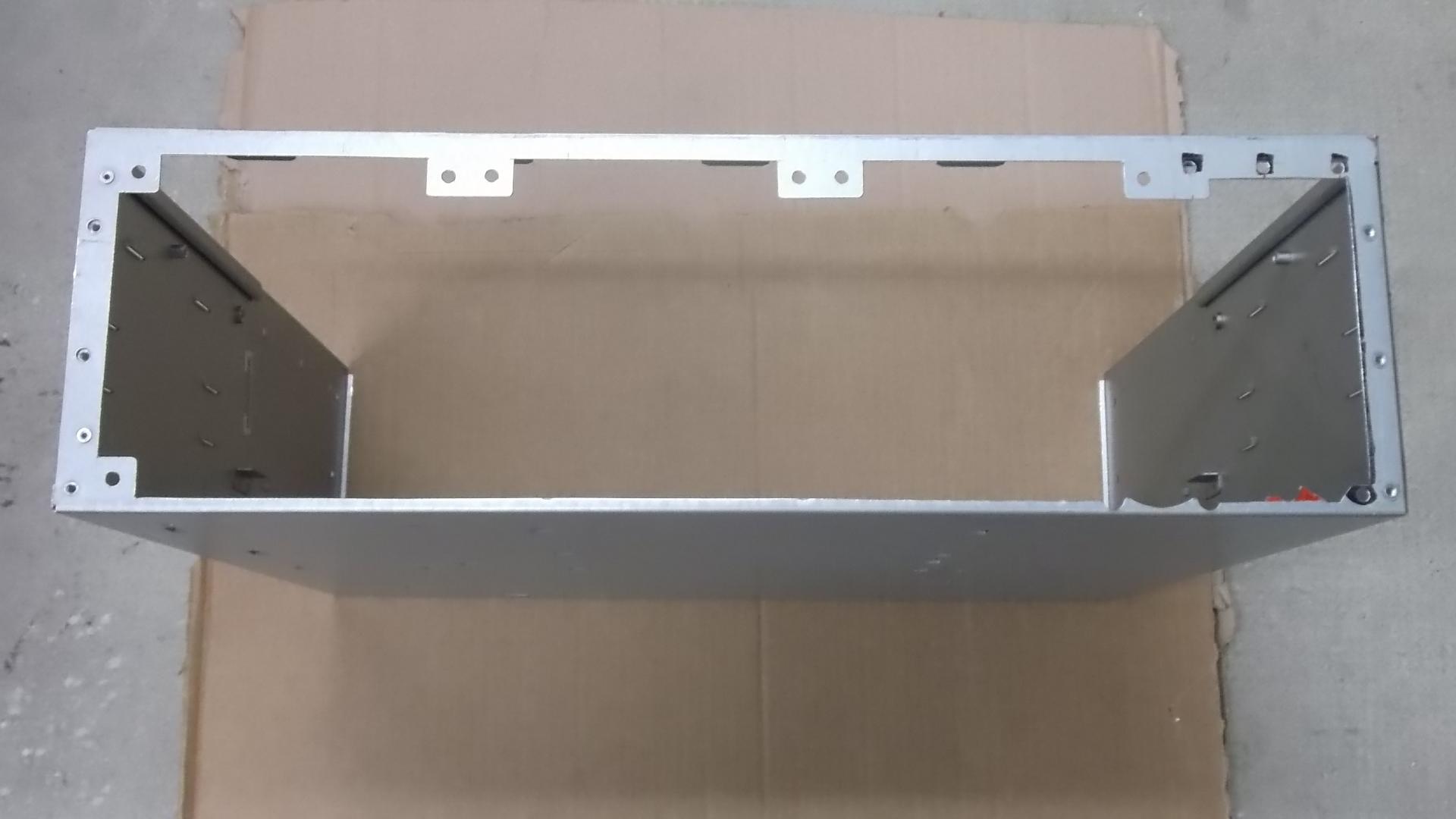 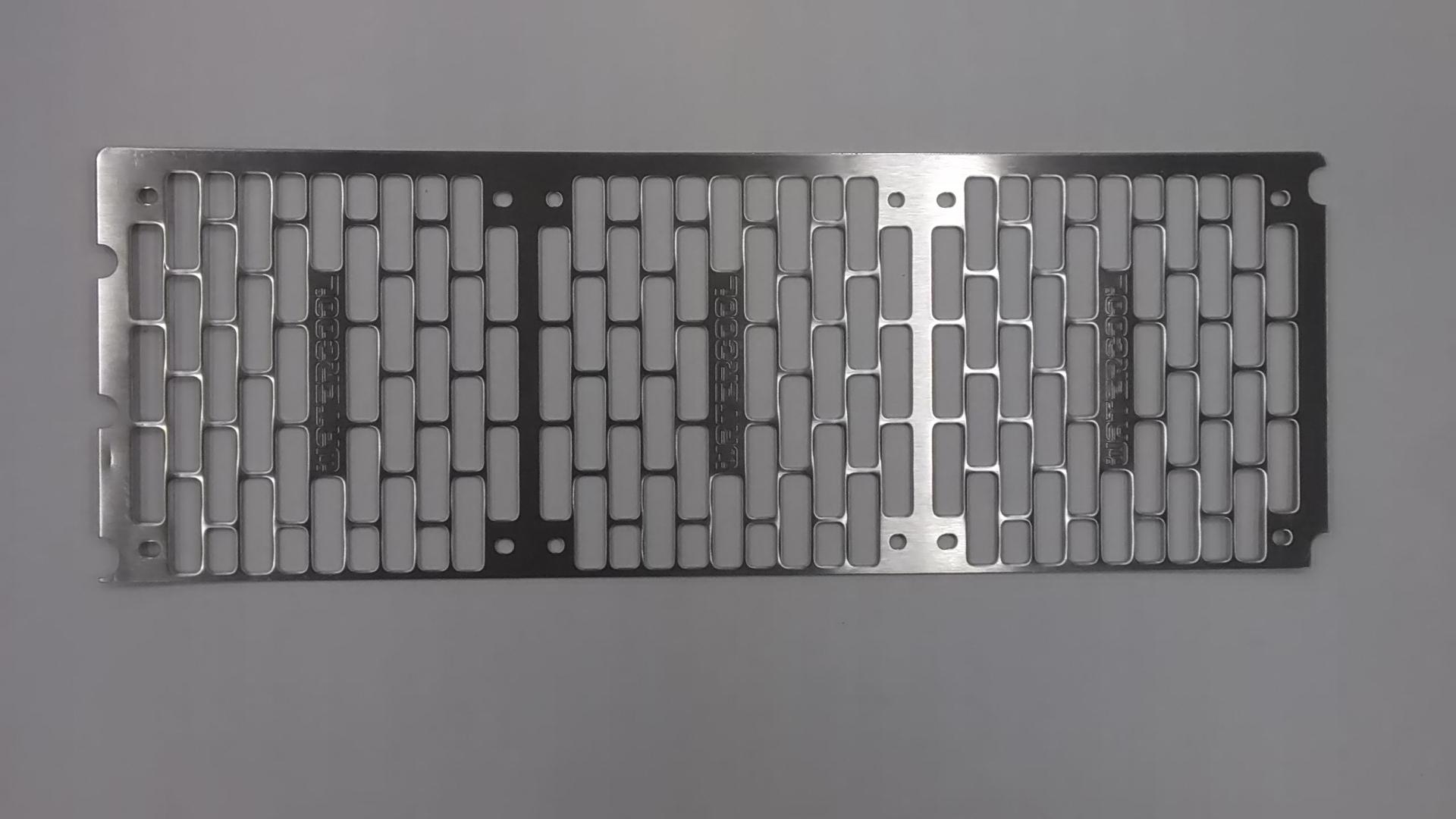 With fans and PSU mounted 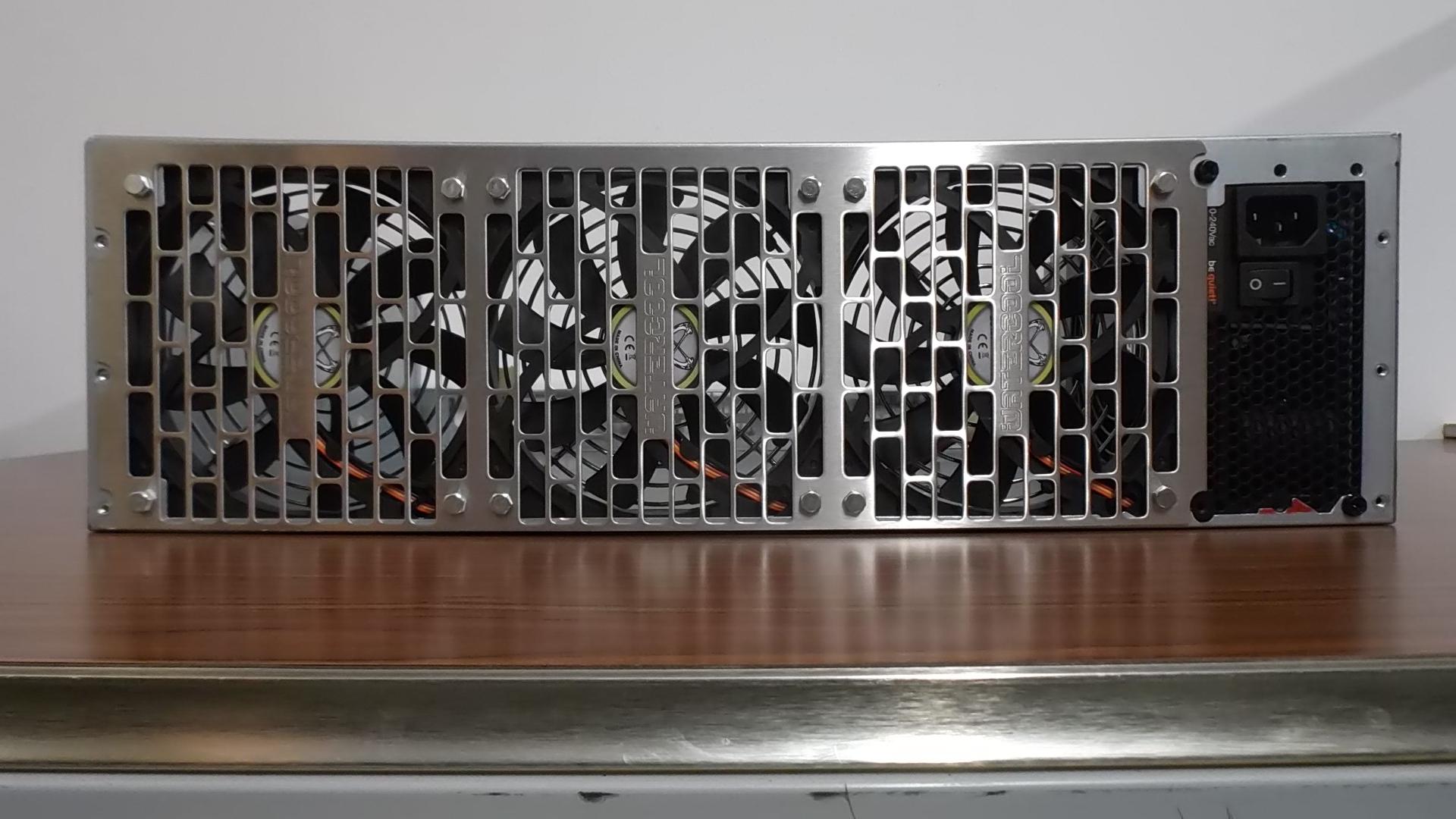 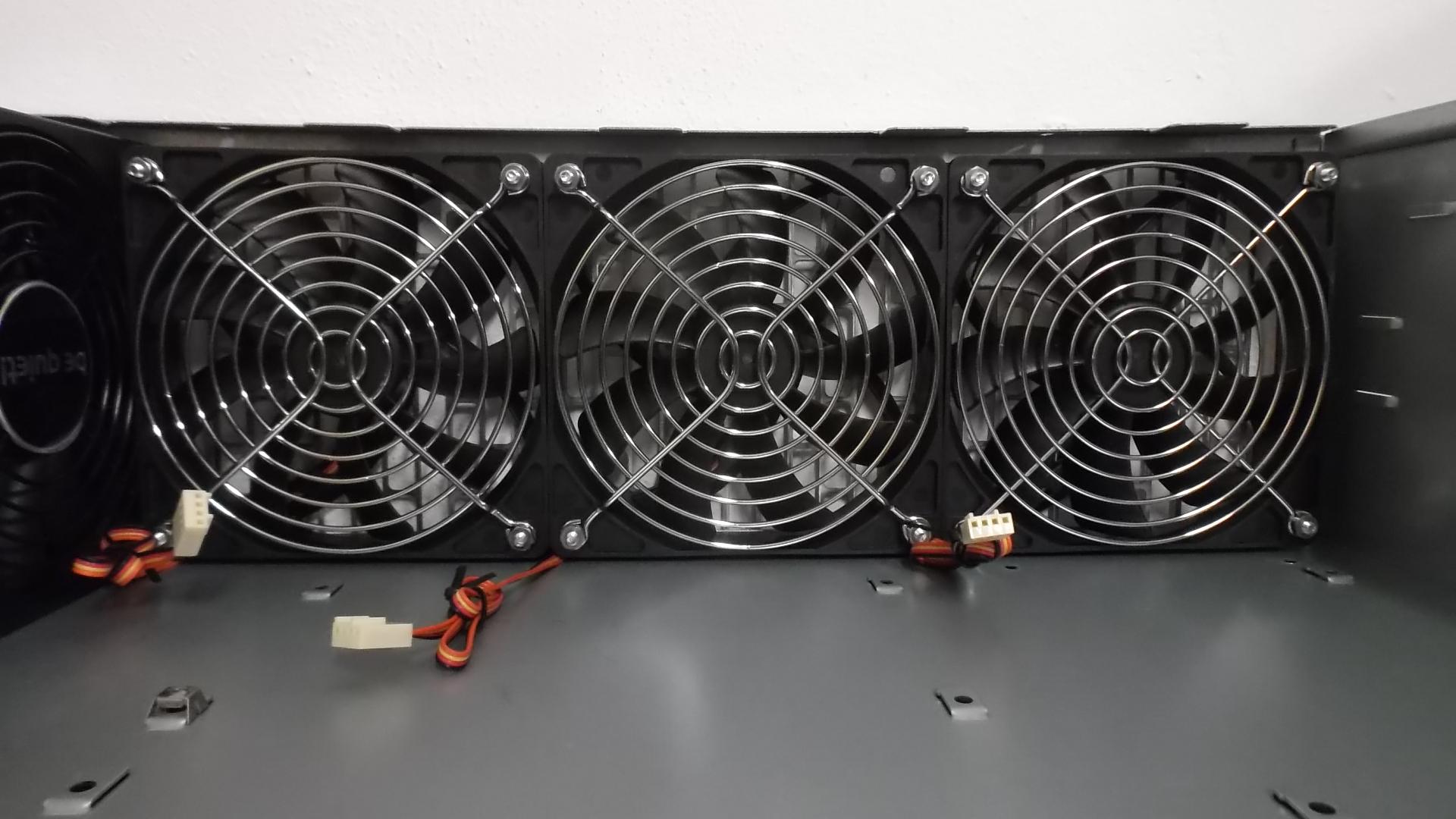 After the backplate support cutting 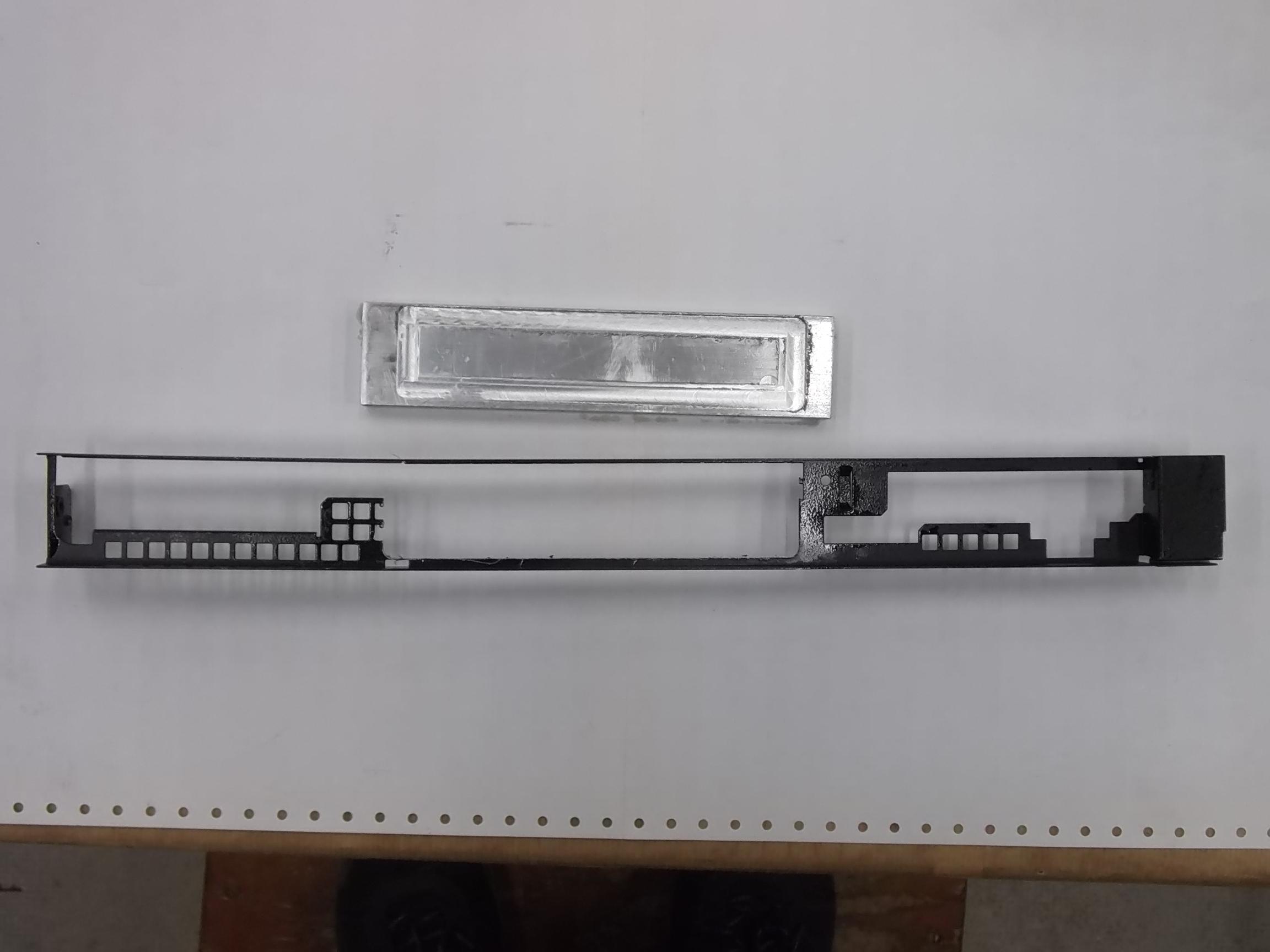 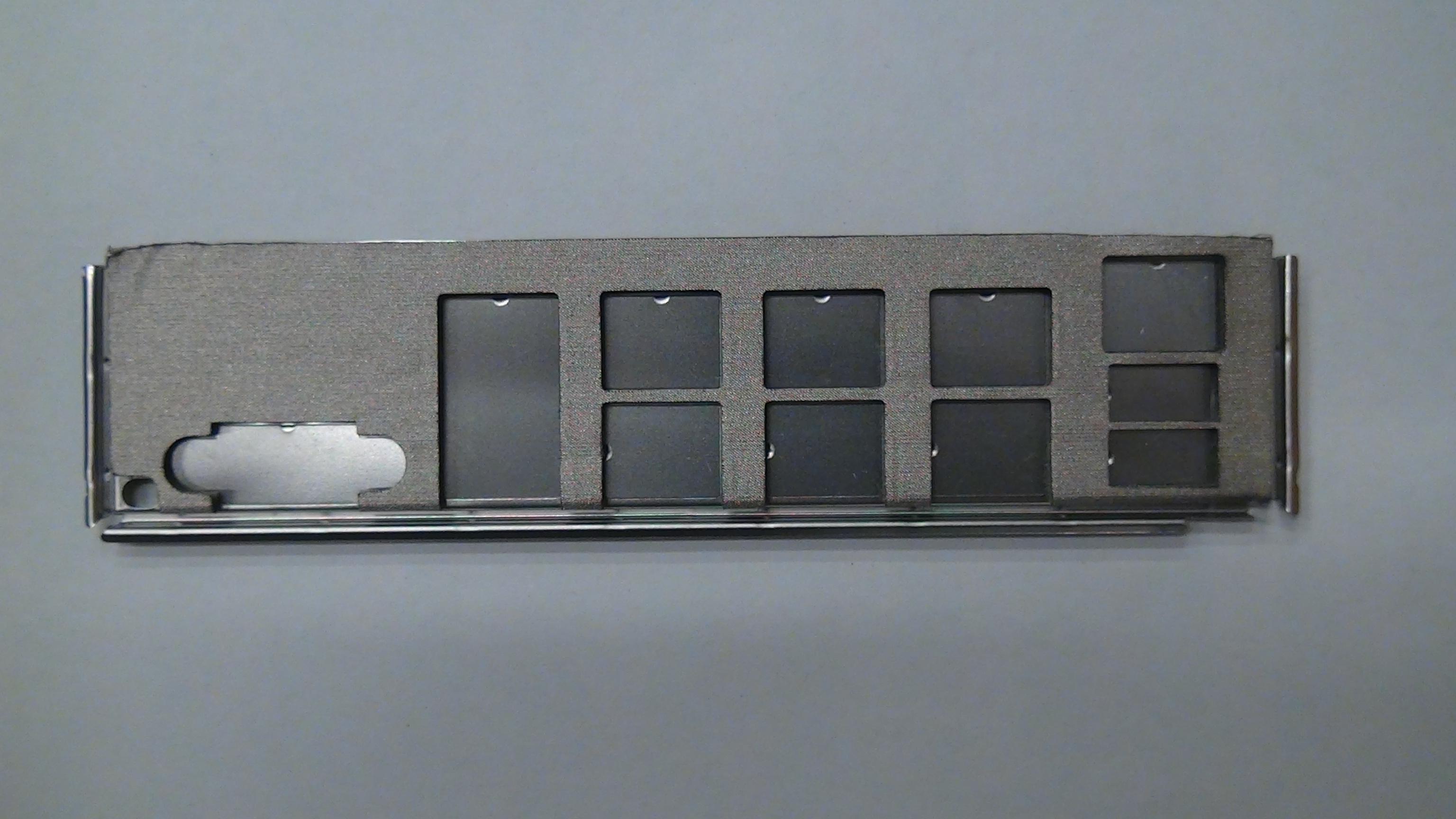 With the backplate mounted on the server 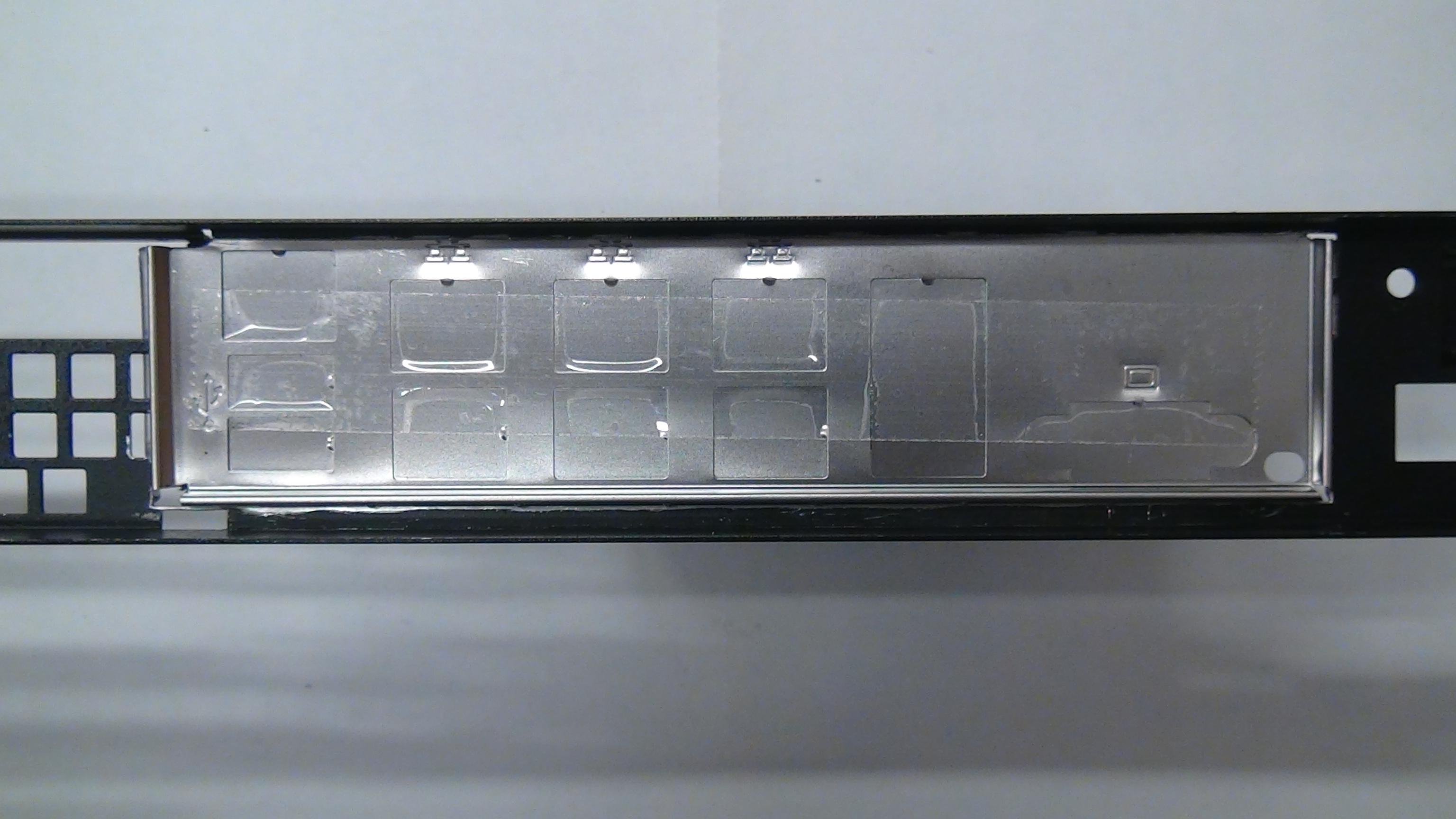 On my side, I wanted to keep the LCD screen mounted on the case, but the screen is powered with a specific connector plugged on the "always-on" 5V ATX output of the PSU. So I managed to solder the connector on an ATX extension cable. 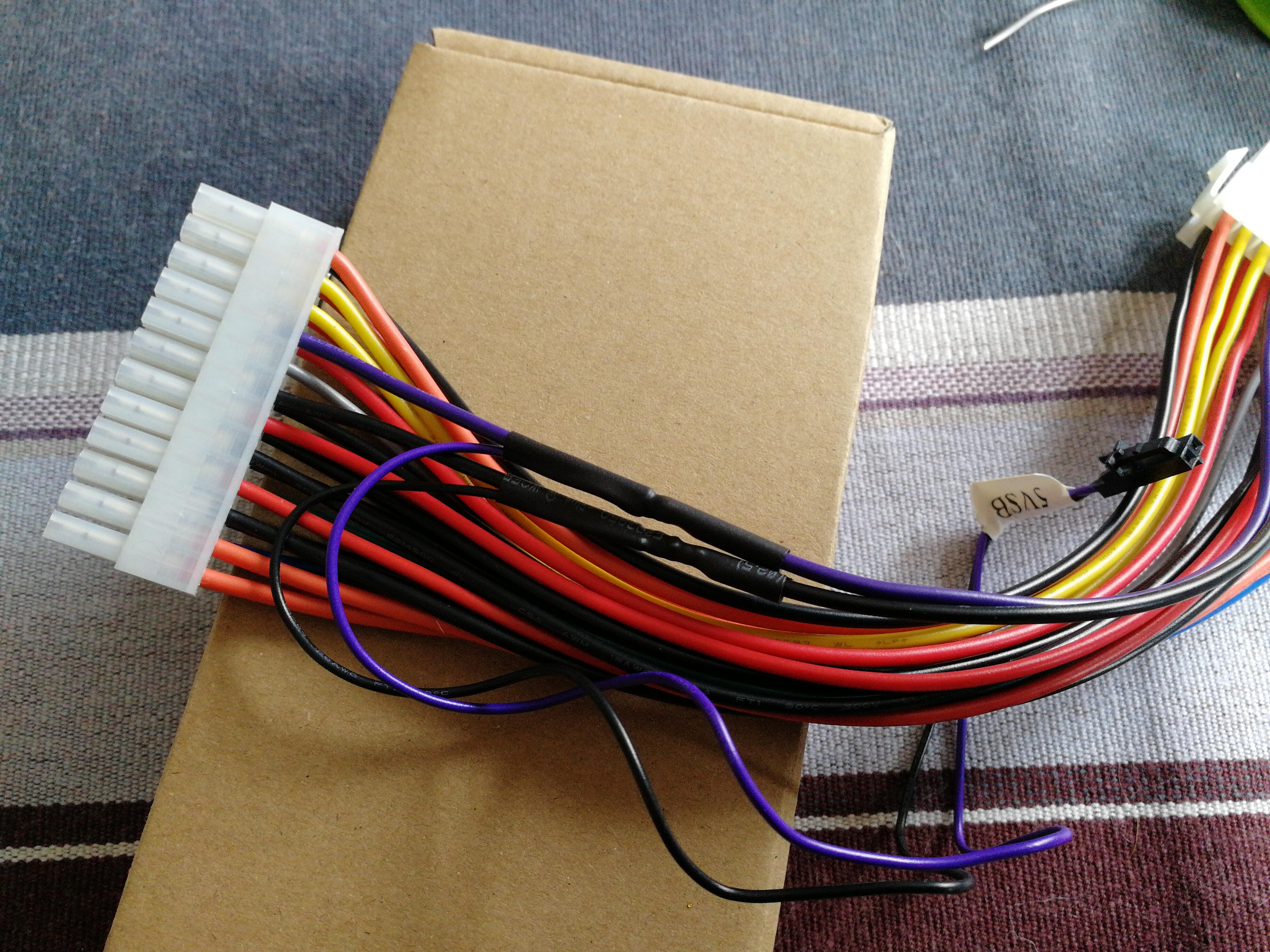 The backplanes are powered with a specific 4 pins connectors, I also managed to solder the connectors to Molex connectors. 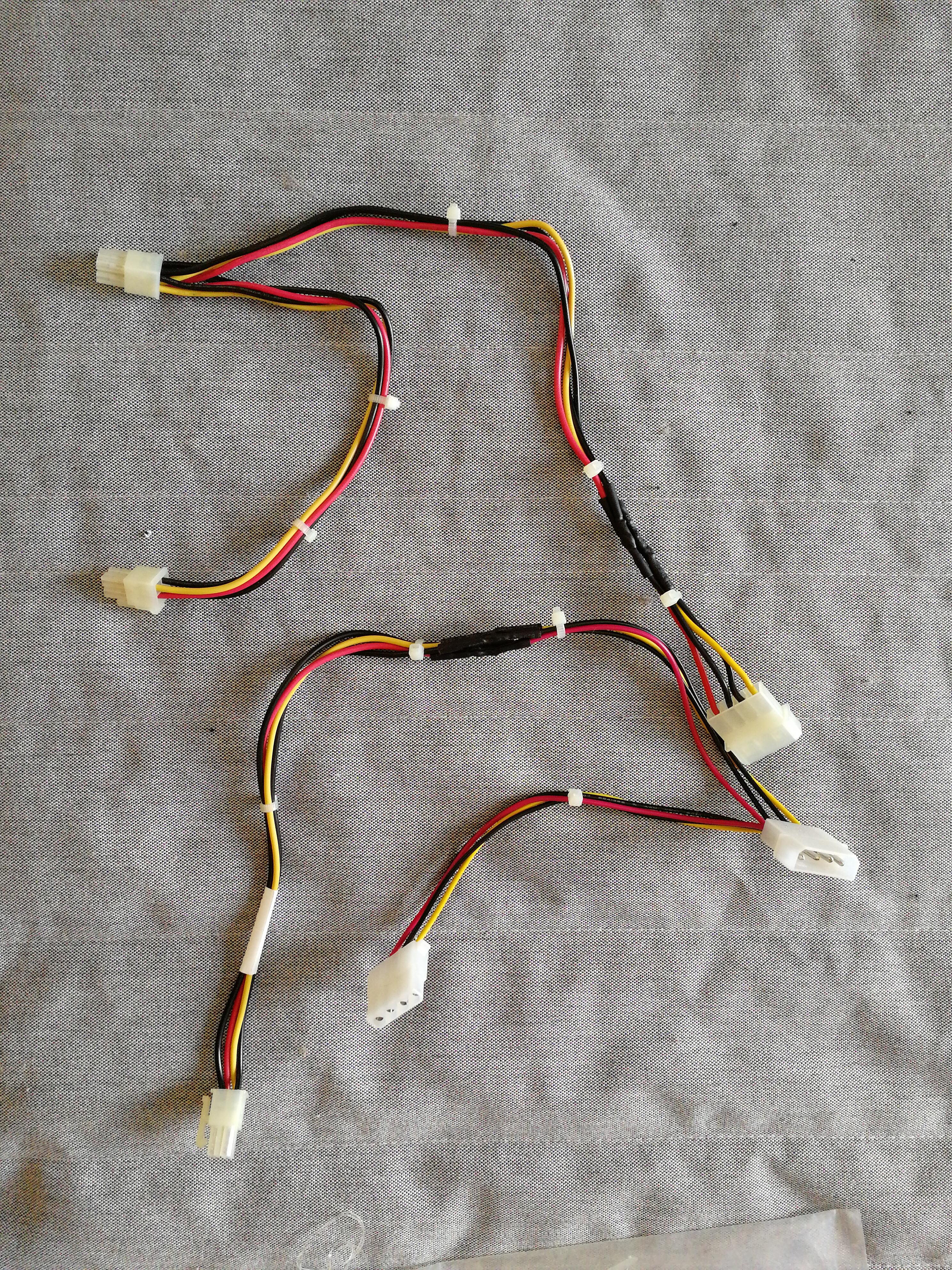 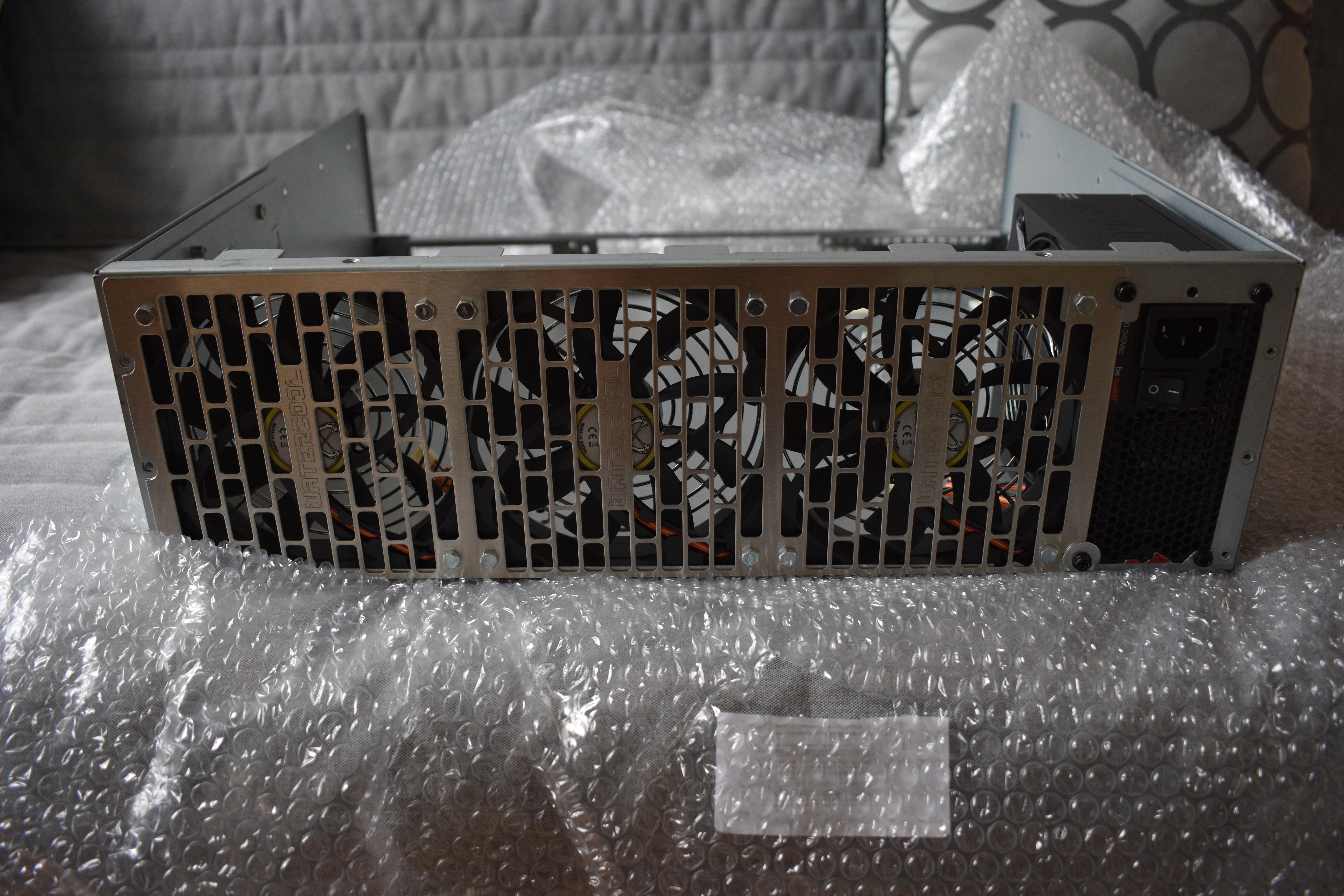 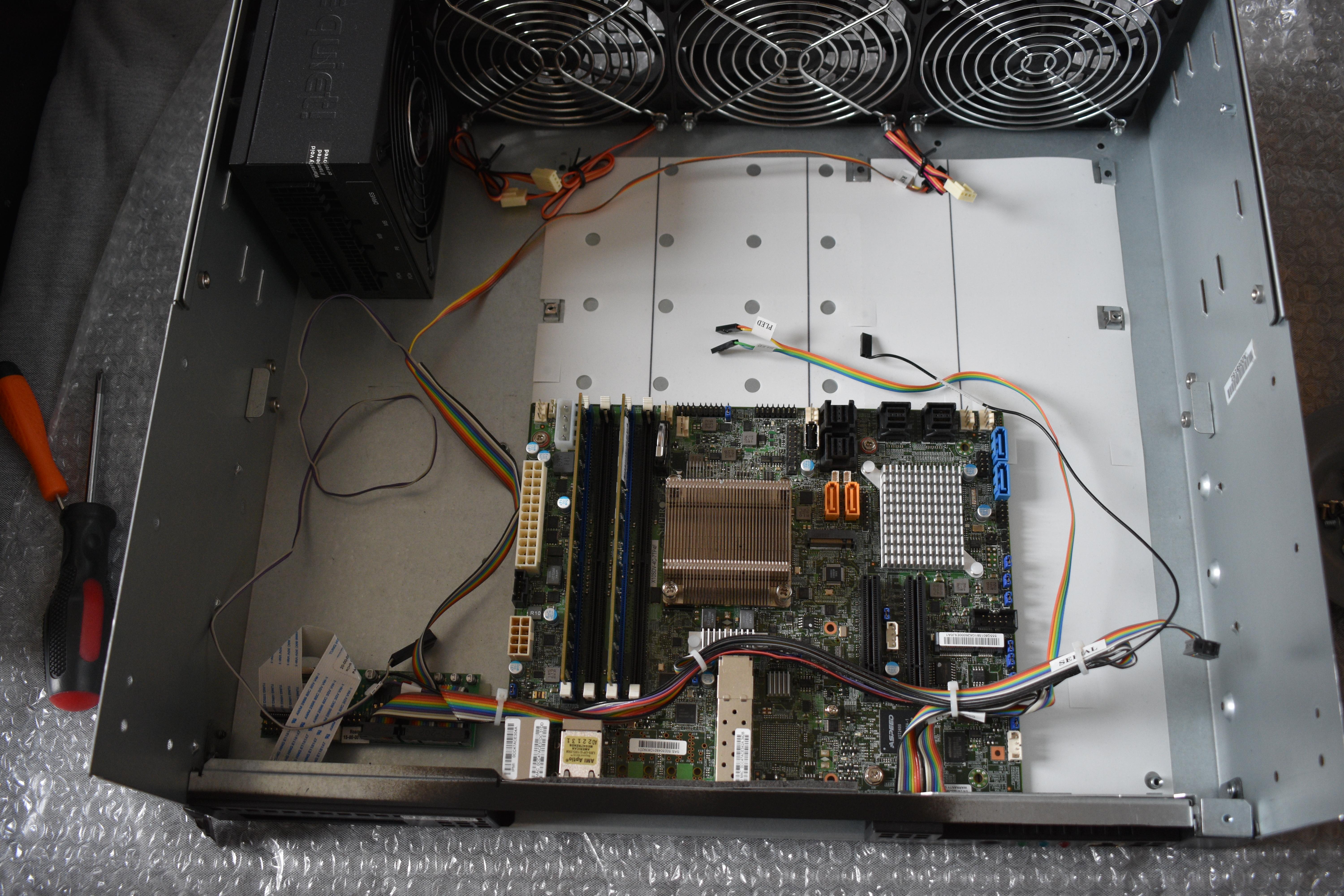 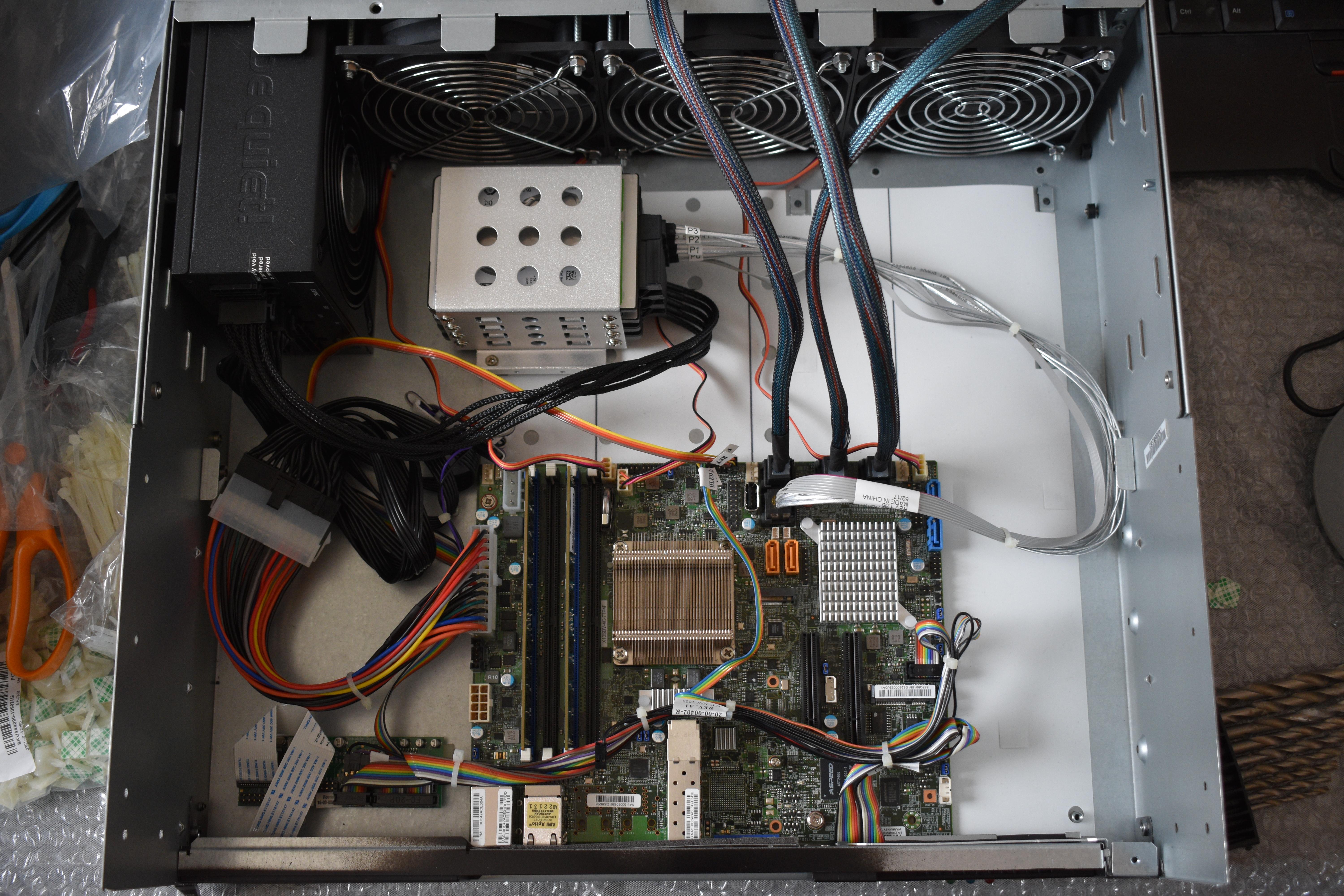 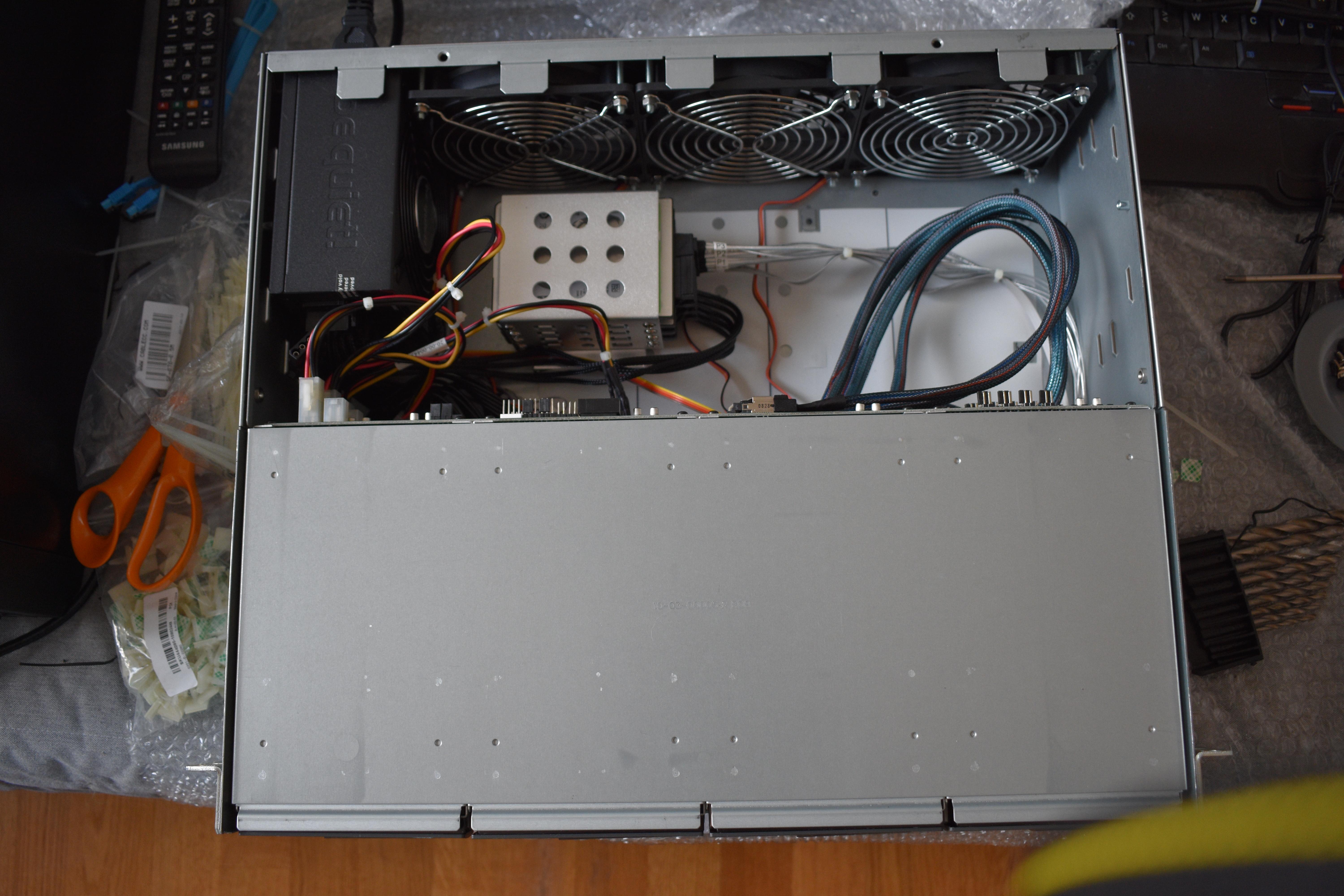 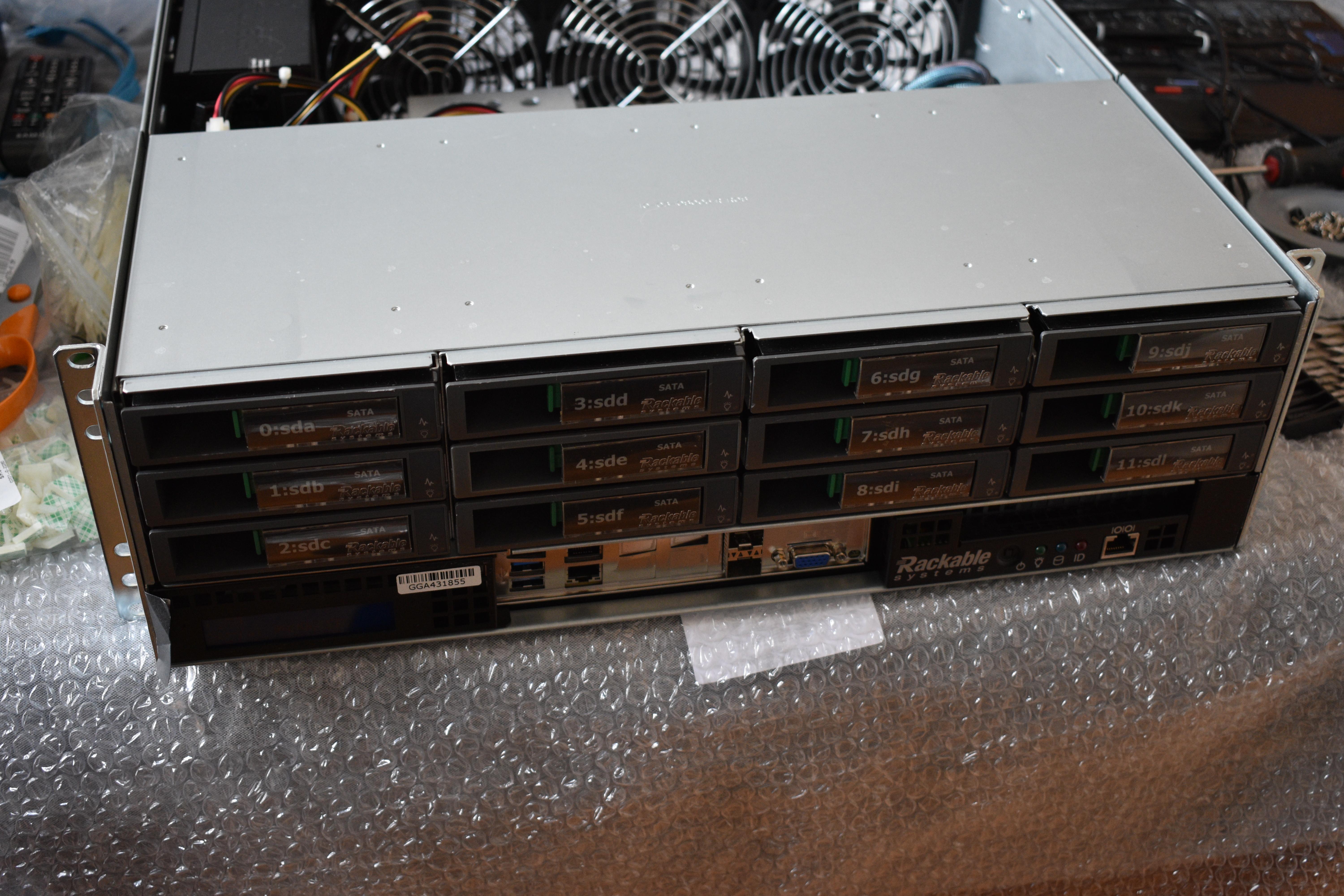 The server config:
One issue remaining: I ordered a heatsink with fan from Supermicro and another one from Cooljag to avoid the CPU from getting too hot. But CPU is still getting hot, so I'm thinking about replacing heatsink with an AiO watercooling kit.
Hope you liked it!
Reactions: TomUK, Wariole, Spotswood and 9 others

Lovin' this. What about thermal tape on the CPU heatsink and using something bigger? Maybe an Intel consumer desktop radial fan thing?
Last edited: Jun 18, 2018

Have you tried putting a fan on the cooljag?

I'v got a simular setup and after I put on a 40mm noctua fan on the cooljag copper heatsink temp went from like 80C to ~45C.. 55 under load.

I changed the fan with an Evercool 60mm PWM fan, but still between 60 and 70°C. Anyway I'm going to receive the watercooling parts soon, I'll test it during August.
S

hey, it`s an old thread but can you say me: did you get the lcd running? I can`t find anything about it. I wnat to use it with a linux based system.

sebastianroehling said:
hey, it`s an old thread but can you say me: did you get the lcd running? I can`t find anything about it. I wnat to use it with a linux based system.
Click to expand...

Sorry for this late reply. I'm trying to get it working, but I only get host serial redirection, no effect when I press Ctrl-6
K

Probably solved already, but since I'm rebuilding my own S3012 at the moment, decided to write a little closure...

As for console redirect working, but no Ctrl+R, it's probably due to baud rate. By default RS Roamer runs at 9600 baud, OS console is probably 115200 baud. Another possible thing is incorrectly connected cable.

First thing: Cisco console cable won't work, at least not directly, you'll need to create an adapter. I was lazy and didn't want to check COM header pinout, so I created adapter from a spare ethernet cable. The pinout I used was this:

Connected my adapter cable with Cisco console cable using a simple RJ45 coupler.
Basic idea of this cable is a pinout mirror (mishap on pins 4 and 5 can be ignored, they're both "signal ground")

Now onto Roamer itself...
External COM cable connects upside down, like this:

Power control and reset can be connected from Roamer, but you may experience... ...issues...
Reason for them is that by default Roamer gets server on/off status from RST pin and on desktop motherboards this method tends to confuse Roamer.

So when you connect to roamer change this setting to Other (J7 header).
This way Roamer uses dedicated power-sense header that you can just connect to a random PWM fan header (PWM pin)

A really tight build since I've changed the motherboard, but less worries about the watercooling (previously I had a custom loop). Initially I planned to mount the GPU on the angled riser (right part on the pictures) but the GPU fan was touching the SATA angled connectors plugged on the motherboard. Luckily a PCIe 4x bus is plently enough for GPU transcoding so I put the GPU on the left part, where the NVMe SSD was supposed to sit, and the SSD takes the angled riser on the right. 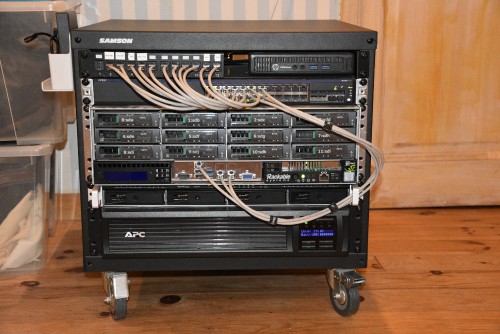 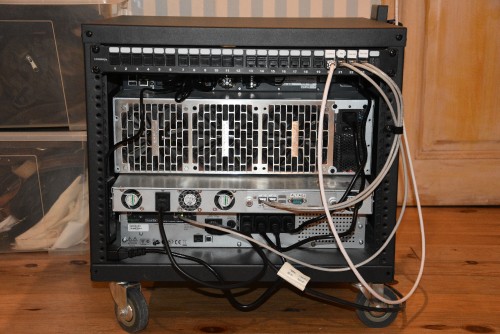