I couldn't find any mention of this here at least from topic search, so figured I'd post a list I found from @momomo_us on twitter (a user mainly known for finding unreleased and leaked parts on benchmark websites). From my knowledge, a few of these are out already, but most are new releases that are coming soon.
List is based off of:
https://twitter.com/i/web/status/1258773135655985152
- I've just gone ahead and linked the product pages from the manufacturers for each of the boards. 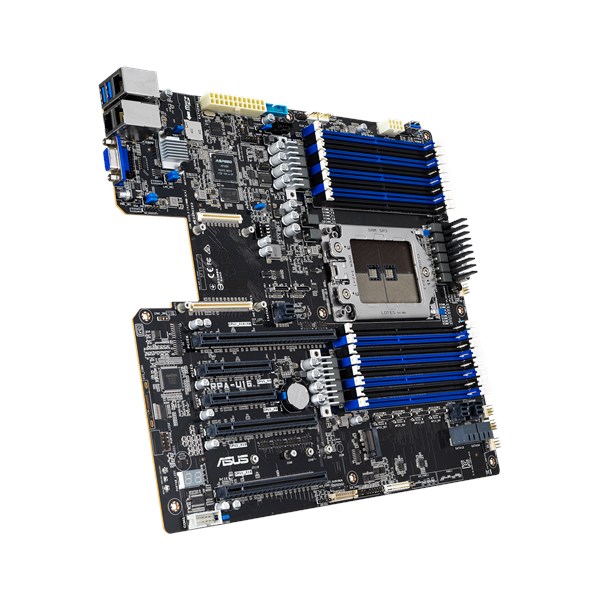 thanks for the listing. nice sum up

Unfortunately I haven't seen any standard-formfactor 2P rome boards. So far the only ones I've seen were proprietary formfactors for various models of pre-built servers.
T

It's a shame Supermicro went with the Broadcom BCM57416 10GBE network adapters as they will not work on Windows 10.
I have a BCM57416 adapter and tried for a couple of days to get it to work with all kinds of different Windows server drivers and nada, nothing would work in Windows 10, and there are not Windows 10 drivers for it either.
S

Hi TXAG26 - it looks like there actually should be a win10 compatible driver. According to lenovo's documentation for some NICs they have that use the same BCM57416 chipset - found here https://lenovopress.com/lp0705.pdf this chipset does in fact support win server 2016 and 2019, and virtually any driver that supports those OSes should support win10. You might need to get a bit creative to get drivers working if supermicro didnt provide any of their own. Its possible that for example lenovo's drivers might 'just work', or you might need to extract the cab file and fiddle with it a bit (usually when that happens, its because of some extra packaged utilities with the driver, not the driver itself, since typically thats just provided by the chipset vendor and repackaged by the OEM of the card/board/etc).
I don't know if lenovo does this thing that HPE does, but some of HPE's driver installers are hard-coded with a vary narrow subset of compatible OSes that they will work on. In this example, you can simply use the 'extract' button on HPE's installer or an executable unpacker (ex, if lenovo's driver doesnt have that option) to get the files out, which include the actual setup executable and a config file that you can simply remove the 'SupportedOperatingSystems section from it, and it will simply skip that compatibility check and install it. I used that trick to get some NC550SFP NICs from HPE to work on some of my win10 workstations.
Of course if you're not installing to some fresh new OS image, you might as well make an image backup of your OS drive just to be safe, in case something does go wrong, but I've personally never had issues with non-gpu driver shenanigans like this on any windows system aside from the device simply not working if some cases of 'the last supported OS is simply too old' - ex, trying to run win XP 64bit drivers on win10.

[Edit] Also my own 2 cents on the choice of networking chipset on those boards is that I'd have preferred SFP+ 10gbe rather than a 10GbaseT adapter... Thats mostly because almost all of my infrastructure is already using SFP+, since its so cheap and readily available. The latter is rather surprising to see on server equipment - so if I had to guess supermicro is probably going to provide windows drivers once these launch, and target them towards workstations, where having rj45 compatibility with 10G/5G/2.5G/1G tends to be seen as more of a feature.
Last edited: May 10, 2020
T

I tried all kinds of options and could not get it to work. It would be great if SM released a Win10 driver or someone found a way to make it work, but until then, I’ll continue saying Supermicro should have put an Intel X550 chipset on the H12SSL boards.

Where do these motherboards say if they support PCIe bifurcation or not? I'm finding it very difficult to figure this out, without asking the manufacturer directly.

For context, I'm trying to build a NAS for deep learning using one of these boards, but it needs to have room for three PCIe4 x16 infiniband adapters and several NVMe drives (4-12). It seems like bifurcation for the NVMe drives is the easiest way to go about this..

Any news on the Asrock ROMED8-2T or Supermicro H12SSL boards hitting the market?

zer0sum said:
Any news on the Asrock ROMED8-2T or Supermicro H12SSL boards hitting the market?

I have had a supermicro h12ssw-in for several months. The only issue is that it is a non-standard form factor. That actually works better for me as I am building a custom sff case.
Last edited: Jun 2, 2020
M

gigabyte? whats the source of this, looks interesting while waiting on the hopefully coming h12dsi

Here are some rough ETA's I just heard:

No pricing on the H12 boards yet unfortunately
Reactions: TXAG26
M

Nice find! With a search for that board, I found a catalog of upcoming and released AMD boards from Asrock which included that entry - https://download.asrock.com/Download/e-catalog/AMD EPYC 201911.pdf

Theres an matx board with 6 dimm slots for epyc 7002 in there. Interesting choice.. could be an intriguing match for the quad-channel optimized CPUs
M

Looks like they updated catalog with an actual board now, hopefully it will be out soon after the d8 board which dosnt seem to be in stock yet anywhere.
Reactions: writerinserepeat and ari2asem

i am curious about VRM-temps when using dual epyc 7742 at 100% full load, without overclocking ??

interesting, its gonna be between that and the asrock rome2d16-2t board for me.
asrock board is scheduled for october or november release and theres already ES out with oems.