The evolution of a home server

I just posted my first question here today and I thought this would be a nice time to share some pictures with the evolution of my home server in the past 5 or so years.

I guess everybody here knows what we are talking about so:
1: the beginning: Asrock AD2700B ITX: 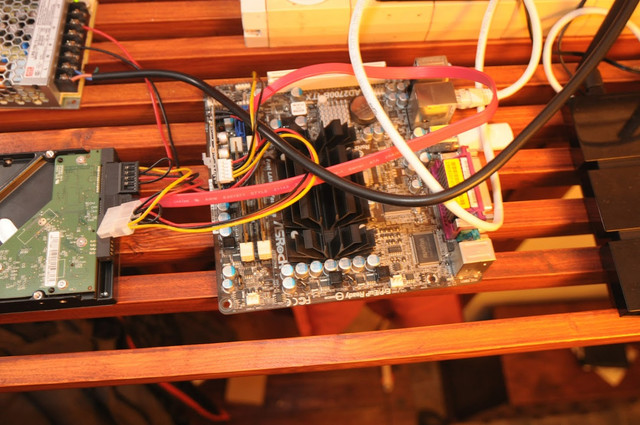 Running Xpenology, the best user interface of them all. With useful apps for backing up photos on the phone/s of the family.
2: Putting it in a box: 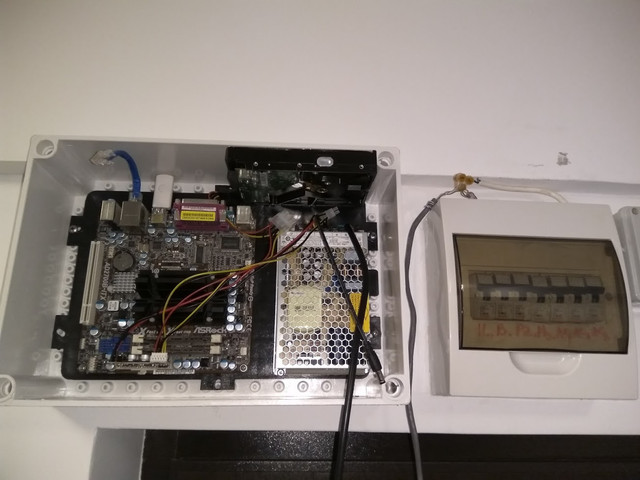 The logic thing to do. All in a box, including the router, everything powered by the 12V general psu.
3: The first upgrade - Asrock J3455b itx: 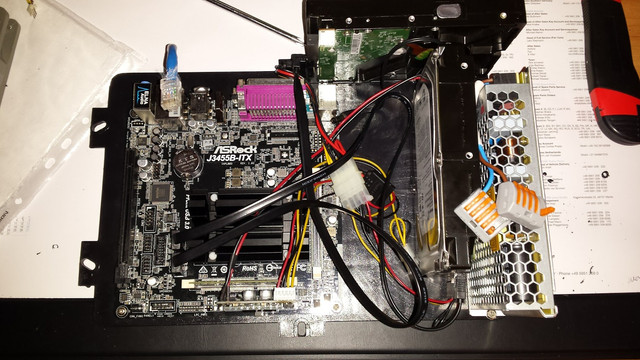 2 disks, moving to windows 10 with storage spaces. Upgraded motherboard to use IGPU for transcoding on the fly for home media sharing.
4: moving up the ladder. Supermicro A1sai 2750F, 2x4tb wd red + 120gb ssd for OS: 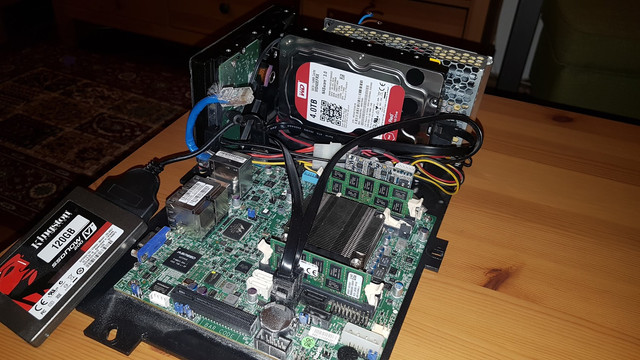 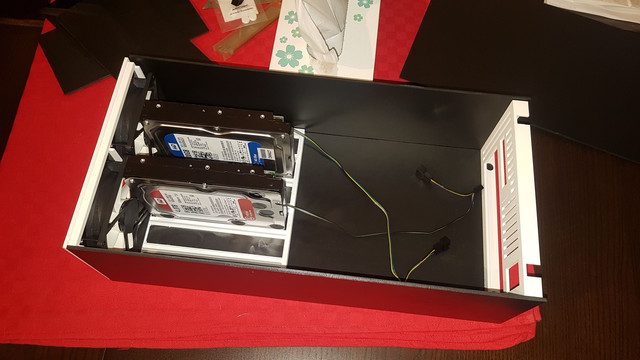 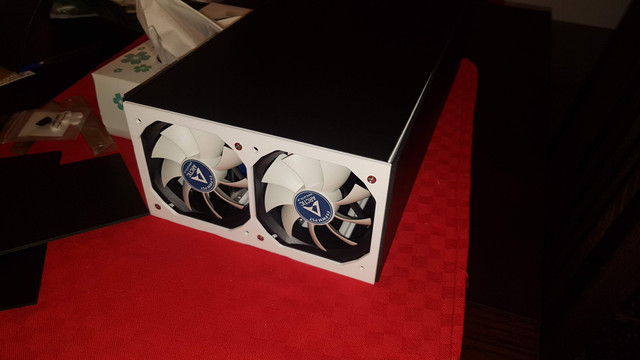 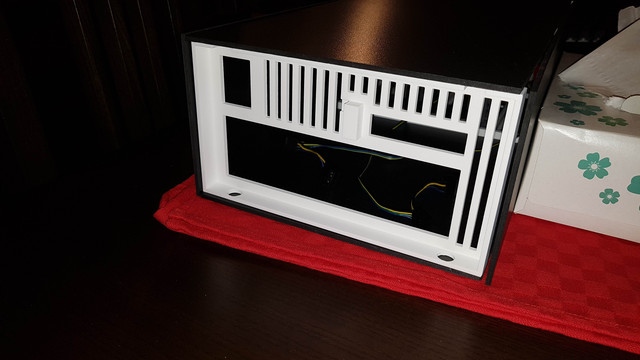 Windows Server 2019, adding a quadro p400 card, moving to parity storage with 4x4tb wd red. Case in the making using 3d printed parts for best design award - 8,6l capable of housing 6 disks, itx board, 1 low profile gpu using extension pcie cable, the 12V general PSU and the ssd for OS. Oh, and 2 breautiful fans, which I hope will be up for the task.

Brb in a few days with the result
Reactions: ignx, nezach, Patrick and 2 others
E

I managed to fit all in, I am still working on hooking the case "cover" which holds the psu 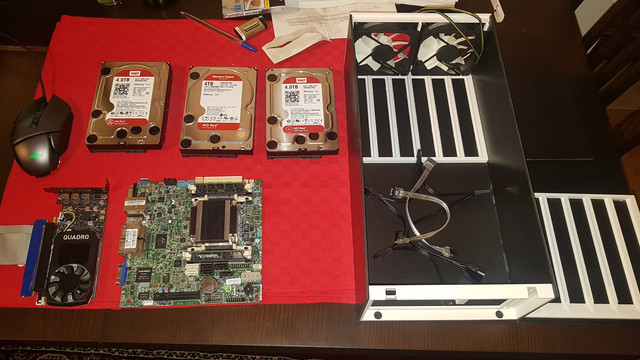 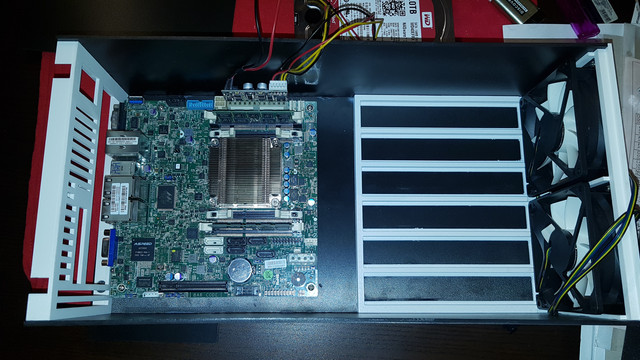 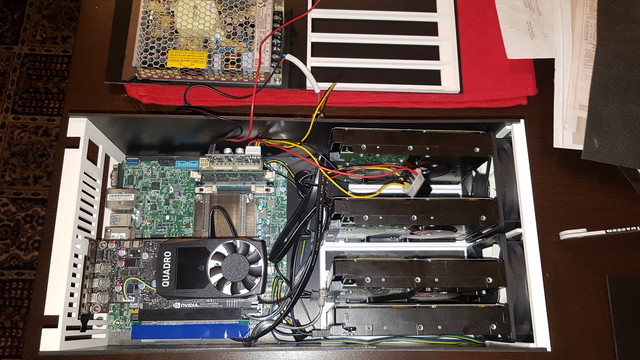 I am waiting now to transfer my mirror to a parity storage space.

oh boy oh boy, I am also setting up nextcloud because of the new and improved google photos that no longer syncs to google drive (I like to keep a personal copy of all my photos)
Reactions: Patrick
N

Make sure you have a good ground between components, since the case is plastic and it cannot be used as electrical pathway.
N

Uhh feel the need to post something.
Just won a bid on Ebay. I will be moving to a new setup. Quanta stratos s210 1u, 2x e5-2630Lv2, 32gb ram. I will put the quadro in, install esxi, and build back the VM's, now moving windows server to a VM. I was missing the VT-d to do this on the Supermicro board.

New server in house. I have begun transition. I am still waiting for hdd caddies, other than that, server looks to be working in good condition. 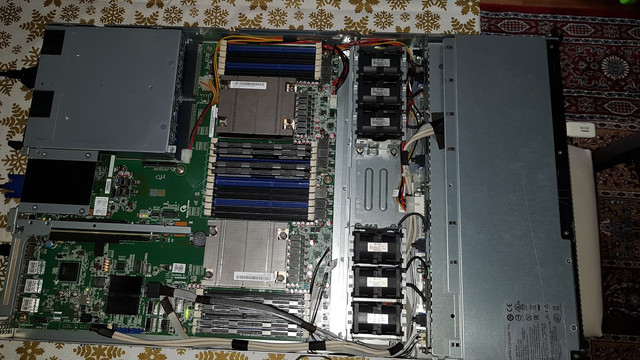