boomheadshot said:
It's not normal, should be around 100 MB/sec (I think), so yeah, something is definitely wrong but I have no idea what it could be.
Click to expand...

could this backplane be the bottleneck ??
M

iam getting closer to 260MiB/s straight to jbod over 6gb sas/sata3 on ubuntu.
as long as its not super old disks or those terrible SMR disks that can get really slow something must be wrong.
B

I've got 256 GB of RAM, and when I try to make to plots in parallel, my system freezes. It was fine when I did 1 plot in parallel with 128 GB of RAM. The screen just freezes and the keyboard turns off, I'm guessing I might be running out of RAM or something.

All I want is to have a program show the max RAM usage. Are there any retard-friendly solutions for people like me?

I've tried googling, and there were some ways of doing it, but I was just hoping to get something like this

That would let me monitor these fields (or at least some of them), but only on ubuntu.

Edit: Never mind, just tried making only 1 plot, and the system still froze up on me. So it must be something with the sas10k mdadm array as temp1. I think it might also be because of a kernel patch I performed to get the P410 work in HBA mode (that thing has been causing some strange problems such as a reboot loop after I turn on the system, have to take the CMOS battery after turning it off. But what has helped was to use the init 6 command instead, then load into windows on a dualboot, and then shutting down),

edit2: mdadm seems to be the cause, because if I plot on the sas drives independently, everything is perfectly smooth. But when I try to make a 2 or 4 drive raid0 array with mdadm (following these instructions), it crashes right at the end of phase 1, sometimes a bit earlier or later. Really strange.

edit3: took me a while to narrow it down and find people with a similar problem 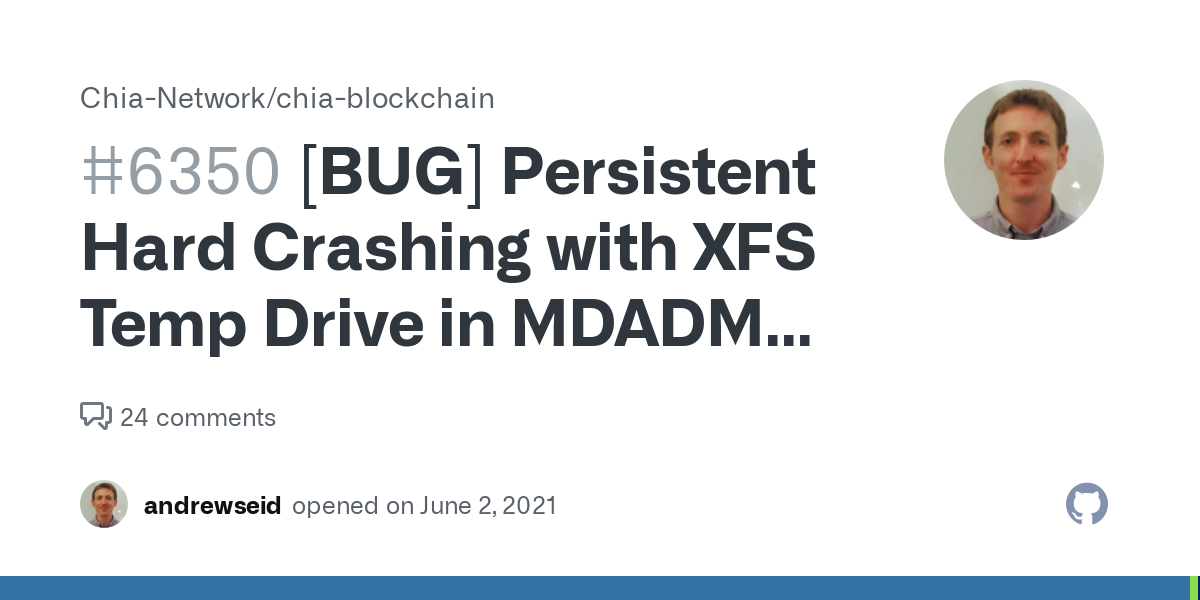 Describe the bug XFS is known to be the fastest format for plotting, and testing proves this out. However, it also seems to result in reliable hard crashes on Ubuntu, usually within the first day o...

github.com
xfs+mdadm+discard seems to be a problem
trying btrfs right now (it was the second fastest for me after xfs), seems to be working well (not crashing during phase 1 right now)
edit4: btrfs didn't crash. phew
Last edited: Yesterday at 5:29 AM
Show hidden low quality content
You must log in or register to reply here.
Share:
Facebook Twitter Reddit Pinterest Tumblr WhatsApp Email Link
Top Bottom