I'm looking at this Netapp drive shelf on eBay (Australia): 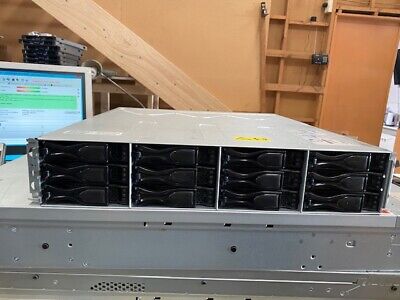 I can't find much info on the unit, but it has been suggested to me that Netapp drive shelves are a great option for adding a bigger array to a 1U server.
I don't have a lot of depth available in my home rack, so I've decided to get one of the shallower Dell servers and pair it with a drive shelf.
This one appears to have mini-SAS ports but it's really hard to tell from the images on eBay.

Is this actually a Netapp drive shelf or has the seller just typed Netapp in there to attract buyers searching for Netapp? 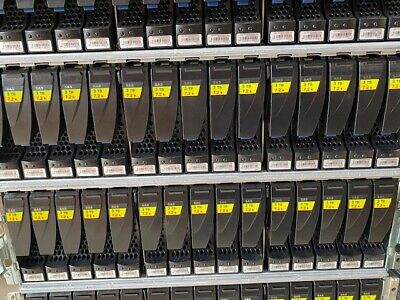 Maybe this one is a safer bet as it's actually labeled EMC and the images of the back are clearer.

What controller card would I need in the Dell server to attach this?
Preliminary research suggests H800 would do the trick..
Last edited: Aug 2, 2022
B

Any HBA with external ports should do the trick. I used LSI 9201 16E with several disk shelves. I also used other LSI cards, including the raid ones.

Netapp is better solution as it is flexible on supporting both sata and sas. Emc ones do not support sata drives, IIRC. Overall Netapp disk shelves are my favorite.

NetApp uses qsfp instead of standard sf8088 so you need to have the right cable.

I have both disk shelves you showed. My "netapp" disk shelf is actually branded as Fujitsu but it works the same way. Sometimes you get the sams disk shelves under different brands.

Btw watch out for the prices. They are usually very cheap if you find the right seller. I bought mine under $40.
Reactions: Stephan
D

Bert said:
Any HBA with external ports should do the trick.
Click to expand...

Thanks for the awesome info. Much appreciated!

Sounds like Netapp shelves are the way to go. I must admit I prefer the look of them anyway.

One thing I'm still confused about is the interposers. I've seen it mentioned that we should make sure it has the interposers...
Are these just to change the connector type of the caddy between SAS and SATA? If so, I guess the references I saw must have been because the OP had stated they were planning on using SATA drives.

Regarding the controller cards, I came across this: 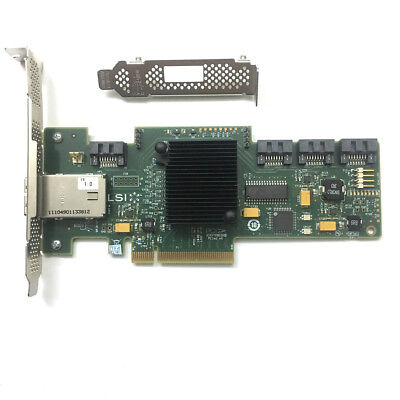 Find many great new & used options and get the best deals for LSI 9212-4i4e IBM 46M0907 46M0908 PCI-E 6Gb SAS Raid Controller Card at the best online prices at eBay!
www.ebay.com.au
Does that look like it'll do the trick?
Is one port OK or do I need two?
Also, do I need to chain the 2 controllers on the chassis together or is that only for redundancy?
B

Netapp disk shelves come with SAS/SATA interposers. In my experience, they are not required when you are using them with vanilla PC based servers. I believe they are required if you use the netapp controller and deploy a true SAN installation. On the other hand, I used mine with always interposers because I had plenty of them thanks to the nice seller.

EMC ones need a special interposer due to their connectivity. Usually interposers must come attached with trays. Don't buy EMC ones without interposer. Also don't buy any disk shelves without the trays as trays are usually very expensive when they are sold alone.

One port is sufficient. The disk shelves comes with multiple ports to support multipath SAS and failover. I have used neither of them. Multipath SAS is something you don't want to mess with and for redundancy, I am not sure if it is applicable in home server scenarios.

I never had an experience 9212-4i4e but it should do the trick. I know though this one works: SAS9201-16e LSI 9201-16e 16-Port 6Gb/s SAS+SATA to PCI Express Host Bus Adapter | eBay. Usually one start with one disk shelves but for some reason you keep on adding more and more so get a card with multiple external ports. You can definitely do daisy chain but I find it easier and more flexible without daisy chaining.

To understand "why interposers" one has to look at the usual innards of such a disk shelf: From front to back there is SAS disk, midplane, controller A and B, external ports on A and B to wherever.

SAS disks have two interface ports, SATA only one. Even if the connector might look similar. So while SAS disks do not need an interposer and are connected directly through the midplane PCB on its two ports redundantly to controller A and B, a SATA drive does only have one port. An interposer splits that into two physical ports which then go to A and B again.

You gain redundancy in case the path midplane -> controller -> cable -> host has a fault somewhere. Either with SAS or with SATA+interposer you then have a second such path.

I recommend to set up such a shelf with a bunch of old 1-2TB disks and play with it to get a feeling. Also, multipathing is not black magic, see e.g. Replacing drive in a pool with multipath | EDIT: can offline and replace with non mpath disk; must export/import to reenable multipath · Issue #7413 · openzfs/zfs for a tight and minimal example how to get it going on Linux. Once you have it up and running, start unplugging various items, to see what happens.

Also +1 on NetApp being much more nerd-friendly than EMC. Without paying five grand the EMC website will not even admit they are selling SANs and shelfs (sarcasm). Fsck that. For NetApp the open source tool you want is sg_ses to read/set parameters.
Reactions: davidv
B

After all, Oracle owns EMC. I wonder how long would it take for Oracle to completely suffocate its ecosystem and go bankrupt. My guess is 10 years. It is amazing how much founders influence the full company culture.

Granted, I don't expect NetApp to be around another decade as well. Cloud is killing them as well.

The software giant's founder tells analysts that he "shed more than a couple of tears" after hearing about the acquisition.

Yeah, so Dell bought EMC not Oracle? What am I missing?
R

Bert said:
NetApp uses qsfp instead of standard sf8088 so you need to have the right cable.
Click to expand...

In case of Storage (E2600) you can use only SAS disks,
As a shelf, yes, Sata commonly could be used without problems and without any interposers IF use only one controller inside shelf.
B

We are talking about the Netapp disk shelf that OP shared in original post, not any random Netapp Disk shelf. I have that disk shelf, it uses sata interposers and unless I am having a brain freeze, I am using the QSFP connector.
Show hidden low quality content
You must log in or register to reply here.
Share:
Facebook Twitter Reddit Pinterest Tumblr WhatsApp Email Link
Top Bottom