I am looking for a post where the user said something to the effect of they have their own datacenter, maybe home datacenter, or mini datacenter. There was a picture attached that had 7x 1u Supermicro servers.
S

I would imagine that describes almost everyone here.
Reactions: Iaroslav, Patrick, fohdeesha and 2 others

SRussell said:
I am looking for a post where the user said something to the effect of they have their own datacenter, maybe home datacenter, or mini datacenter. There was a picture attached that had 7x 1u Supermicro servers.
Click to expand...

Maybe mine, although I don't have 1RU Supermicro servers (3RU ones). Click on pic for details: 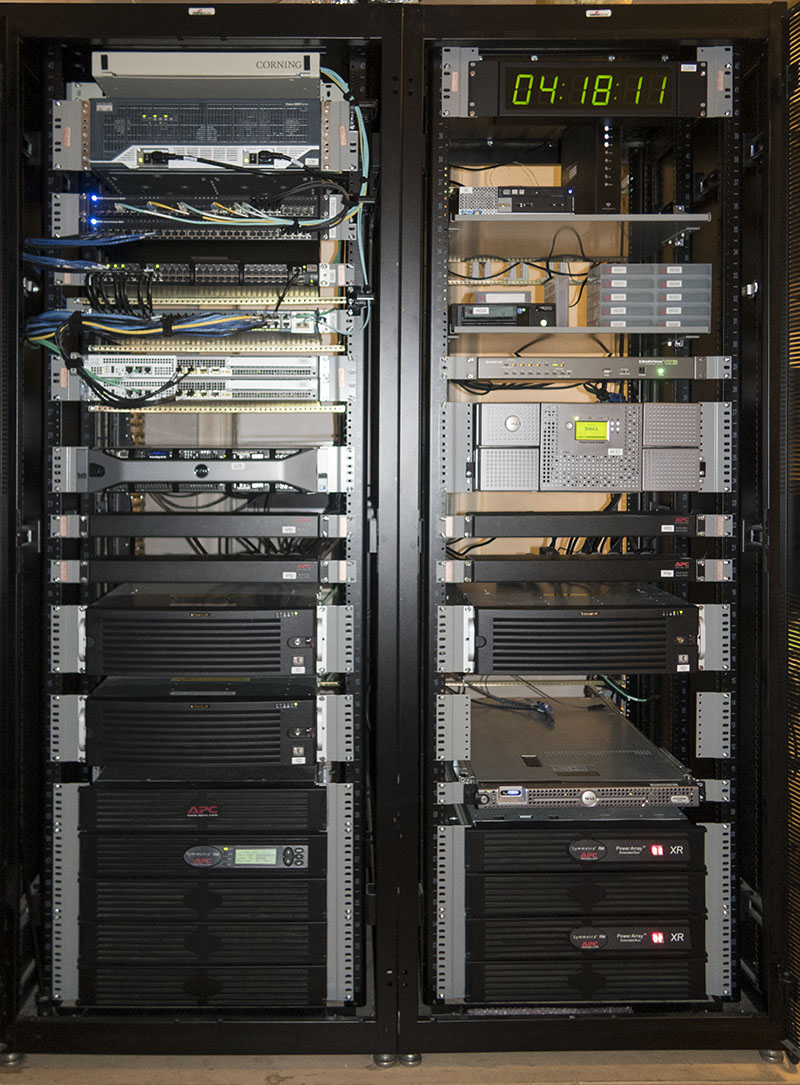 That rackmount clock is awesome, link/source to it?

I believe this is the correct link: TimeMachines - Your Network Time Solution Source, NTP and PTP Time Servers and Clock Displays | TimeMachines Inc.


Spartacus said:
That rackmount clock is awesome, link/source to it?
Click to expand...

Do you replace the batteries in your Symmetra every three years or wait until they go into a faulted state?


Terry Kennedy said:
Maybe mine, although I don't have 1RU Supermicro servers (3RU ones). Click on pic for details:
Click to expand...

Yuck on the price, I think I'll stick with a standard atomic clock.

Yes. They used to be called CSS Time Machines, but changed their name. I suspect it had to do with the spectacular Kickstarter flameout by the similarly named (but completely unrelated) Central Standard Timing.

As to the subsequent comment on price, the one I have is $199 before any discounts (PoE, 6-digit 2.5", green). I don't think it is reasonable to get a commercial product for much less than that - sure, you could whip something up with an Arduino / Raspberry Pi, some displays, etc. but you still need to find a nice rackmount case for it. Evil Mad Scientist has a kit for $145, but it is a 5-digit clock and does not support NTP or PoE out-of-the-box, has a plastic case and isn't rack-mountable.

On the other hand, I have one of these in my basement (sadly powered down as the tube aged out) so as you can see, I'm not particularly price-sensitive : 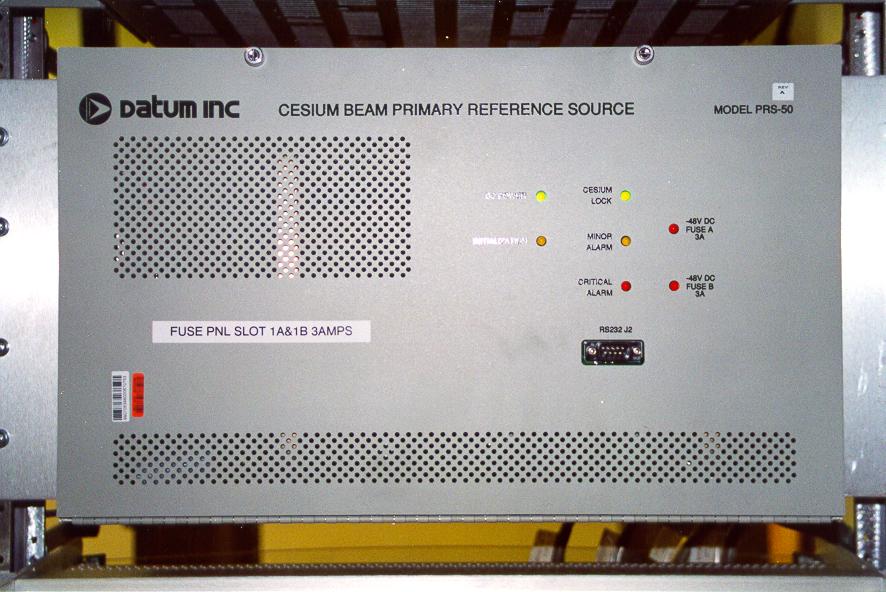 It also has dual rubidium secondaries (still working as far as I know) and a GPS tertiary.
Reactions: itronin and Evan

SRussell said:
Do you replace the batteries in your Symmetra every three years or wait until they go into a faulted state?
Click to expand...

I generally get 4 years or so before they start acting up. At that point I start pulling battery packs (there are 12 in there) as they fail. When the runtime drops to an hour or so, I order a whole new set of (raw) batteries and rebuild all the packs at once.

For those not familiar, the older Symmetra battery packs were pretty dumb, with 10 12V batteries in series and a sense line connected at the center point. The Symmetra control cards (actually, the communication cards) just look at the sense voltage and decide if each pack is good. All of the battery packs are in parallel across the main 120V DC bus. So if a battery pack develops high internal resistance and the communication card doesn't notice, you now have a pack that is rapidly heating, leading to thermal runaway. Low internal resistance is even worse, as then you have the main 120V DC bus across 9 batteries instead of 10, and the next one fails so now it is 120V DC aross 8 batteries and so on. Unfortunately, APC "fixed" this by adding intelligent battery management (AKA a security chip) in the newer Symmetra models, so once a newer-model pack decides it is dead replacing all the batteries in it still won't help. It is possible to re-write the data in the security chip, but it is enough of a PITA that some users are sticking with these older units. APC still sells the exact Symmetra RM that I use, and only discontinued parts and service for the original Symmetra in the last year or 2 (it was a gradual phase-out).
Reactions: SRussell
C

I agree with you as that is the best option.

I never did answer: your lab was not the one I initially saw. It was a 12U, or maybe 18U, rack that had five or six 1U SM that were stacked with no spacing.

Thanks for posting your lab. It has given me several ideas.

Terry Kennedy said:
Maybe mine, although I don't have 1RU Supermicro servers (3RU ones). Click on pic for details:

Speaking of home datacenter lets not forget this one