LGA3647 CPU's -Tested (With and Without Omni Path)

Alright, I have several CPU's I'd like to sell.. all have been tested. Specs shown in screenshots: 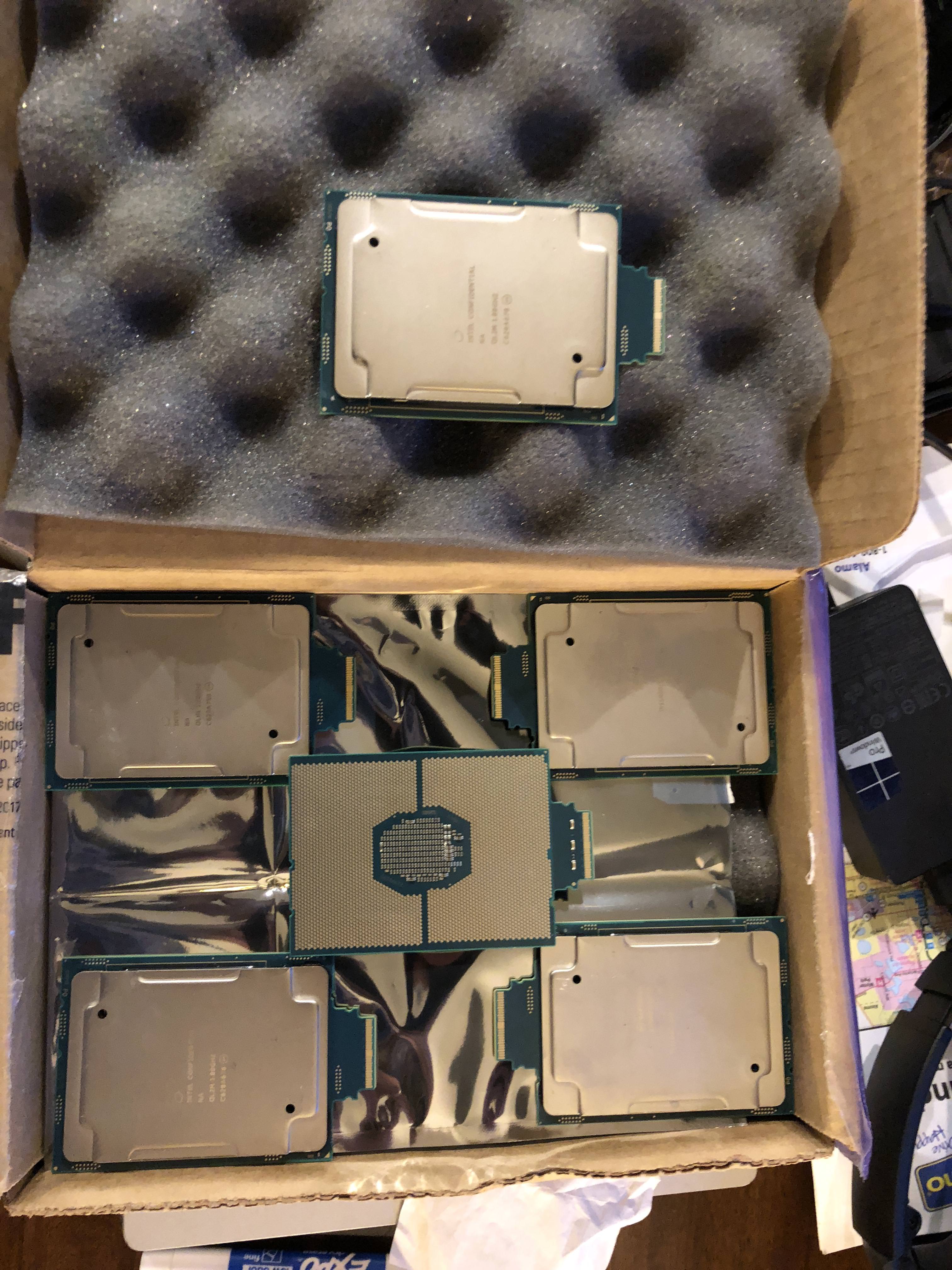 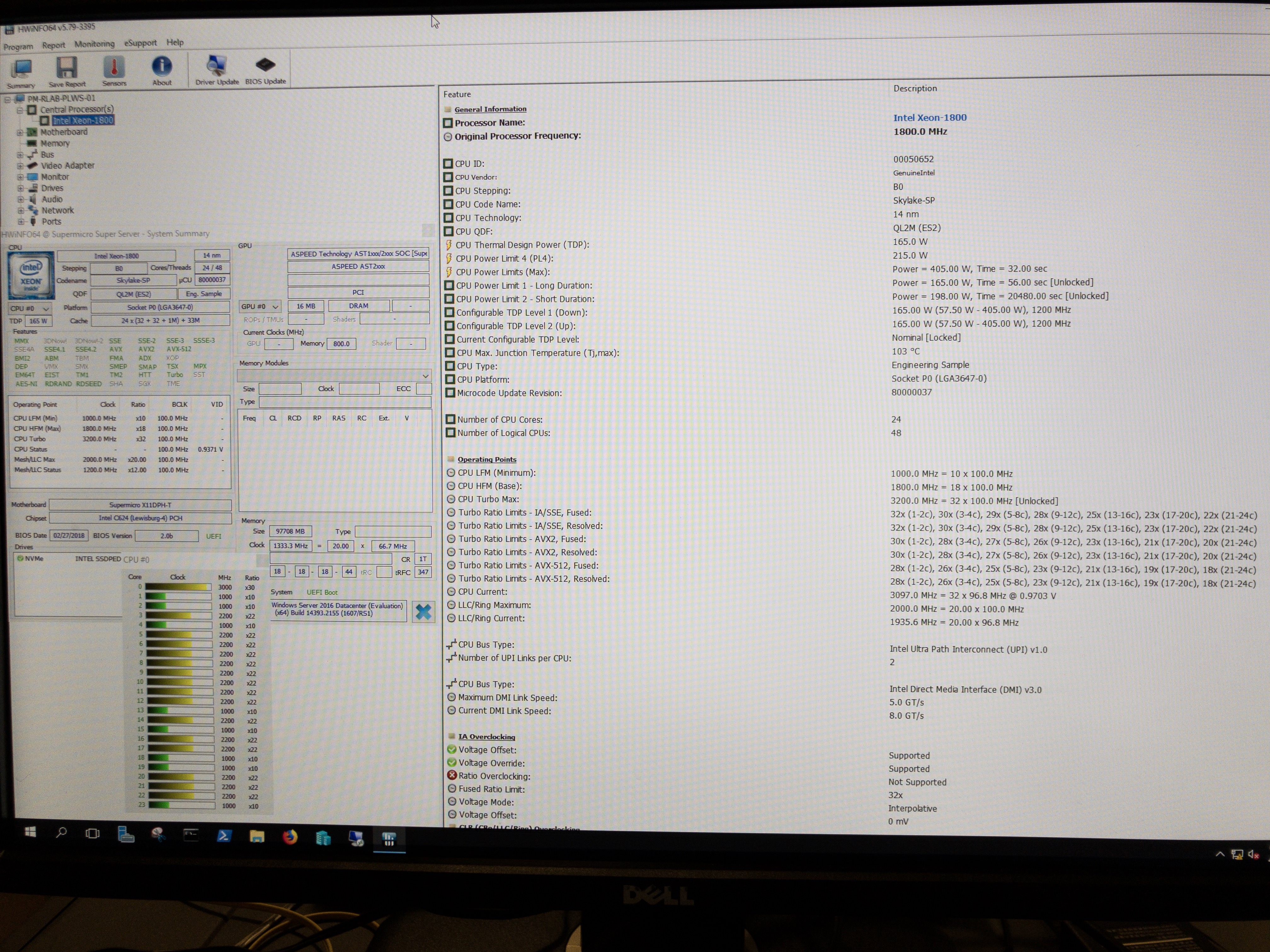 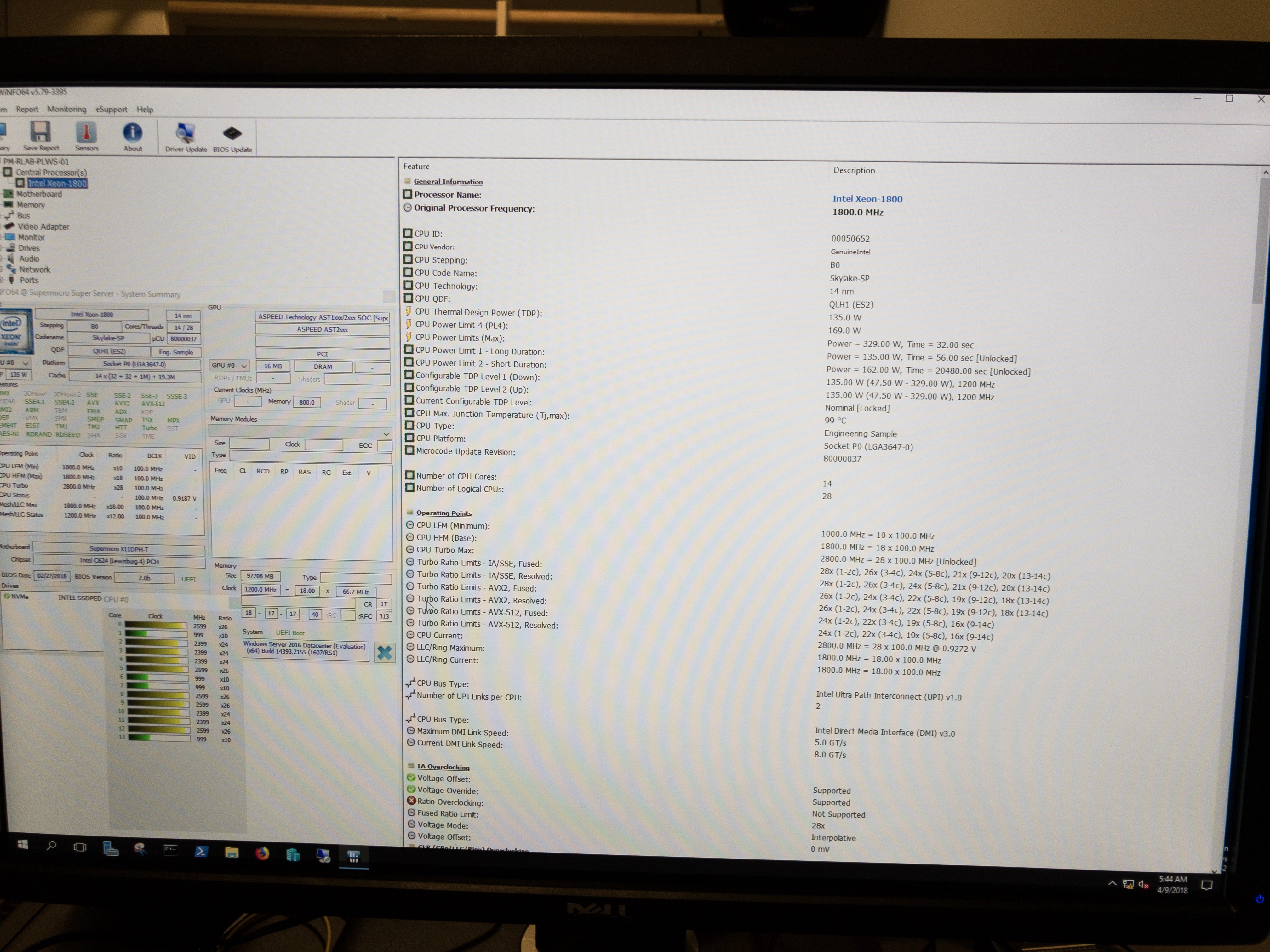 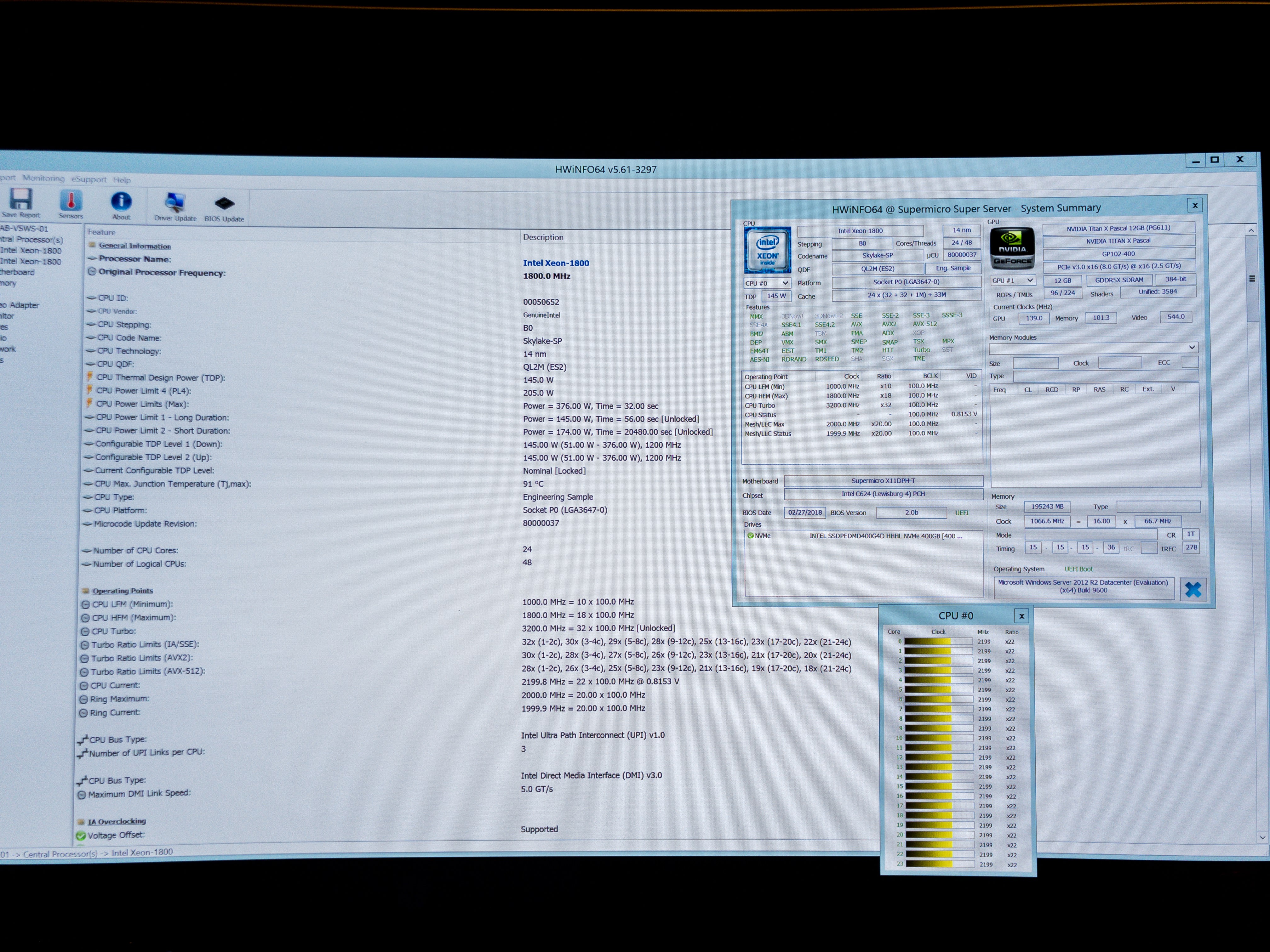 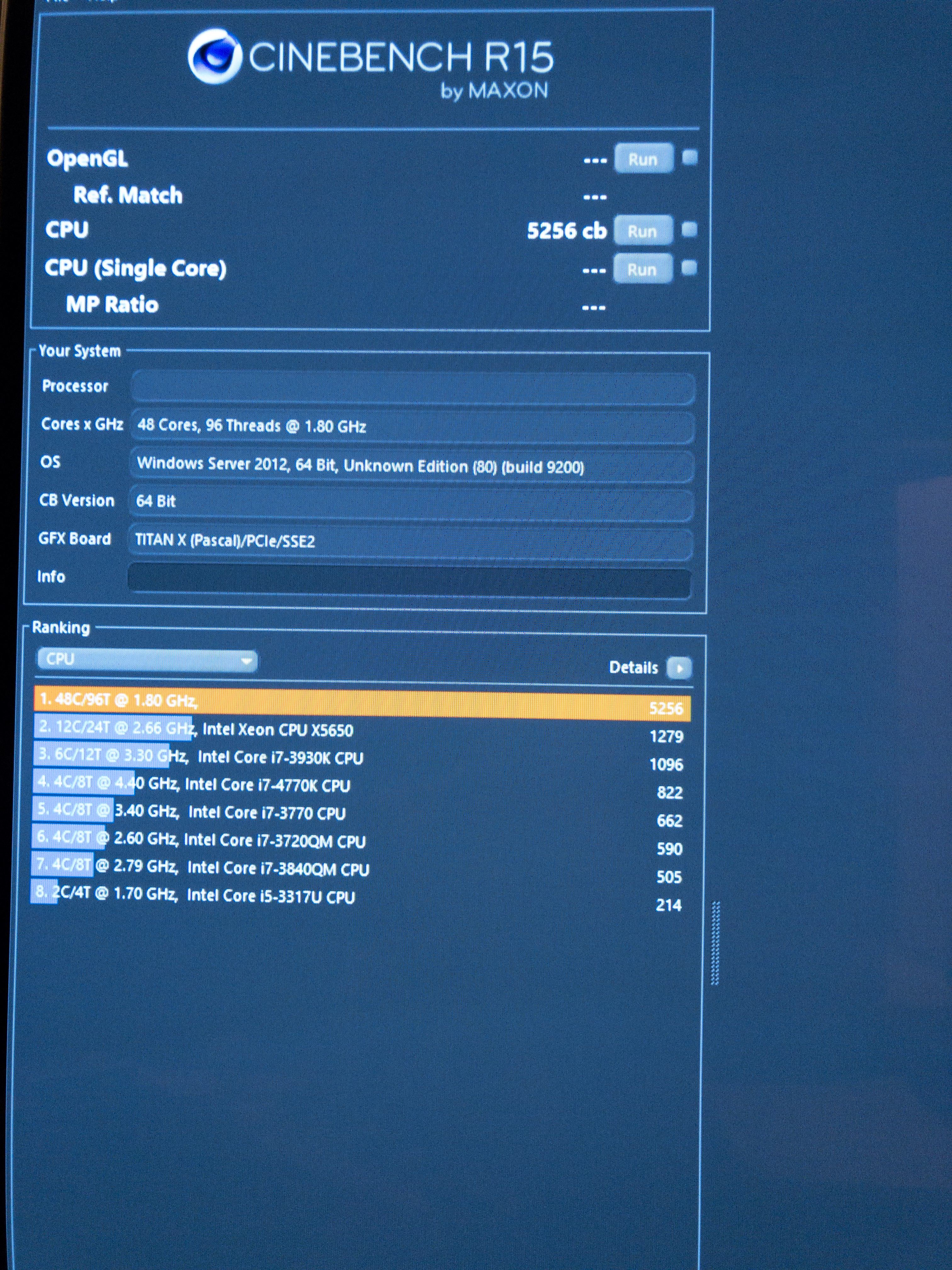 Hey I am interested in purchasing 2 of the cpu's, but can you tell me what motherboards would support them?
A

Is there a particular board your interested in using them in?

I know they work in an X11DPH-T and X11DPH-Tq. I could dig up some information on a few others depending on which CPU's you're interested in. I don't have a comprehensive list, however.
Y

Sent a PM
A

Hi, I'm interested in the last QL1K. Sending a PM.
A

Sorry- been away from the forum for a bit.

All PMs replied to
Y

See response in your other thread.
Y

Hey all these issues are resolved now, the cpu's I purchased from AJXCR are working fine, it was MY mistake i wasn't installing the cpu's correctly in the motherboard.
AJXCR was nice enough to help me troubleshoot and he figured out my problem.
I have never seen a seller help a buyer out after 2 months of purchase.
W

I am interested in the last QL1K cpu if it is still available? I would also like some advice on motherboard compatibility.
T

I too am interested in the QL1K if it's still available and empireslayer000 decides not to take it.
A

All PM's responded to.
O

...Thread is still active, but I need to go back and verify what I still have. PM me for a cell phone #/quicker response.
O

I'm interested in purchasing a pair, sent you a PM, let me know what you have left.
A

I've been away from the forum for a while, but still have and would be interested in selling the processors above. Quantities updated, buyer pays shipping and any associated fees (Paypal, customs, etc).
M

The lack of ESD protection makes me cringe for such nice CPUs.
S

muhfugen said:
The lack of ESD protection makes me cringe for such nice CPUs.
Click to expand...