Yesterday a friend of mine brought my attention to this post on Hacker News about a new piece of software for Windows called GlassWire.

It monitors your network, graphs usage on a per-app basis and alerts you to suspicious activity. It was developed by a guy who found himself hacked and then set out to create a program that could potentially alert you to suspicious network activity on your servers.

It's currently free but they are looking to monetize it through a pro version with more exclusive features. Right now it's very well fleshed out and everything appears to work fine. It also supports remote administration of multiple systems making it quite a compelling deployment tool to remote servers.

I've included some screenshots as perhaps the most interesting part of the software is its visual style. 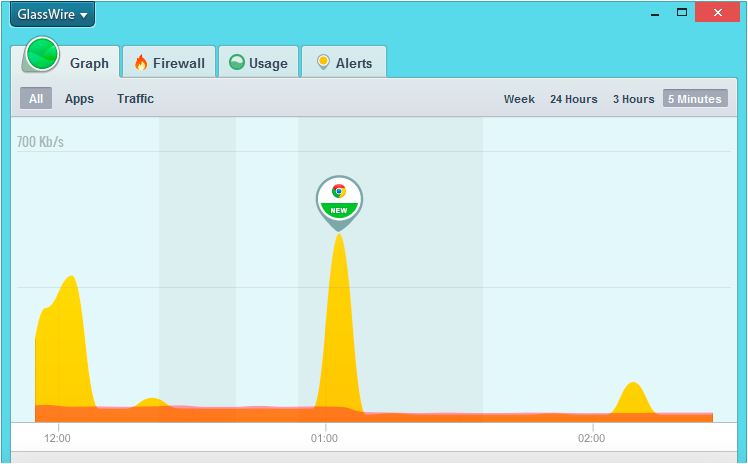 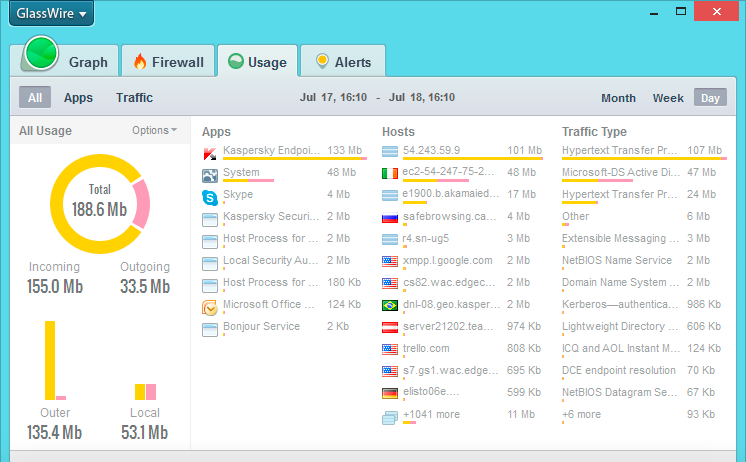