FS: Lots of fanless, embedded, and/or low power PC/network appliances (ideal for pfSense or the likes)

USPS money orders or Google Wallet preferred as PayPal fees add up. Will also entertain trades since I like new toys and rotate through hardware regularly. International shipping is available, though listed prices include shipping to the continental US. Local pickup available in Phoenix (will subtract shipping costs then). I think my reputation should help: Heatware

$90 - Seneca XK-FLX - This one is brand new (outside of me briefly trying it) and in the original box. Still under warranty! Has a Celeron N3060, 4GB RAM, dual NICs, and a 120GB SSD. Power supply is internal, so no power brick required. VESA mount included (removable). There is also a COA for Windows 10 IoT Enterprise LTSB on it. 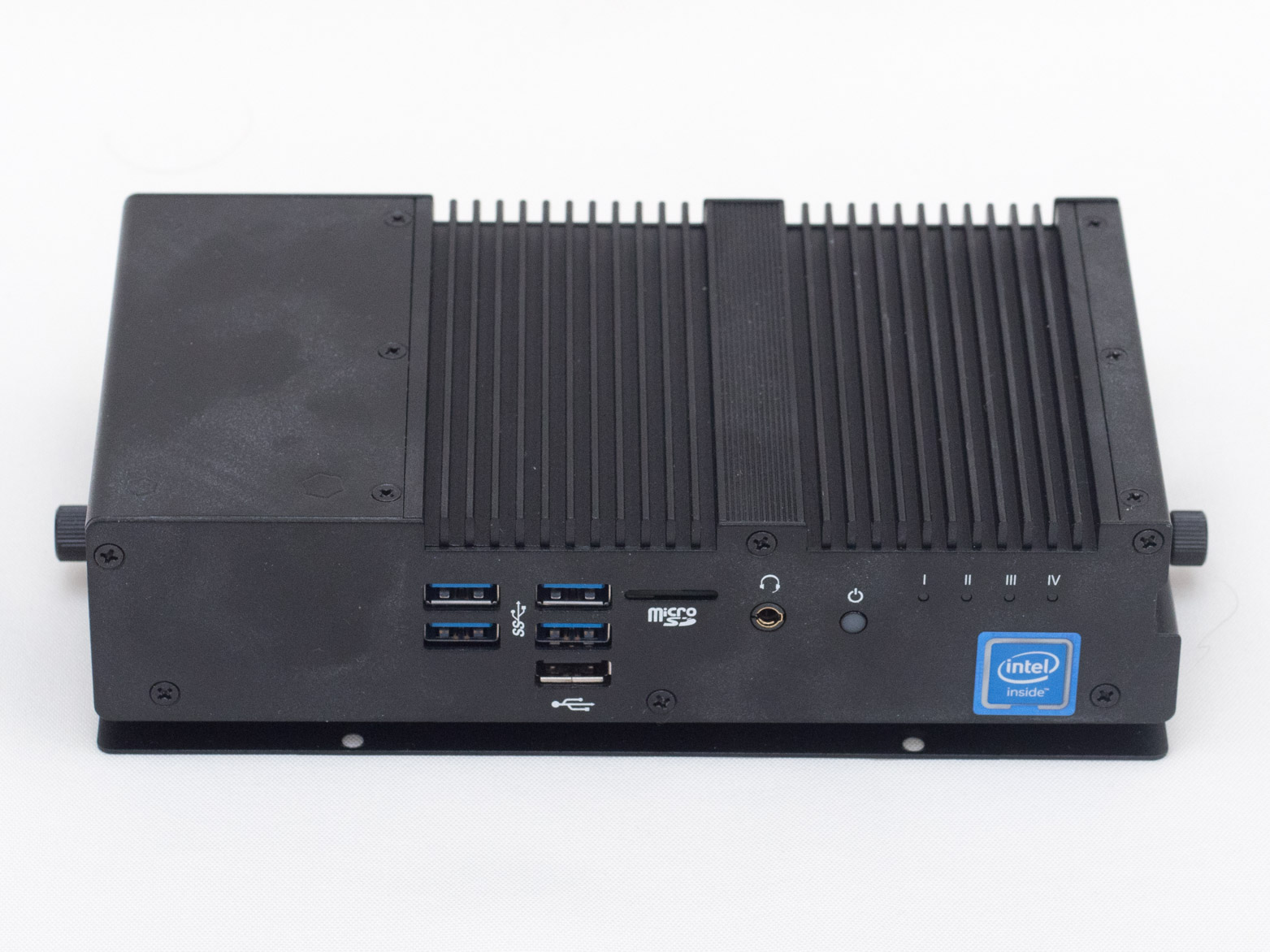 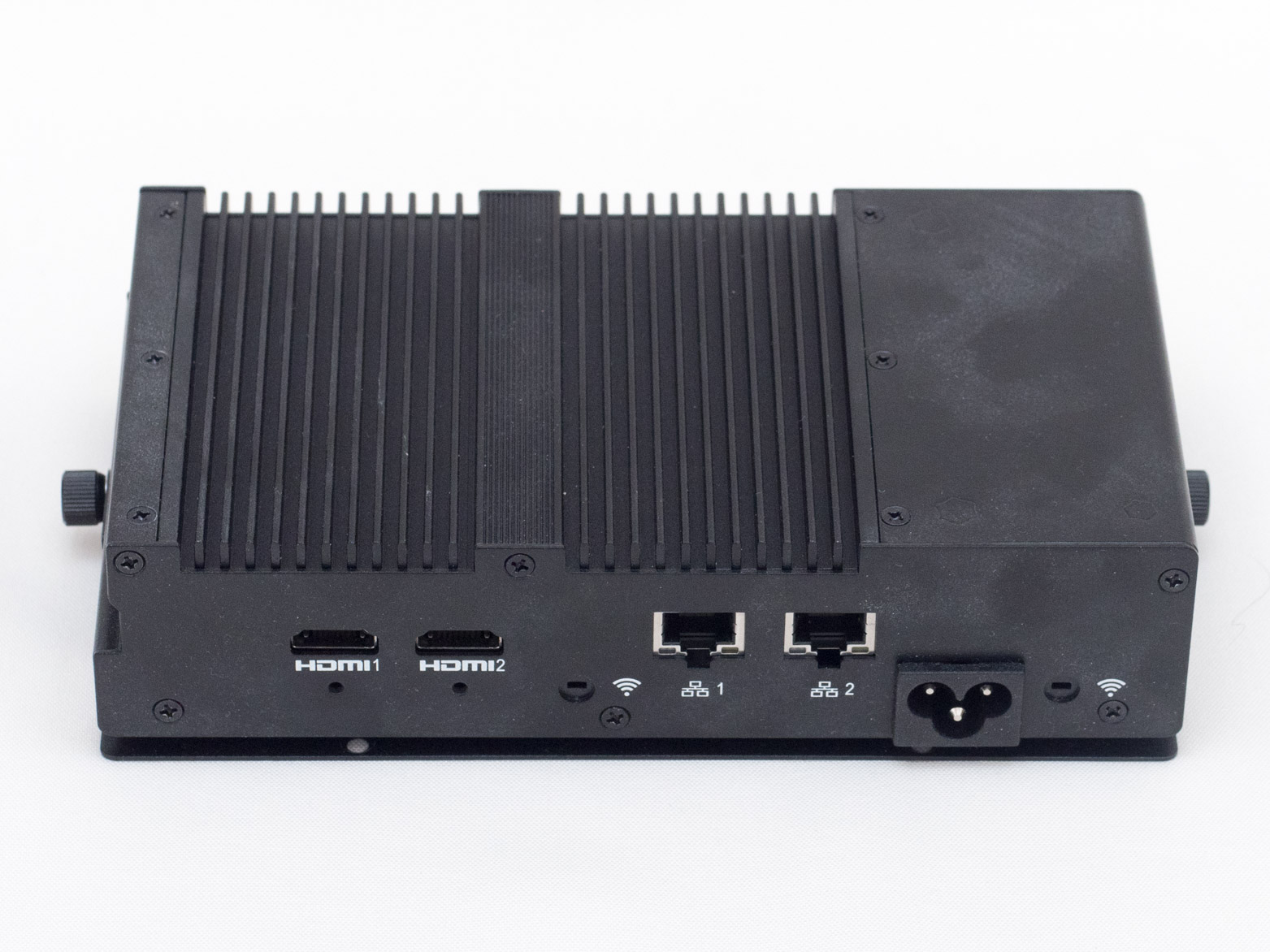 $85 shipped - Celestix 1U network appliance - Brand new and has been sitting around in my closet for years, so it will ship in the original box. Has a Celeron G1620 (upgradable), 4GB RAM, and a 500GB drive. 6 Intel NIC and LCD/control knob (which apparently works under pfSense or Linux) on the front. There is also a CFast slot on the motherboard, for which I'm including a 64GB MLC industrial grade card (has pretty decent speeds and is made by Innodisk). All original accessories (including rackmount ears) included. 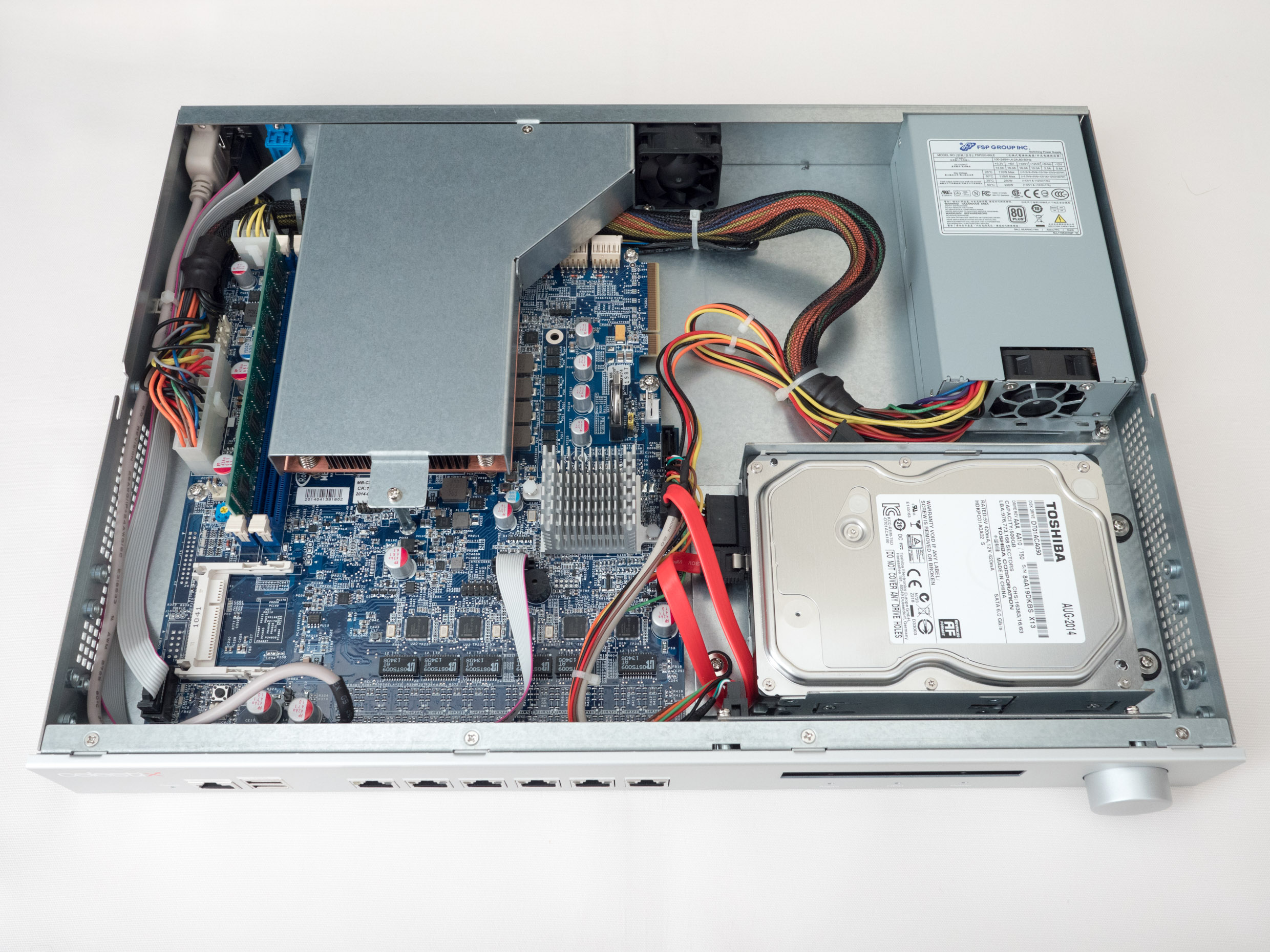 $269 shipped - Aaeon FWS-2360 - This is a custom OEM version of the appliance that comes in a fanless chassis. Atom C3558 CPU, 4GB RAM, and 16GB Innodisk SSD. RAM/SSD are upgradable and ECC RAM is supported. It has 4 x Intel X553 NICs, 2 of which offer bypass functionality. WiFi card/antennas were removed since they're useless under pfSense. I have 2 of these and am currently using the other as my home router (only selling the spare). I'm quite the fan of the looks, form factor, and power usage (~10W). Delta power supply included.

$60 - MSI 9A65 - Has a Celeron J1900, 4GB RAM, dual Intel NICs, and 24GB SLC Intel SSD with pfSense installed. 2.5" bay is empty, so you could add something there if you want. RAM can be upgraded as well as it's not soldered. Ships in original box with accessories such as the VESA mount. There is also a Windows 7 Pro COA on the bottom. No power brick, but any 19V one will do.

$259 shipped - Sold - Supermicro 5017P-TF - Short depth low power 1U similar to the popular Atom C2000/3000 systems that Supermicro offers, except it's faster. i5 3610ME CPU is higher in performance than an Atom C2758 (per PassMark) and has considerably higher single-threaded performance. Has 2 Intel NICs and includes 16GB of ECC RAM.

$719 shipped - Sold - Supermicro E300-9D - Brand new motherboard as I just got this back from Supermicro RMA. Has a Xeon D-2123IT CPU and 4 x 16GB DDR4 ECC 2666mhz (added after the photo was taken). Includes power brick and all original Supermicro accessories (and ships in the factory box). You'll just need to add a drive to get going.

$249 shipped - Sold - Lanner FW-7525D - New in box with rackmount brackets, locking DC power adapter, etc It has a quad core Atom C2558 CPU, 4GB DDR3 RAM (upgradable), 16GB CF card (pfSense installed), and 6 x 1GbE NICs. This is a custom modified version that also includes WiFi (Intel 7260), however the card could be removed for an mSATA SSD or different mini-PCIe card. It is completely fanless and passively cooled, so it's silent. There is also room inside for a 2.5" drive (SATA). Two of the NICs have built in bypass capability that can be toggled in the BIOS.

$249 - Sold - Dell Embedded Box PC 5000 - This is the i3 model (6100E). No RAM included (have some available if desired though). 80GB Intel mSATA SSD included along with CANbus card. Also has the optional PCIe/PCI riser. No other accessories included. If it isn't obvious, it's fanless and can happily run with ambient temperatures as high as 50C. Windows 7 COA on bottom.

$299 shipped - Sold - Supermicro 5017P-TLN4F - Short depth low power 1U similar to the popular Atom C2000/3000 systems that Supermicro offers, except it's faster. i7 3612QE CPU is higher in performance than an Atom C3758 (per PassMark) and has considerably higher single-threaded performance. Has 4 Intel NICs and includes 16GB of ECC RAM.

$129 shipped - Sold - Intel NUC7i3BNK - 7th generation i3 model. No RAM or SSD included, but I have some on hand if desired. This used to be my HTPC and performed admirably (has hardware 4K HDR10 decoding and built in IR). Power adapter not pictured, but included, along with a VESA mount.
Last edited: Sep 16, 2021
Reactions: gigatexal and Samir
P

Reservations on the Lanner and the Dell 5000. But I'm going to need a couple of days please.
Last edited: Oct 3, 2020
Reactions: csp-guy and Samir
P

Bump and update. As he promised to hold them I paid and he instantly put in tracking number another smooth transaction thanks Blue.
Reactions: Samir
A

I thought about taking that one but wanted a closer hardware match to the Lanner that I have already got about month or two ago.
Reactions: Samir
B

Added a Supermicro X10SDV system and dropped prices on the rest.
B

Another round of price drops.
Reactions: Samir
J

Does the NUC come with a Windows license?
Reactions: Samir
B

JErmolowich said:
Does the NUC come with a Windows license?
Click to expand...

No, you will need to supply your own.
Reactions: Samir
U

What's the noise level on the SM box (SuperServer E300-9D)?
Reactions: Samir
B

It's not all that bad. The fans are PWM and will throttle down considerably after POST. It's not completely silent, but it doesn't sound like a server either. I thought it was fairly similar to my desktop.
Reactions: Samir
B

Prices dropped on the remaining items.
Reactions: Samir
B

Another round of price drops.
Reactions: Samir
B

Forgot about some of these and added a few more that I located in my storage unit.
Reactions: Samir
B

Prices dropped all around. Surely one of you needs another router.
Reactions: Samir
B