AMD EPYC 7601 an Engineering Sample - how does it look like?

Hello everybody! I have never seen an Engineering Sample CPU from AMD, how does it look like?
I'm a bit worried, because I bought a matched pair on eBay, it seems like it is an ordinary AMD EPYC 7601 CPU, but it doesn't have an "EPYC" engraving on it... Can it be an Engineering Sample? 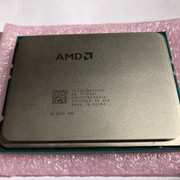 And here is the picture of an "ordinary" EPYC CPU: 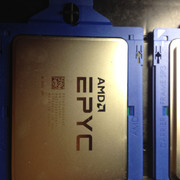