For anyone filling one of those 24-bay chassis, I'm betting that at some point a 2.5" SSD is going to find its way into the machine. Not to worry. There is a cheap and reasonably fast option out there.

It is little secret that you pretty much cannot have a connector side edge to any converter or the 2.5" drive will not line up its connectors with the backplane. So you need a PCB converter.

The Icy Docks are only $14 on Amazon which is great. They are easy to use and nice for the money. But, with 24 that's $336 in just converters for a big case like that. 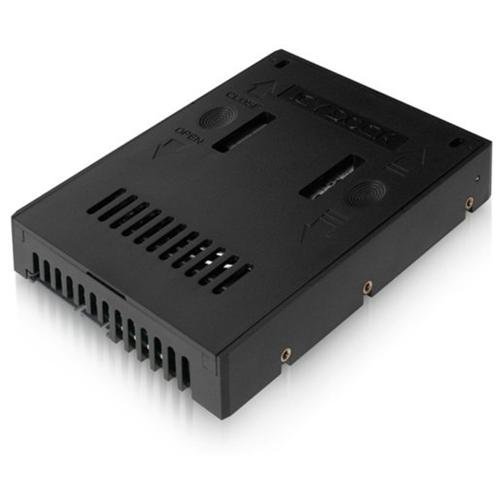 The solution is the HP microserver converters. Commonly these can be bought from ebay for $7 or so but are shipped from China. My experience has been 12 business days with a 2 day variance. Long enough that I forgot I had ordered them at some point. 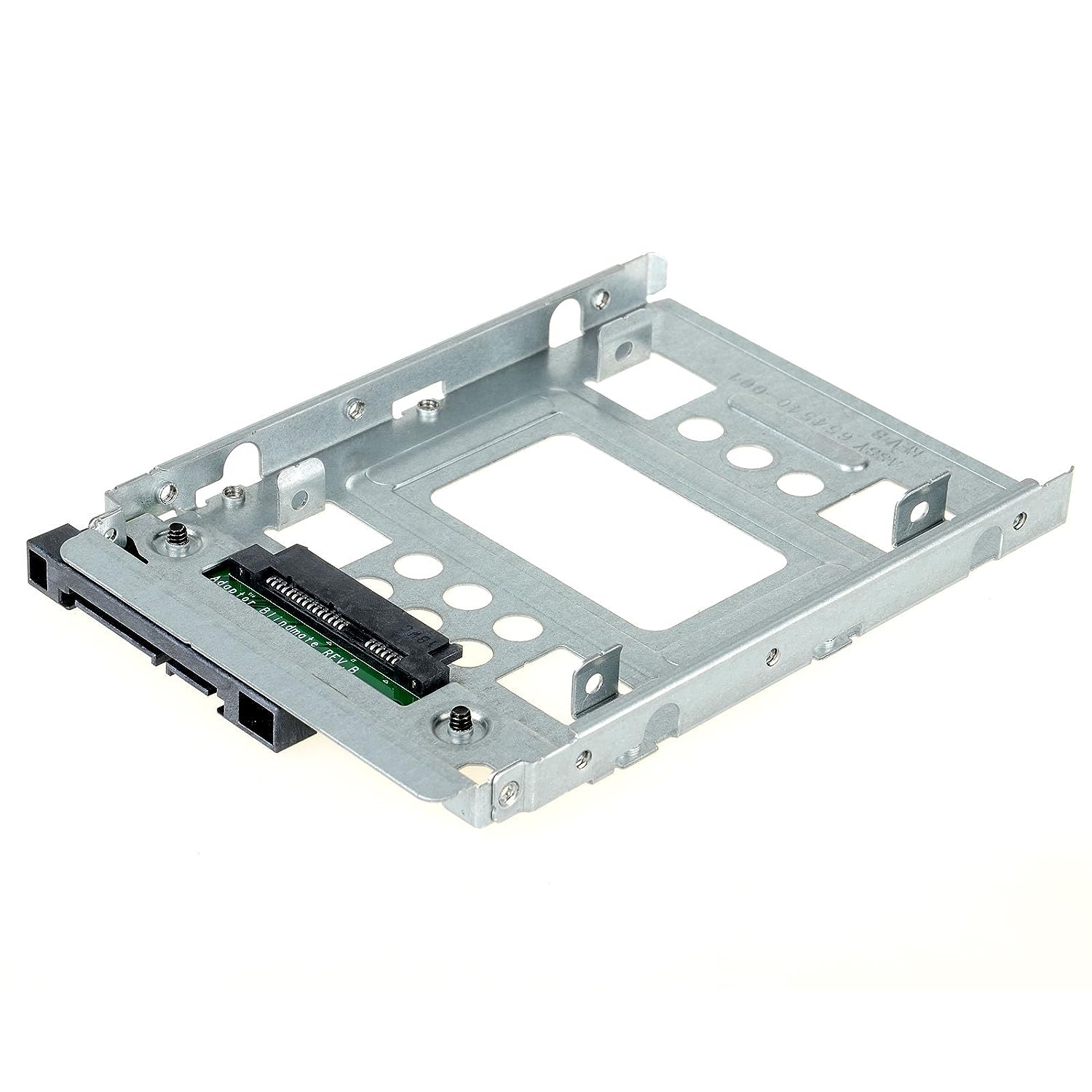 I found an ebay seller out of New York: Brand New HP 2 5" to 3 5" SATA SSD HDD Adapter 4 Microserver Gen8 N54L N40L N36 | eBay and those make it in a few days. There is another auction he has with higher shipping and lower unit prices. Do not that one because you get ebay bucks for the item price not the shipping and they are basically the same cost.

While writing this I've found the converters on amazon too. $3 shipping each!!!!
Reactions: eva2000 and andrewbedia

I use those cheap HP style ones and the Icy Dock ones. I prefer the Icy Dock enclosures but the HP ones are half the price so I do use both.

The one thing you need to worry about is the SAS drives. These both work well with SATA but they do not have the full SAS pinouts.

The WD raptor coolpack(?) is way cooler than all of those. I think they are regular Sata, within 3.5" spec and fairly cheap on Ebay too.

I tried for the WD version two weeks ago. Icy Docks were cheaper at that point.

Earlier GLFS models have been criticised for being incompatible with 3.5" SATA hot swap bays due to the position of the connectors; however, a new revision (HLFS models) has been released which remedies this problem.[8]

Find them really good, but you do have to be aware of one thing.

As they end up not being the same physical size (height wise) as a 3.5 inch drive.... When you use them in hit swap bays.... You have to be careful with airflow and cooling.

There are other more expensive 2.5 to 3.5 inch adapters (eg dell and Supermicro) that seem to have thought of this problem. And your hot swap tray ends up looking (sized) like a 3.5 inch drive. And as such airflow is similar in all slots.

Can't find good pick or link to the supermicro ones.

The WD Ice Pack also don't pass 3.3V from the SATA power connector to the drive. OK for most things, but if you're using a mSATA SDD in a converter, you'll find it'll not work unless the converter has a 5v to 3.3v converter built in (which seems rare).

I've bought both Icy Dock (MB882SP-1S-1B) and Kingston (SNA-DC/35) and have problems recognizing some Intel 335 ssd's. Only with a sata-usb converter I can see the ssd's using these 3.5"-2.5" converters. In the Norco the motherboard (Supermicro X8ST3-F) sees the ssd only if I connect it directly to the ICH10R chipset.

@Mrlie I used about a dozen of the Dell ones in Supermicro trays this weekend.
Reactions: Mrlie and andrewbedia
H

Might be the adapters not passing 3.3V though? This is certainly the case with the WD IcePack which prevented me using a mSATA drive in a passive adapter. Once I fitted the mSATA to a better adapter that has a 5v->3.3v supply, the SSD worked.
N

HellDiverUK said:
Might be the adapters not passing 3.3V though? This is certainly the case with the WD IcePack which prevented me using a mSATA drive in a passive adapter. Once I fitted the mSATA to a better adapter that has a 5v->3.3v supply, the SSD worked.
Click to expand...

The adapters (Icy Dock and Kingston) works if I connect them by sata-usb converter.

Great, gonna buy a few of these then

It's worth pointing out that the Dell contraption has the advantage of presenting the SSD's own connector to the backplane, eliminating concerns like what voltage rail it passes through.
N

When you buy the Dell ones confirm they have screws. They're a PITA to find if you don't get them or lose some... (As is expected but I figured I'd call it out....)
Reactions: Mrlie

Bump. Seems all of these options have gone up in price, anyone got the goods on a cheap, universal, 2.5" > 3.5" adapter?