I am asking owners of Datto MB10 board please share the Datto BIOS.

Background info:
I made the mistake of flashing MB10-DATTO-07 (came with F01 BIOS) with the BIOS for Gigabyte MB10-DS1 and this stopped onboard LAN from working.
(The DS1 has 1G LAN and the Datto board has 10G LAN surprise surprise).

Then following this thread: Help! Is my Xeon-D build dead?
I flashed it with F06 for MB10-DS4 and onboard LAN now works but something is still screwed up with how BIOS and BMC/IPMI report LAN MAC so I would like to fix that.

Did this BIOS work for you? I have the same board and receive the message “Selected file is not valid for bios update”

I don't know. I booted mine with a win10 installer on USB and jumped to troubleshooting mode to pull up a CMD window. I then used the aptio V version of afuwinguix64 to do the bios flashing. I just used the Gigabyte M10-DS4 bios from their website (Aptio V available here: American Megatrends Inc. - BIOS/UEFI Firmware Support ) 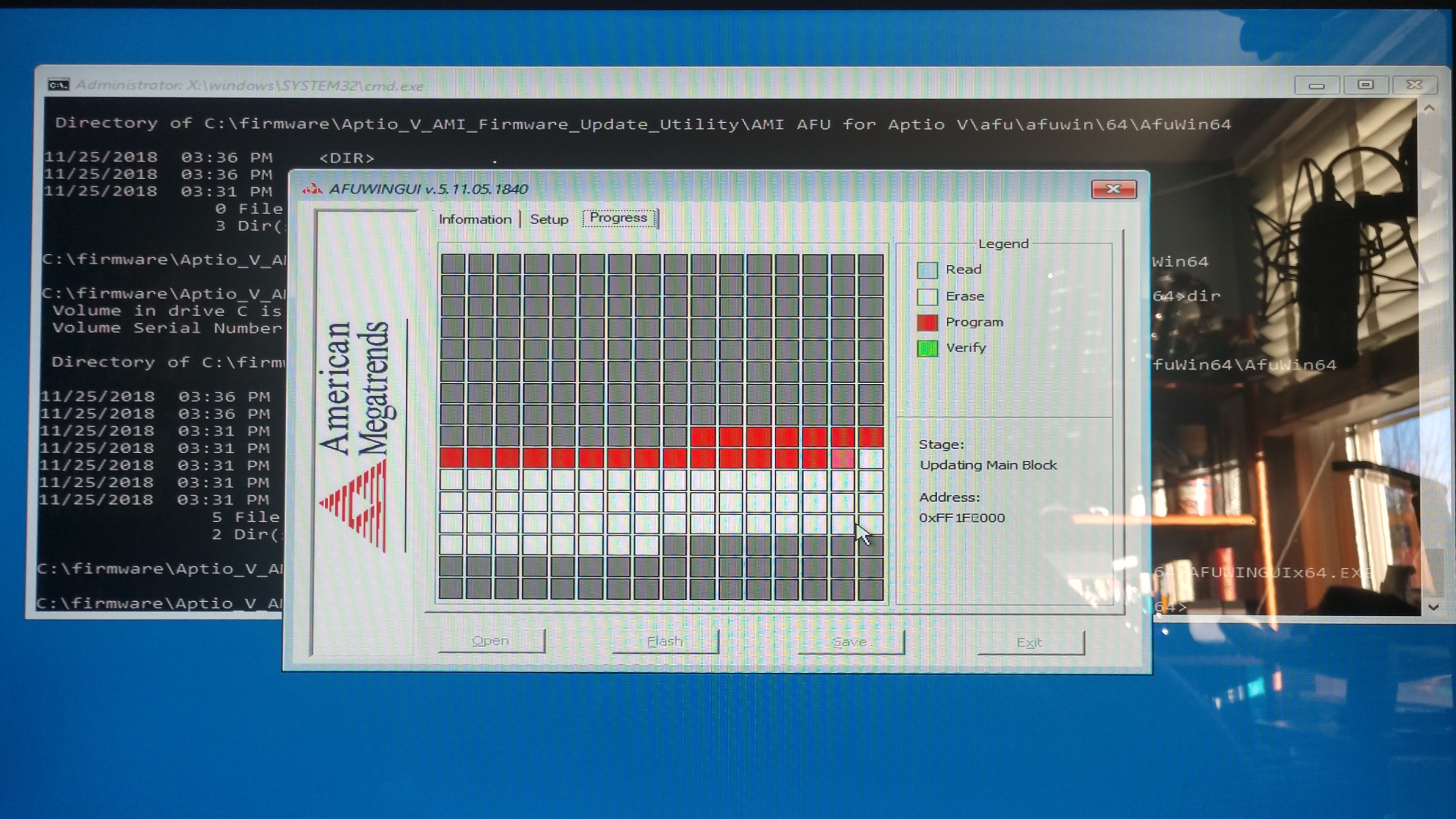 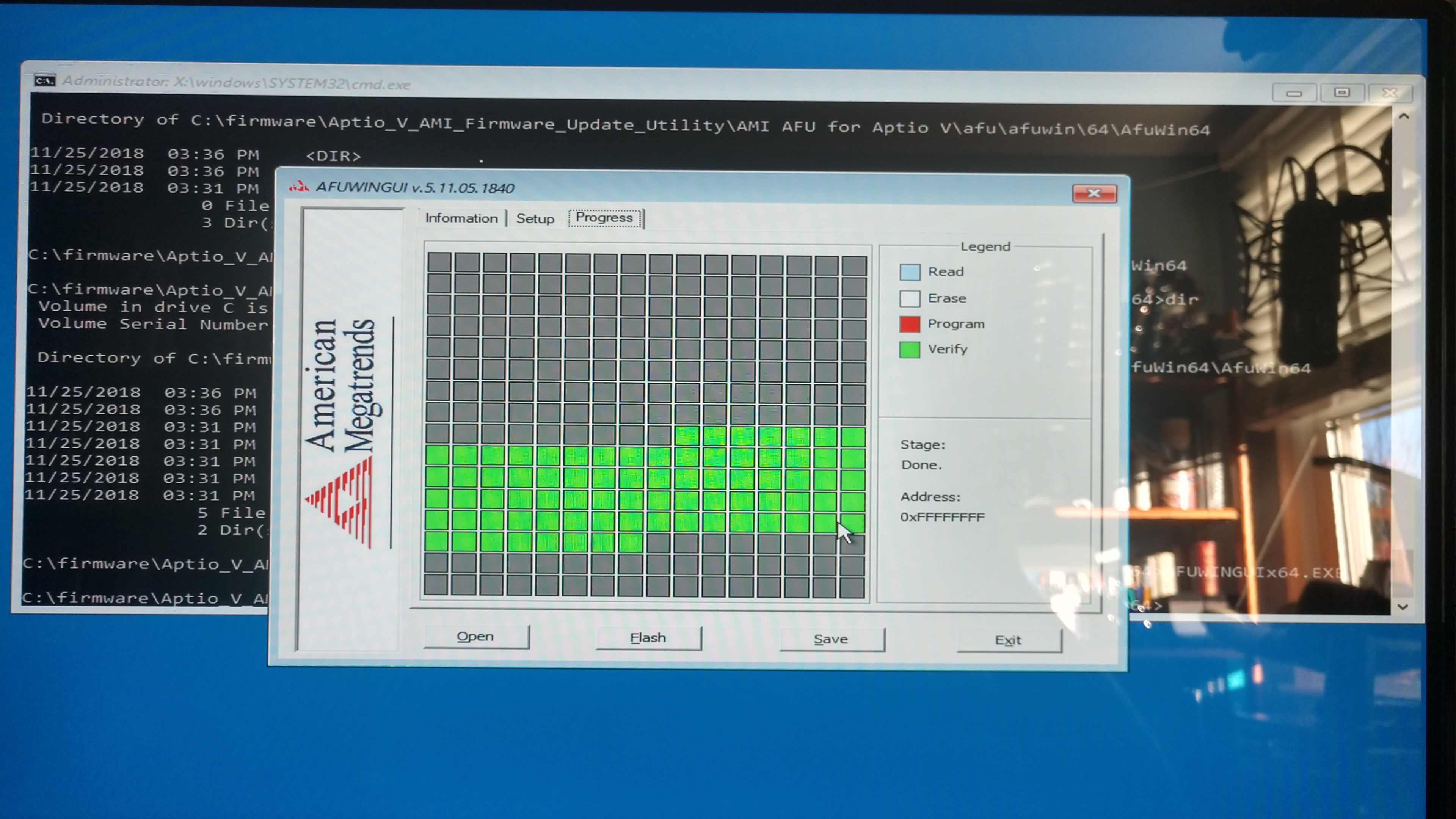 I did update the IPMI with the image file from gigabyte's site through the web gui though. 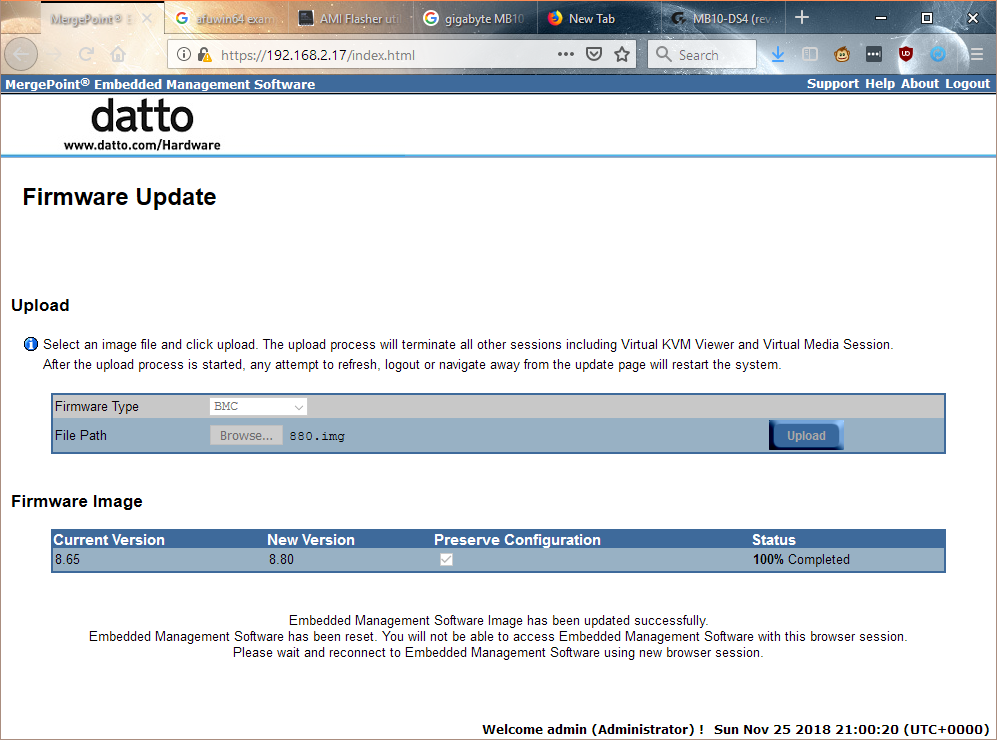 I was unable to get the web gui to take the .rom file that comes from gigabyte's site.

I did also backup my original bios to file, so I can host that too if needed.
J

Somewhat late to this. Ordered the board in November but just got it now du to slow shipping. Looks like I was lucky as mine will post and boot too OS. Just to double check with acquacow witch version of the BMC and Bios did you manage to flash from gigabyte?

I am trying to know if PCIE bifurcation is a option in the gigabyte bios. I still have the original DATTO bios and cant seem to find that option in there. Also original IPMI looks quite limited compared to the Supermicro board I have or some menues not showing properly?

I managed to install MB10-DS4 F11 firmware and all works as expected. Installed on 2 boards. No more Datto boot screen

Is it Datto original F13 or MB10-DS4 F13? I've been using MB10-DS4 F13 for a while already, it works fine but shows two extra NICs as in the screenshot above.
U

barmalej said:
Is it Datto original F13 or MB10-DS4 F13? I've been using MB10-DS4 F13 for a while already, it works fine but shows two extra NICs as in the screenshot above.
Click to expand...

Mine shows the two extra Nics too, but they dont have MAC addresses so I think its just hard coded into the bios rather than actually detecting hardware you cant use


Theyre only in the BIOS itself, like showing hard drive channels with no drive connected except in this case the hardware itself isnt even there, so I wouldnt worry about it