First Post! Okay, here it goes. I'm going to start moving regularly for my job so I sold my rack and got a VRTX to consolidate my lab into "mobile" infrastructure. Since moving involves a lot of vibration I wanted to stick to an SSD build only... but SSDs are expensive. A consumer SLC SSD runs for about $45 a terabyte vs enterprise SSDs which run around $100 a terabyte. But, since they're both SLC I should get similar write endurance! Just at much slower speeds.

My options are:
24 TB of consumer SLC SSD
12 TB of enterprise SSD
or ~40 TB of HDD storage (which I think will be the slowest of them all and I'm trying to avoid HDD).

If I cache on faster SSDs on the VRTX's blades I shouldn't see a huge difference (I think).

I've never worked much with SSDs however and I don't have a lot of real-world experience with them. What are your thoughts on using consumer SLC SSDs for NAS storage? Am I overlooking anything massive?
B

Consumer SLC? Don't think I've seen that since 2008. Even enterprise SSDs are now normally TLC at best. How much endurance do you really need? I think many overestimate how much data they'll actually write in any given year. Main thing you'll be missing out on with consumer SSDs is PLP, which might not be an issue.
Reactions: i386

Do you mean TLC? You can find 24GB SLC drives (Intel 313 msata, for example) but it's very uncommon, and you certainly won't be finding it in 1TB at a time (maybe 480GB or 960GB but those will more likely be MLC or eMLC).

I have a micron 9200 max pro 3.2TB that was one of the earlier "super huge" TLC enterprise ssds for databases, etc. It was about $500 used on eBay (probably can find 9300 pro cheaper now, be careful of hours though). I run VMs off of it and can't really tell the difference between it and a Samsung PM981 unless I do a speed test.

I have a few "desktop" VMs which are a good way to gauge perceptible speed, using them like a normal desktop/laptop. None of them hang even when running 4-8 other VMs off the same drive. Of course, the box has an E5-2660v4 and 128GB RAM, but that's another story...

I'm so stupid. They all said SLC cache *huge facepalm*. I going to go die in a dumpster now lol.
Reactions: BoredSysadmin and itronin
I

You need enterprise ssds for plp and it's ability to keep the performance in sustained workloads.


hchasens said:
My options are:
24 TB of consumer SLC SSD
12 TB of enterprise SSD
or ~40 TB of HDD storage (which I think will be the slowest of them all and I'm trying to avoid HDD).
Click to expand...

i386 said:
You need enterprise ssds for plp and it's ability to keep the performance in sustained workloads.

I was hoping to stay away from HDD since I'll be transporting it often (once every two months or so). I didn't want to take all the drives out every time I moved.

There is only one thing I use consumer SSD's for, and that is selling them to someone else. Even my Steam game library runs on enterprise SSD's.
It's not only sync writes that is massively faster, you also have endurance, and sustained performance.
Reactions: itronin

AveryFreeman said:
Note: U.2 adapters add another $100-150 and then if you want an NVMe hot swap adapter (I think icydock has one?) they are the cost of your first born - was $550 last I checked, if you can even find one.
Click to expand... 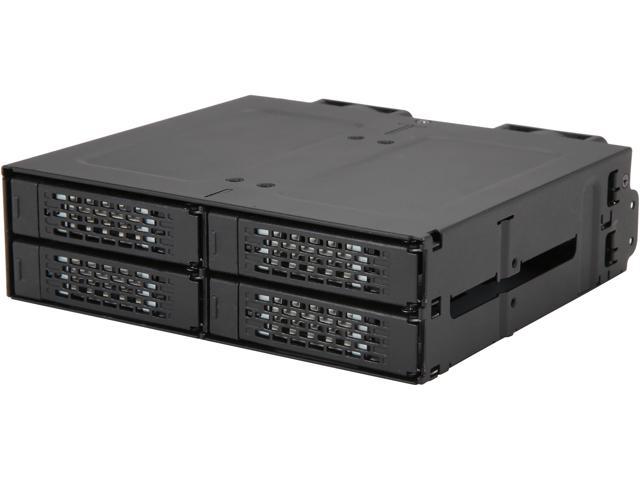 If you are using direct U.2 connection with SFF-8643, it works perfectly.
The V2 has its own issues, where it does not work with Tri-mode HBAs.
U

nabsltd said:
If you are using direct U.2 connection with SFF-8643, it works perfectly.
Click to expand...

The V2 has its own issues, where it does not work with Tri-mode HBAs.
Click to expand...

Both LSI Tri 9400 & 9500 claim standards-compliant pinouts, as does the V2.
Pls cite your reference for the "does not work".

I'm connecting to a SFF-8643 port on my motherboard, using a generic cable with 8643 on both ends. For a lot of people, something like that would be the most economical way to connect to this hot-swap cage, as you can cheaply add 4x U.2 ports using an x16 slot and a bifurcating motherboard (or, two x8 slots, etc.). For around $100, you can connect 4x U.2 drives to a $250 hot-swap cage. That's way better than paying $400 (or more) for a tri-mode HBA, $400 (or more) for the V2 cage, and then whatever it would cost for cables to connect the two. Now, if you are already buying a new motherboard that has Oculink, the V2 is probably a better choice.

Of course, one caveat is that you must replace the pathetic fans on either version, if you don't want to fry your U.2 drives.

Straight from the product page:

Code:
I don't know exactly what "Tri-mode cards" they are referencing, but there aren't many out there.
Reactions: UhClem
R

What about buying used enterprise disks, these 3.84tb Samsung's are pretty cheap (depending on how you calculate it, it could be as cheap as around $ 66 /TB: 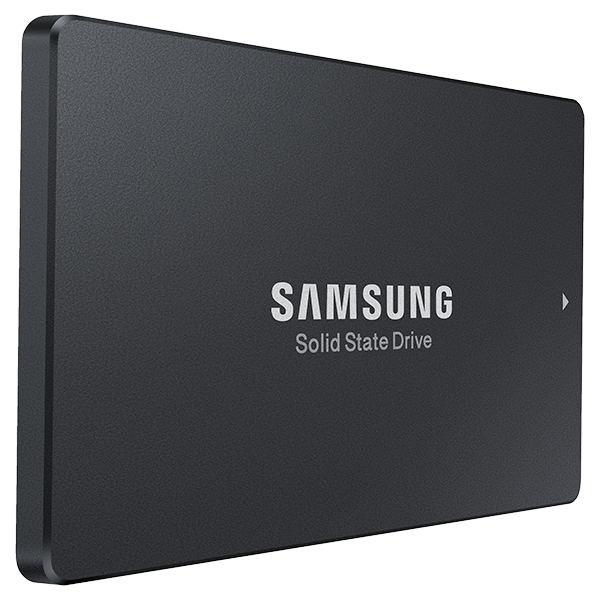 Find many great new & used options and get the best deals for Samsung PM863a 3.84TB 2.5 SATA-III SSD (mz7lm3t8hmlp-00005) at the best online prices at eBay! Free shipping for many products!
www.ebay.com

With that said, I think someone has to ask a different question:
If you are frequently moving around, do you really want lug a still relatively heavy VRTX around?
Unless you need to tinker with the actual hardware side, you could probably just stick your servers in a datacenter somewhere (leasing a server, could also work depending on your needs).
U

Now, if you are already buying a new motherboard that has Oculink, the V2 is probably a better choice.
Click to expand...

Why would I do that when I have 8643 on both ends (motherboard and enclosure)?

But, seeing as how Supermicro sells the exact cable you mention for use with the motherboard, I'm pretty sure it would be OK.
I

nabsltd said:
Why would I do that when I have 8643 on both ends (motherboard and enclosure)?
Click to expand...

IDK hmmm maybe use one that has the same connector on both ends?

Here I'm using both "kinds" of SFF-8643 - Some with (SM NVME) white connectors and some with (GENERIC) black connectors. I verified both "kinds" of cables work for either u.2 or SAS. I'd just make sure that the cables are high quality and not junk. And yes that's a BPN-SAS3-216A -N4 backplane.