FF with supermicro generally means fully functional so it shouldn't have any issues how are you trying to view the post screen?
Any GPU or PCIE cards?
What do you mean power on through IPMI doesnt work/how are you trying to execute that?
Have you updated to the current BMC version?

Seems the seller has added $22.72 shipping on now instead of free
K

zer0sum said:
Seems the seller has added $22.72 shipping on now instead of free
Click to expand...

@Spartacus , all i had plugged in was the CPU and the memory, no GPU or PCIe cards. I attempted to issue the poweron via IPMI web BUI.I was able to tell the system to start via the BUI after having held the physical power button, in that the system was off and no fans spining, i clicked the powerup button and the fans started spinning.

I attempted the BIOS update via IPMI and the previous key that was in place from the previous owner of the systemboard.

I have no updated to a current BMC version yet.

Does anyone have a previous version of the BIOS for the X10SRH-CF?

The_Moves said:
I received a X10SRH-CF earlier this week from the linked eBay posting in post 1, as well as a base e5-2603 v3 to test it with until i decided on what to get for a processor - was considering going with a v4, but they are too expensive still yet. Anyways, I tested the board/processor initially with a spare Non-ECC DDR4 Dimm I had available, but the system didn't post. I waited till today when I got in 2x 32GB Samsung RDIMMs (on the compatible list), yet the system didn't post. I swapped the board over into my main chassis with a different PSU thinking it was PSU related, the system didn't post. I have tried without memory, same result, no post.

For all the above cases, I plug the power in and the FANs start spinning immediately. It doesn't jump up to a high fan speed like one would expect to make sure things are working, it is mostly just a constant low speed. After a minute or so the fan seems to slightly slow down audibly, but that may have been my imagination.

Looking through IPMI, i see the "post snooping" code is "ff". Attempting to power-on via IPMI doesn't work. I have also attempted to update the BIOS from 1.0a to 3.2 (latest available i can find), the update says it completes yet the BIOS is not updated when I check the initial IPMI splash page.

Attempting to clear the CMOS by connecting the two headers/soldier points on the systemboard didn't help, nor pulling the battery and letting it sit for a 30 seconds.

Tomorrow i'm supposed to receive the CPU i settled on, a e3-2650l, and will test with it.

For what it's worth I recently got a dead E5 2620v3 from eBay. Fortunately I had another so was able to verify that it was indeed dead. Seller made it good. Dead CPU's aren't all that common but they do happen.

Same here. Offered $125 because seller previously accepted it. Guess when he got low he became less generous. He countered with $156.98. I accepted. It's still a helluva deal.

Fritz said:
Same here. Offered $125 because seller previously accepted it. Guess when he got low he became less generous. He countered with $156.98. I accepted. It's still a helluva deal.
Click to expand...

Its a business some folks seem to get better deals than others, our assumption has been different employees that are reviewing are willing to accept less.

"We are down to the last two and there has been a huge spike on these so they asked me to raise the price accepting margin. Apologies."
Last edited: May 7, 2020
T

Waiting until I get my E5-2650Lv3 in the mail before asking for a refund. I did update the IPMI/BMC to the latest available on Supermicros website.

@Fritz @Spartacus, do you think I should be able to see systemboard stats from IPMI if I dont have a CPU in the socket? I would think i would need a CPU in there at least for the system to even begin to work. As of now, IPMI says everything is great, but no stats show. The configuration for Processsor/Mem shows the previous valid setup I assume that was used on the server - fully populated with 32gb Micron dimms (mine are Samsung) and a e5-2697v3 i think for the processor (mine a 2603v3/2650Lv3). Another odd thing I noticed was previously there was 2 PSUs used in the system, now I only have my single one - could that be an issue?

When updating the BMC/IPMI, i told it to reset everything, yet the previous configuration data mentioned above is still present. Under Miscellaneous > Activate License it is still showing as "Activated". I find this odd...

I attempted to go to the Remote Control > Power Control and it failed with an error, saying it was unable to do so. Attempting the JAVA GUI doesn't result any better.

Iirc The activated license just means it has an IPMI license so that you can update bios remotely.
Last edited: May 7, 2020
P

The_Moves said:
... do you think I should be able to see systemboard stats from IPMI if I dont have a CPU in the socket? I would think i would need a CPU in there at least for the system to even begin to work. As of now, IPMI says everything is great, but no stats show. ...
Click to expand...

You not only have to have a CPU installed, but it needs to be running in order for IPMI to report any stats. This is for all SM boards with IPMI, not just this one.
Reactions: TXAG26 and Spartacus
T

@Spartacus @PigLover thanks for the responses. Attempting a BIOS update now remotely via IPMI since the feature is enabled.

It was the 2nd last one they have, so whoever ends up getting the last one might get lucky and manage to get similar or lower I hope

I wouldnt recommend that,I prefer local usb update, that said if it wont boot you wont be able to update it either way.

@The_Moves additional question, are there any bent pins or stuff in the socket (might want to verify when you try the new proc)
Just to confirm both the 24 pin atx and 8 pin cpu power are plugged in on the board correct (make sure they're both snug and snapped in)?

The_Moves said:
@Spartacus @PigLover thanks for the responses. Attempting a BIOS update now remotely via IPMI since the feature is enabled.

Did you check all the cpu socket pins and cpu really carefully?
Try just a single stick of ram to being with as well 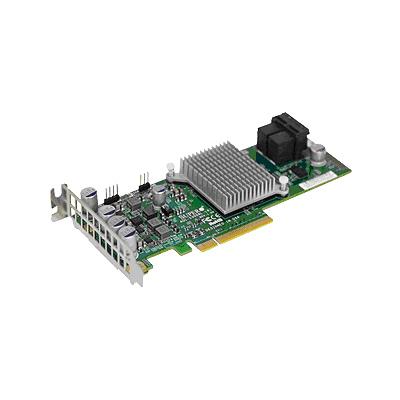 8 Internal Ports SAS HBA Adapter Card - 12Gb/s per port, Broadcom SAS 3008 Controller, PCI-E 3.0 x8, Low-Profile, Supports up to 122 devices as HBA only, in IT Mode (JBOD) - (Can only be sold BUNDLED with Supermicro Motherboard and/or Systems)

The_Moves said:
@Spartacus @PigLover thanks for the responses. Attempting a BIOS update now remotely via IPMI since the feature is enabled.

They only way I was able to update my BIOS was from DOS.
T

@Spartacus @zer0sum I did reseat the processor last night and din't notice any bent pins; however, after watching a video on youtube about bent pins I will use a magnifying class to verify no bent pins and that there is no foreign debris in socket.