Anyone know if a satadom will fit/work in a Dell R620(does the internal sata connector even supply power)? Gonna PCI Passthrough the HBA so I need something external to use for a vm if anyone has other suggestions. Otherwise it Kinda looks like USB.

I took a close look at my R620 and there's no simple, plug it in and go solution.

But, I can think of a couple ways to do this. I've tried none of them though, so I can't say which will work.

2. I don't have one myself, but there's a dual SD Card module option (Dell 6YFN5). Not sure if that's any better than USB, and I don't know if there's any limitations, but its another option:

3. My R620 has a MiniPerc H710 card installed and connected to the backplane. So, the onboard S110 SATA controller isn't being used. I've read on the internet that some folks have discovered that the S110 remains active with a MiniPerc installed and some have installed a breakout cable to connect to SATA drives tucked away in the chassis or to an external disk chassis. Again though, you'd need to find a way to power them.
R

Some of these other options sound complicated, not even sure i understood 3.

SD card module + sd card look expensive vs a usb drive but it would be interesting to know how it compaires against other options(also the sizes are quite small, the cheapest are like 1-16gb for $30-40).

Are you sure the SATADOM wont work in the back toward the internal usb. I c a sata (1)(are you saying this is the 7 pin sata that also supplies power?) and 4 pin power connecter(2).

Ahh. I see the disconnect. You have the 10 bay model. My mistake. Sorry.

Bottom line is, Yes I've run an SSD off that connector. But I have a 4 bay model, so I can't say that port is active on a 10 bay model.

On the 4 bay (mine) and 8 bay, there's an optical drive installed in the front bezel instead of just disk trays. The connector you labeled #1 is for the Optical drive SATA Cable on the 4 & 8 bay models. So, my first comment above is regarding that connector, and the answer is Yes, I've run an SSD off that connector. Its just that mine had a cable that ran from that connector to the front of the chassis and I found it easier to connect an SSD up to that end of that cable and tuck it in the front of the chassis. What I don't know of course is if this port is disabled for some reason on the 10 bay model.

The 4 pin connector labeled #2 in your picture is for the Opttical Drive power cable. What I was trying to say above is that I don't think the power connector on that DOM you linked to is a match for this connector, so you'd have to rig something up to plug it in there.

Connector #3 is a backplane signal connector, and its not connected to anything on mine either.
M

Okay, I looked up some pictures with different angles on the DOM part number you linked to, and I think that power connector may very well fit without modification. I checked the connector picture against the power cable in mine, and the red and black wires are in the right spot in relation to the retention clip.

Great find! I might have to get one myself.

Leeme find my ebay order, i bought some sata doms and used the 4 square pin (#2) to power them on my r730s For nutanix. its the same thing for the 620 (assuming there is clearance)
M

Spartacus said:
Leeme find my ebay order, i bought some sata doms and used the 4 square pin (#2) to power them on my r730s For nutanix. its the same thing for the 620 (assuming there is clearance)
Click to expand...

Glad you're on the case. I made a pretty good hash with my responses and probably confused @Rocxxr more than anything else.

@Markess I'm in IT at a monitoring company, so you name it we have it and I get to figure out how to configure it so our devs can test against it ~ nutanix, nimble, netapp, compellant, VNX, juniper, , fortinet, cisco, HPE, Dell, supermicro, if a customer uses it we have it to test against. 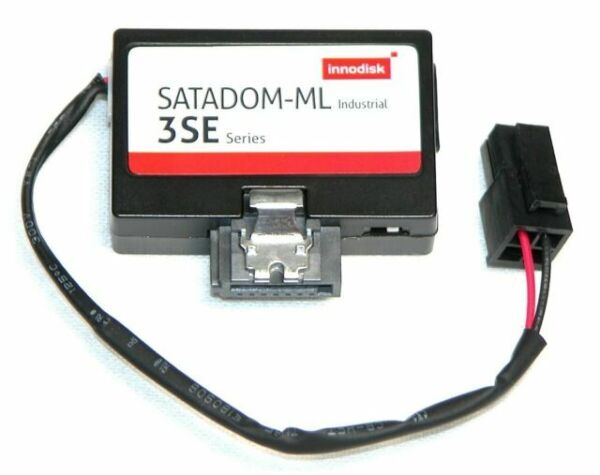 These are the ones I bought, they're parts matching for the R730s, looks like its pretty much the same as the one you linked just a "newer" part number of the same model.