Looking for recommendations for a home WiFi Router.

Ah, typically I prefer to have as many cable drops as I can going to my network cabinet. I have two active and one inactive drops per room, with more where I have TVs and APs. While using a wired network connection is very low latency, chaining switches does add a very small bit of latency as the tree "expands" its branches. Having everything going to one place also aids in re-wiring stuff as needed via patch cables. Ofc, as you mentioned, you only have one drop to each room, so this won't be applicable in your case.

You will be able to put the switch in front of the Lyra AiMesh node or vice versa. It should work either way since the Lyra's ports will act like a normal switch when in AiMesh mode. I had to do something similar for the AP covering my backyard, as I didn't have the foresight to run a drop there originally. I ended up using the closest AP's spare port with a PoE injector (the APs are PoE powered, but the second port is not) to get WiFi coverage via another AP in my backyard.
Reactions: Markess
M

Thanks to everyone who gave advice! I thought I'd wrap this up for anyone that comes across this on a Google search looking for info.

With the ASUS GT-AC2900 by itself in the same sub-optimal upper floor corner location that the master Lyra node was, signal strength is much better than I was getting with three Lyra nodes together. No dead spots in our 2600sf house. My daughter was even able to stream HD video outside in the back yard on the opposite corner of the house, where we rarely got a signal of any kind with the Lyras.

We have "up to" 1Gb symmetrical internet, which in the past with the Lyras was never better than 200mb down/100mb up (and usually worse) on the free tests (fast.com etc.). I assumed it was the ISP under-delivering and living up to the "up to speed" disclaimer. The GT-AC2900 is getting between 500-600mb up and down.

My kids decided to help with "real world" testing and had Netflix/Amazon Prime HD streams playing over WiFi on three devices, while simultaneously gaming on their desktops over wired connections, and everything was solid.

So, for the moment, Ill try leaving the new router by itself. If wind up needing to add AImesh nodes, I think I may be better off buying something newer rather than try to reuse the Lyras.
Reactions: ReturnedSword
R

Great to hear your positive report and hope your family is enjoying the better WiFi!

On the issue of the internet speed though, even a cheap router should be able to handle gigabit line speed. The “AC 2900” is mostly just marketing however. The manufacturer takes the highest theoretical, perfect scenario speed and adds up both the theoretical speed of 2.4 GHz and 5 GHz, then they round up that number (because of course they would).

Assuming your WiFi devices have MU-MIMO, which allows multiple devices to more efficiently share a router, 500-600 Mbps seems reasonable for WiFi throughput when there are multiple devices actively connected.

I would still try to have as many stationary devices connected to Ethernet though, to preserve WiFi bandwidth for WiFi only devices.
Reactions: Amrhn and Markess
M

OOps. Guess I wasn't clear. It wasn't 500-600 mb over the Wifi, I was talking bout the download speed of the internet connection. So, I was assuming if I started getting more than double the download speed from the ISP, and more than 4 times the upload, just by changing the router, then the old router maybe had something odd going on with it?


ReturnedSword said:
I would still try to have as many stationary devices connected to Ethernet though, to preserve WiFi bandwidth for WiFi only devices.
Click to expand...

Definitely. Except for laptops, phones, and a couple Amazon Alexa Dots, everything is wired. Even the wireless printers are wired instead.
R

It’s possible, though as an example I have a very old RT-N66U that can still do 1 gigabit line speed no problem. Its processor is much slower than the Lyra. Were you testing the Lyra on a wired connection on the master node? The more hops away in mesh mode, the slower the throughout will be if it’s using mesh mode as its backhaul.

Which ISP do you have? I haven’t heard of any FTTH or FTTN ISPs not reaching the quoted internet speed. Usually they actually over provision it a bit.
M

I was on my desktop, which is wired and run through a switch (Aruba S3500) to the master Lyra. Same setup for the new router...desktop through the switch to the router. So I'm guessing the results would be comparable? Regardless of the numbers, my son the crazy competitive gamer says its like night and day. So, that's good at least


ReturnedSword said:
Which ISP do you have? I haven’t heard of any FTTH or FTTN ISPs not reaching the quoted internet speed. Usually they actually over provision it a bit.
Click to expand...

My ISP is Consolidated Communications (formerly Surewest) in Northern California. They are very careful to say "speeds up to" and actually promise nothing. They ran the fiber in the neighborhood about a decade ago, but its only recently that Gigabit came down in price enough that I wanted to bother with it.

Out of curiosity I poked around reddit about Consolidated, in the SureWest service area. It seems to me that fiber providers don’t really need to oversell their speeds (Unlike cable providers) due to the large amount of bandwidth available. Some commenters mentioned that the line may need to be upgraded (free) if you just give them a call and report that you’re not receiving the speed you pay for. When the tech comes out they should know what to do.

500 Mbps is a huge improvement, and it looks like the Lyra was the culprit. However I wouldn’t be happy if I didn’t get the service promised and if it were me I’d definitely be giving them a call!
Reactions: Amrhn and Markess
A

I have a pretty good experience with Archer C5400 routers, at least if you get over the basic entry-level. 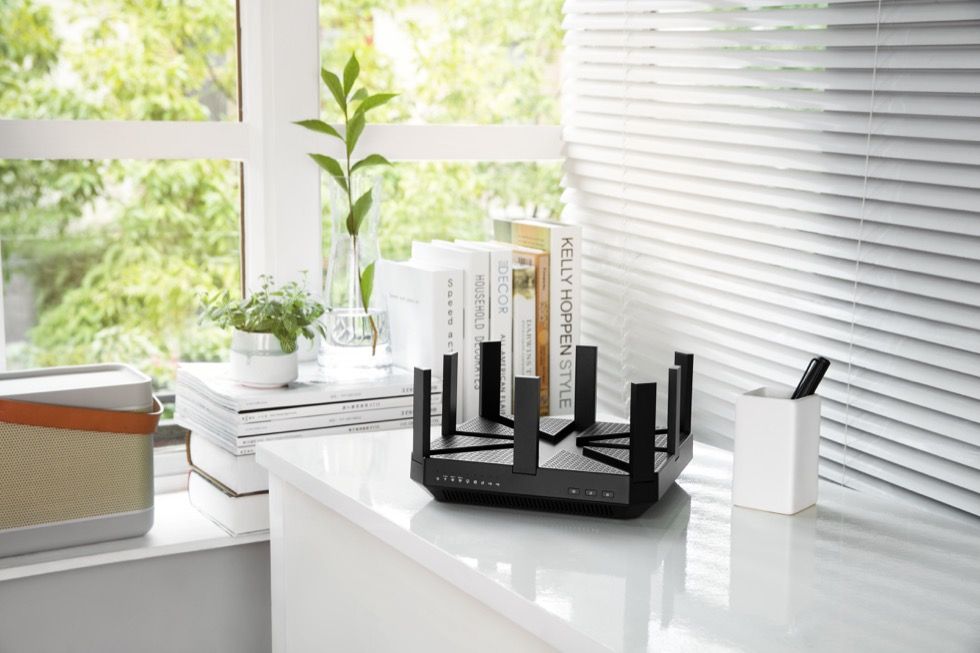