I have too many Precisions and too little time

Wasmachineman_NL said:
Hell yeah, my P4-M is coming in the mail today!

EDIT: YES IT ARRIVED! And it's working too!

Massive thanks to @NablaSquaredG for reshipping said CPU, without him I would never have the world's fastest M50!
Click to expand...

Great to hear that it arrived safely and works! Happy to help, Homelab Community must stick together!
Reactions: Wasmachineman_NL

Haven't received my M6700 Covet yet, but I did acquire a shitload of laptops, including a few 2012 era Precisions!

M4500: Broken display latch, no battery, HDD/caddy and charger, and I broke two keys by accident while cleaning it i'm also quite sure the mobo is ****ed in one way or another as it doesn't shut down properly when doing so in Win10. Highly considering just parting it out at this point
M4700 #1: Keyboard connector on mobo broken, missing parts, springs for the hotswap HDD were completely f'd causing the caddy to get stuck, screen with visible wear and scratches. Has a i7-3740QM though, nice! I took this one apart as I was starting to run low on space in my room.
M4700 #2: Only needed some RAM and a SSD, also needs a battery and i'm going to upgrade the CPU in the near future to the 3840QM from the M6700 below.
M6700: Keyboard connector broken, missing parts and ran VERY hot due to pumped out thermal paste. Has a 3840QM and a K4000M though, hell yeah! I benched this machine earlier today:
Rest aren't that special, bunch of HP craptops aside from a rather nice condition 8730w which even has a working battery and a 2710p with it's dog slow 1.8" HDD lol, a EXTREMELY dirty/dusty Latitude D620 without battery or RAM cover that I just installed XP on for shits 'n giggles, five ThinkPads, two of which BIOS passworded which I can't reset easily (damn you Lelnopo, they're in good condition too!)
Last edited: Dec 24, 2021

UEFI variables are so much fun, I overclocked the 3840QM in the M6700 to 4.2 GHz by using it's rather obscure Turbo Bins feature. Certain Intel CPUs like the 38xxQM or 6820HQ in my P50 are partially unlocked, allowing them to run at 400 MHz faster on each core. A 6820HQ can be turned into a 6920HQ very easily with ThrottleStop.

Or in case of Ivy Bridge: GRUB's shell and setup_var
Reactions: NablaSquaredG

This god damn wait is killing me. I hoped it would have arrived this week but looks like it'll be next week at the earliest.

holy shit Slovenian Post has got some lightning fast workers, 2960XM/4000M I bought Tuesday came in half an hour ago!
Reactions: NablaSquaredG

And both work just fine, hooray! Now to find the final upgrade: a Quadro 5010M.

In other news, my M6700 Covet is at Dutch Customs so i'll be getting it next week!

In other news, my M6700 Covet is at Dutch Customs so i'll be getting it next week!
Click to expand...

Well so much for that, almost a week later and still no sign of it. Emailed my contact who shipped it and apparently 2-3 weeks wait time isn't unheard of.

I nagged PostNL on Twitter and it seems Customs is overwhelmed. Argh. THE WAIT IS KILLING ME!

At least it's some confirmation that my parcel hasn't gone lost thankfully.

Still no sign of my M6700 Covet, it allegedly is still stuck in Customs. Ugh.

Bought some parts for my M6600 though, two spare motherboards and a battery which will be going into my M4700.

Received the battery and boards. Can't test the mobos, but the battery works and is in good condition. Awesome.

So I guess i'm doing this: 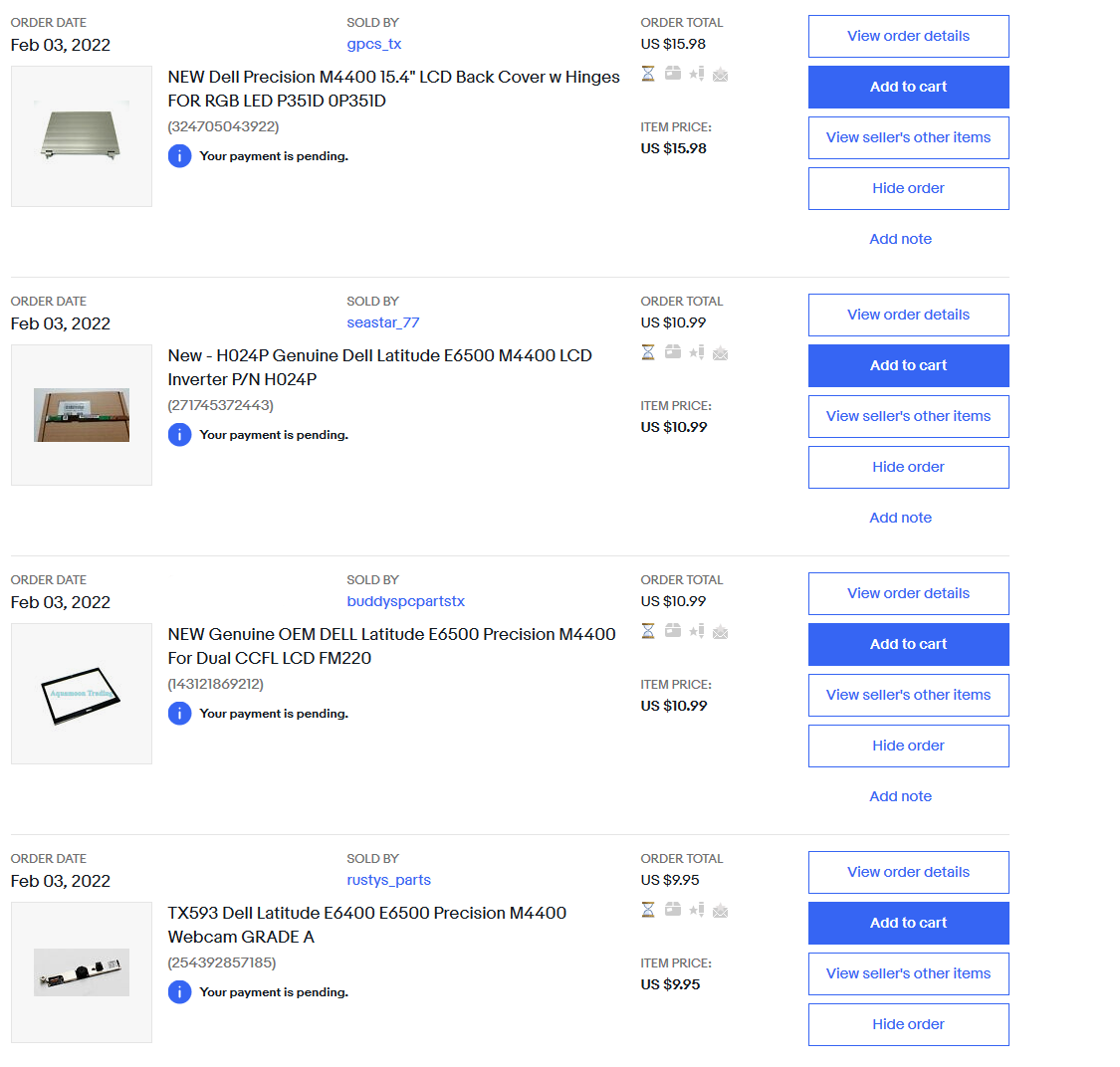 RGBLED conversion on my WXGA+ M4400. Didn't buy a screen yet though because reasons. 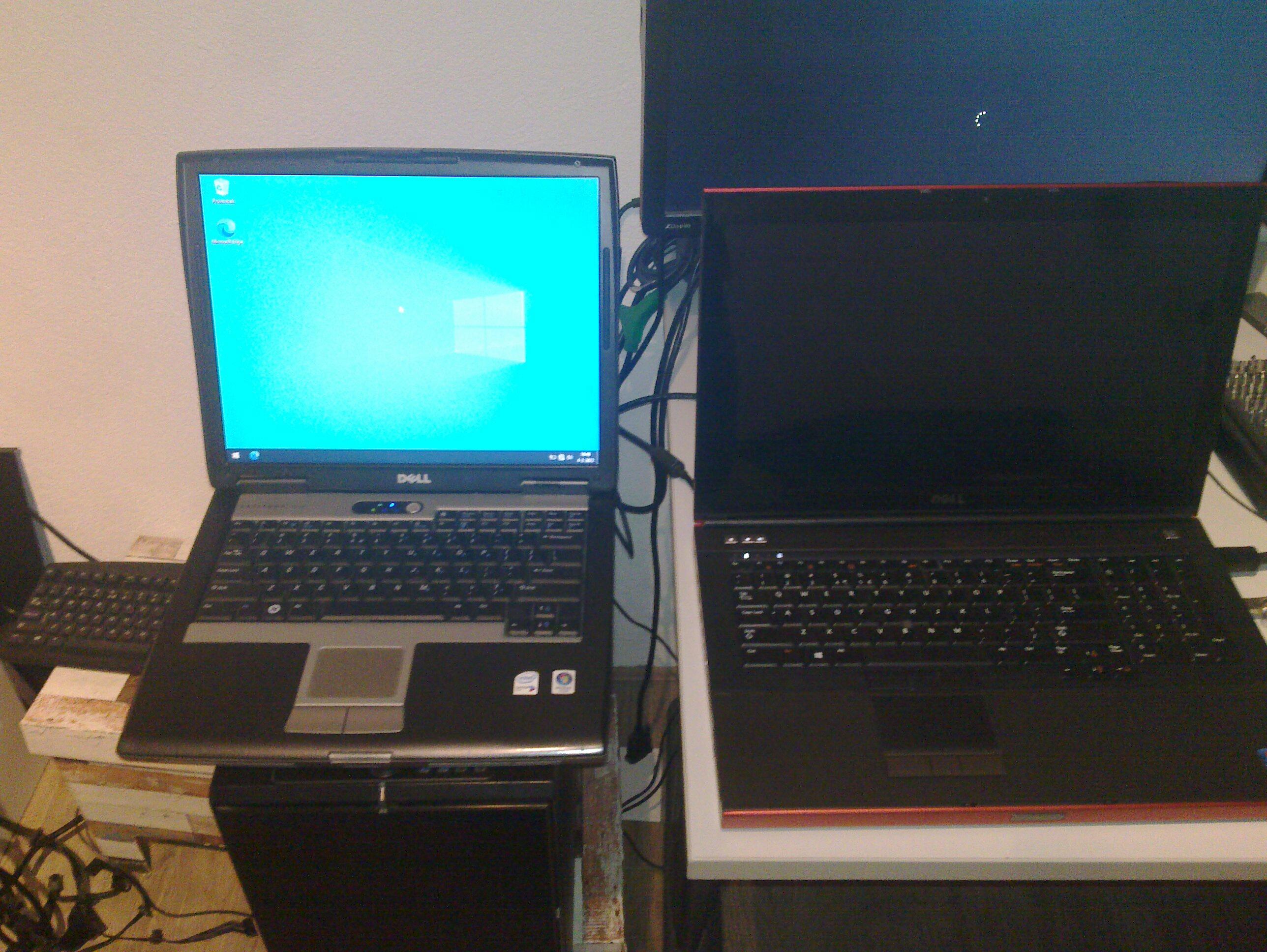 Strange issue with said M6700 though: I cannot boot from a UEFI USB stick so I can overclock the CPU. Weird.

Even stranger is that sometimes I get no image when booting. And I need to tighten it's hinges as they're loose Covet Editions, a blessing and a curse. A blessing because that E2E screen is ****ing beautiful, a curse for being EXTREMELY hard to disassemble without damaging it. Or getting dust behind it.

The hinge screws were definitely loose, but I found something more worrying: the left hand side display rail is starting to become unstuck from the lid itself

Funny how it took less effort to remove the Edge2Edge glass on the M6700 Covet compared to my other Covets. The secret to removing E2E glass on Covets are these: 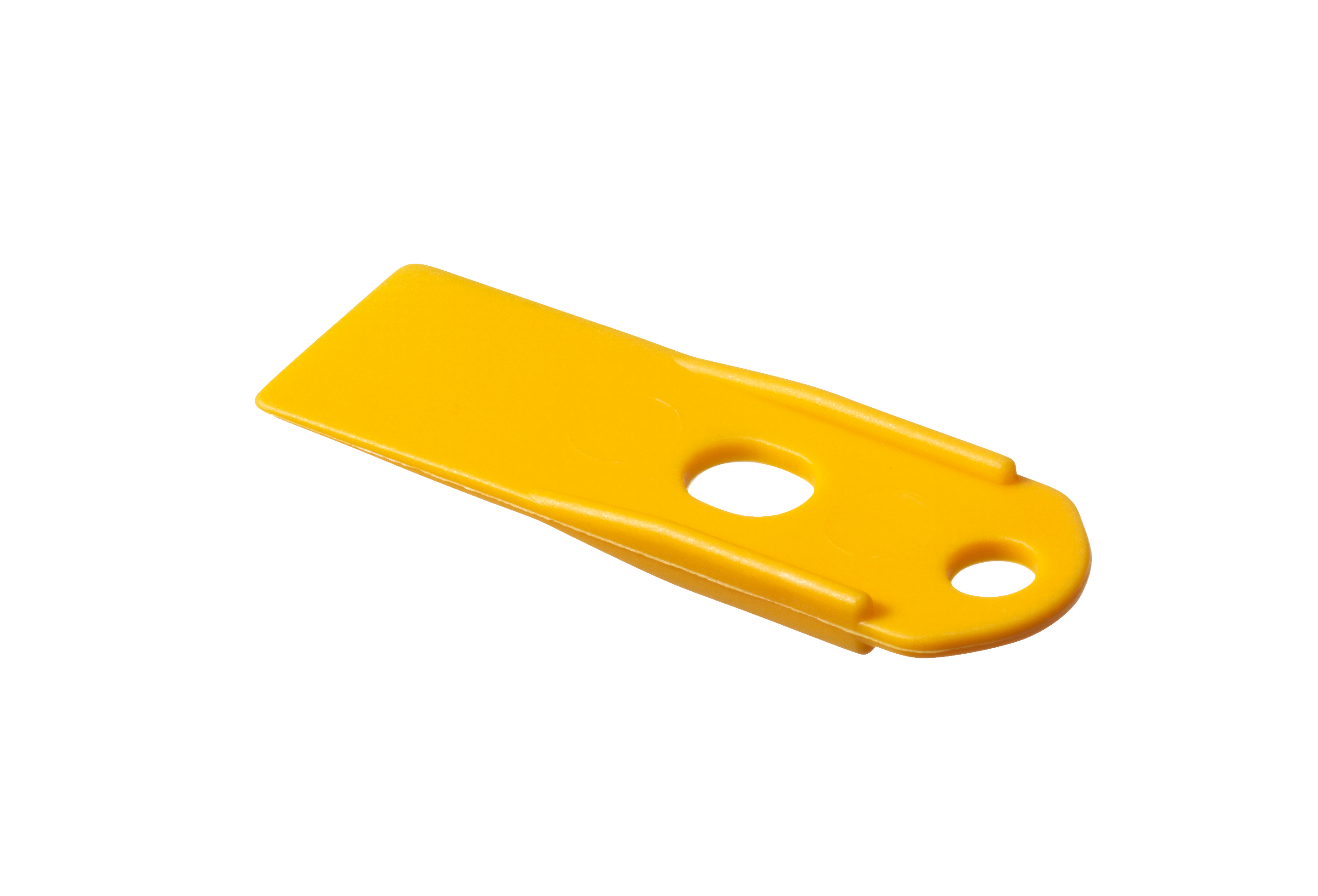 Yes, Miele filter cover spatulas/tools, included with every washing machine starting 1997. Hard plastic, so it won't marr the lid or your precious (and exceedingly rare in the case of the M6700 Covet) glass.
Last edited: Feb 5, 2022

And the D520 has been sold. I legit had lots of fun tweaking that thing and trying to get the most out of my ultra-low budget. (of which I only spent €10 for a lid lol)

Didn't sell it with a SSD though, the buyer wanted Windows XP on it so I put in a 250GB HDD I had laying around. 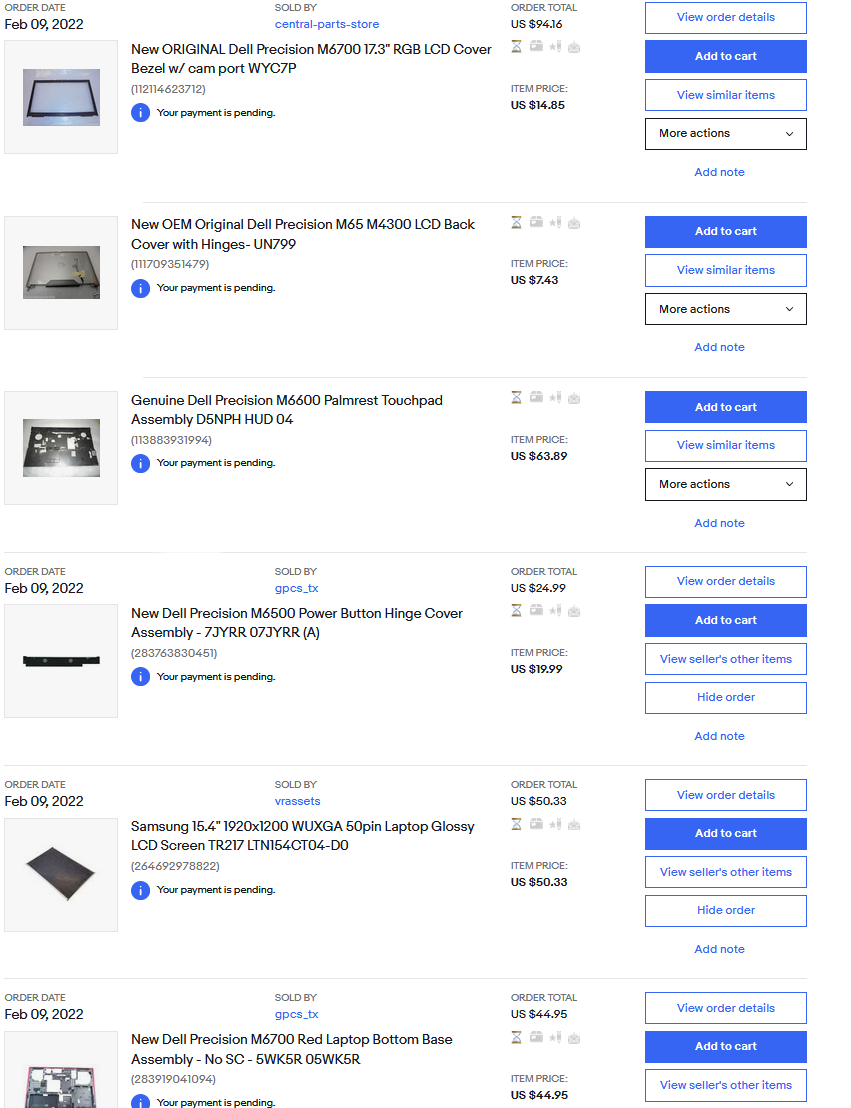 I also bought a NOS upper lid for my M4300 because A. the hinges on it are pretty meh, and B. it's scratched quite badly. Why the M6700 RGBLED display bezel? So I can put the E2E glass in storage for safekeeping for now until I can find a NOS lid.

Nice, scored a M4600 locally for cheap. Needs a base plate, SSD and battery, but it's working!

I also got extremely bored and Liquid Metalled my M4400. Temps seem to be slightly better under control now but that QX9300 runs hot as hell in it. 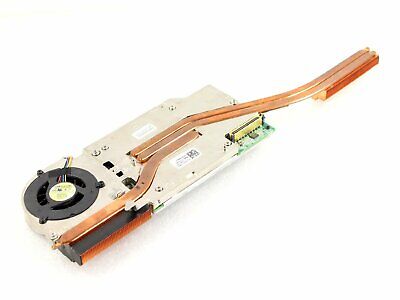 If you want the best performance for these platforms or like collecting hard to find computer parts, this is the video card for you.
www.ebay.com

I know the guy who's selling it, it's gameboy3800 on YT. He couldn't be arsed to disassemble his laptop so he gave me the entire M6500 and I only had to pay for the GPU.