How do you avoid Lightning damage?

What have you guys done to help avoid lightning damage? Currently I have all this fancy equipment and it's all conveniently networked together.

One step I have taken is create a backup and keep that stored on a shelf on the opposite side of my basement. Other than that, I haven't done anything else beyond purchase a couple surge protectors (https://www.amazon.com/gp/product/B00006B83A) and also using a couple APC UPS's.

Any other recommendations? Since my rack is in the basement, should I run a copper line from the rack to the basement wall or floor?

I run my security cameras on their own POE switch and use fiber to connect to my other switch in hopes that if a camera is struck or shorts it doesn't take out anything on the other network gear. They do make lightning \ surge protection for copper connections that I've debated trying but not sure they're wroth it.

If you run a ground from your rack anywhere it should be to a grounding rod or 2 or more... depending on your soil. I'm not sure if this would save your gear though or just you if you were to touch it while it was hot.
Reactions: itronin
S

Good idea about the fiber.

Currently I do not have any wire between my camera poe switch and my main switch, but I have both switches going to a few servers, so the high voltage could jump within a network card to a secondary port and suddenly be on the other switch.

For the fiber approach to work, I would assume you would need two racks, as the high voltage would just travel through the rack and hit everything if it's all within one rack.
I

T_Minus said:
I run my security cameras on their own POE switch and use fiber to connect to my other switch in hopes that if a camera is struck or shorts it doesn't take out anything on the other network gear. They do make lightning \ surge protection for copper connections that I've debated trying but not sure they're wroth it.
Click to expand...

I do the same thing aggregating outside plant cabling to a single POE switch and then uplink via fiber to the core network.
I have a mix of outside mounted security cameras, phones, and runs to perimeter buildings (switch to switch) that all use buried & armored cat 5e cables (which predate my involvement).

For the switch to switch connections I am also using gas discharge tube (GDT) lightning protection also known as "ethernet surge protection" on each end. These GDT's also need to be grounded. I'm using DIN rails mounted to the rack and then GDT's mounted to the DIN rails on one end and building ground at the perimeter buildings (due to budget constraints).

some people swear by the GDT's, some say they dont' work. With the overall cost of the deployment, installing them was relatively inexpensive and they let me sleep better at night.

Prior to this design, I was losing at least one camera, or AP, desktop NIC, multiple core and outside switch ports (or whole switches) at least once a year due to storms. knock on wood since this deployment I have not lost anything but a couple of GDT's. Could be luck, could be the overall deployment, could be the GDT's. Not saying this solution will work for anyone/everyone - just adding anecdotal information.

Even with the GDT's the ethernet ports auto negotiate to 1Gbe and I have not seen an increase in re-transmits, or corrupted packets. YMMV.

I'd prefer to run fiber to the perimeter buildings *but* the cost to do that exceeds budgetary considerations at this time.
P

sth2100 said:
What have you guys done to help avoid lightning damage? Currently I have all this fancy equipment and it's all conveniently networked together.

One step I have taken is create a backup and keep that stored on a shelf on the opposite side of my basement. Other than that, I haven't done anything else beyond purchase a couple surge protectors (https://www.amazon.com/gp/product/B00006B83A) and also using a couple APC UPS's.

Any other recommendations? Since my rack is in the basement, should I run a copper line from the rack to the basement wall or floor?
Click to expand...

- Surge protection on the main power line that feeds the rack. Look for some old fashion telephony power surge protection
- Grouding on all circuits because the surge can enter on a device connected by utp.
- Do preference to fiber on long distance data circuits. Surges can be induced in long wire cables.
- Verify if the grounding between places doesn't have high impedance or big step voltage. The soil affect the quality of the grounding.
- Try to eletric isolate the broadband provider cables. Don't necessary if fiber is used.
- At extreme conditions use galvanic isolation ( 1:1 power transformer ) just after the surge protector. Will eliminate the path/route from atmosferic discharges to ground.
D

Many years ago I was working as an electrical contractor. I was called to a little old ladies house that had suffered a lightening strike.
the lightening had hit a tv antenna on the roof. From there it traveled down the co-ax cable to her tv. It exited the tv on the power cable and hit the ring main. From there it blew all power and lighting cables clean out of the walls - this was a stone cottage.
The place looked like it had been bombed.
Isolating network switches with fibre for sure offers some protection but if they are plugged into the same power circuits I wouldn’t bet on much protection.
Reactions: mach3.2, tochnia, Amrhn and 5 others
N

The most important thing to do is make sure your building's grounding system is set up properly. In a lot of older buildings, it's common for the ground system to need some maintenance.

First of all, you should check what your ground system ultimately connects to, which should be some combination of ground rods, embedded concrete grounding (also known as ufer grounds, where you clamp a ground wire to the concrete rebar), and water pipes. Modern electrical code calls for either a ufer ground (best, if you have it) or two ground rods at least 8 ft long, hammered into the ground at least 6 feet apart from each other. Older electrical codes sometimes allowed connecting to water pipes only, which is no longer allowed. Back when pretty much all pipes were metal, the incoming cold water pipe was a great ground source, but now that many pipes have been replaced with plastic (or could be at any time by the city), they no longer work so well. If there's any doubt, it never hurts to add a ground rod -- dirt is a terrible conductor, so you really want as much contact with it as possible.

If you have enough expensive equipment to justify the cost, it's possible to test your grounding system's resistance to the earth. It's rarely done in residential settings though because usually it's cheaper to just add another ground rod.

Additionally, you should double check that your neutral-ground bond is solid and not corroded or anything. That's important in case the lightning hits your hot or neutral wires.

Finally, make sure everything that needs to be grounded is connected to the grounding system. That includes things like coaxial cables for antennas and cable, your plumbing system if it's not plastic, and your phone lines if you still have a landline connection (even if you never use it).

That should be sufficient to make sure a lightning strike won't cause a fire. To attempt to also have it not damage anything, you should also add some surge protection, ideally the whole-home kind that attaches to the breaker panel.
Reactions: Amrhn and itronin

You can buy grounding rods at your local big box store or tractor supply \ farm store.
For our fence hot wire it made a difference having 3 ground rods vs 2, some people even have 5 around here.
K

I'm glad I don't live in a lightning rich area. But wouldn't the mitigation strategies be
They won't work for a direct strike as @Drewy states.
Reactions: Amrhn
S

Anyone have any experience with this? https://www.amazon.com/APC-PNETR6-Network-Protection-Chassis/dp/B002ZVEBIO

It's not using GDT from what I can tell, but curious if it would help at all.
M

I'm using this for most of my PoE cameras, cable modem and for some upcoming ethernet drops I'm adding at home:

Can't tell how well they work, but the specs look solid (SAD + GDT). They have versions with fewer ports too.
S

Thanks for the reference to the Ditek brand - it seems like it would work well, but wow is that expensive.
M

Yeah, it's expensive (paid $666 + tax at Provantage) but in the grand scheme of things and given this is supposed to live for 10+ years, it's easier to justify in my mind
T

Any other brand for rack-mountable Surge Protectors that Ditek?
As there are not lot of these in Europe, and very few in ebay..
T

Not affiliated with Maxell

Big hint. This isn't how you ground electricity: 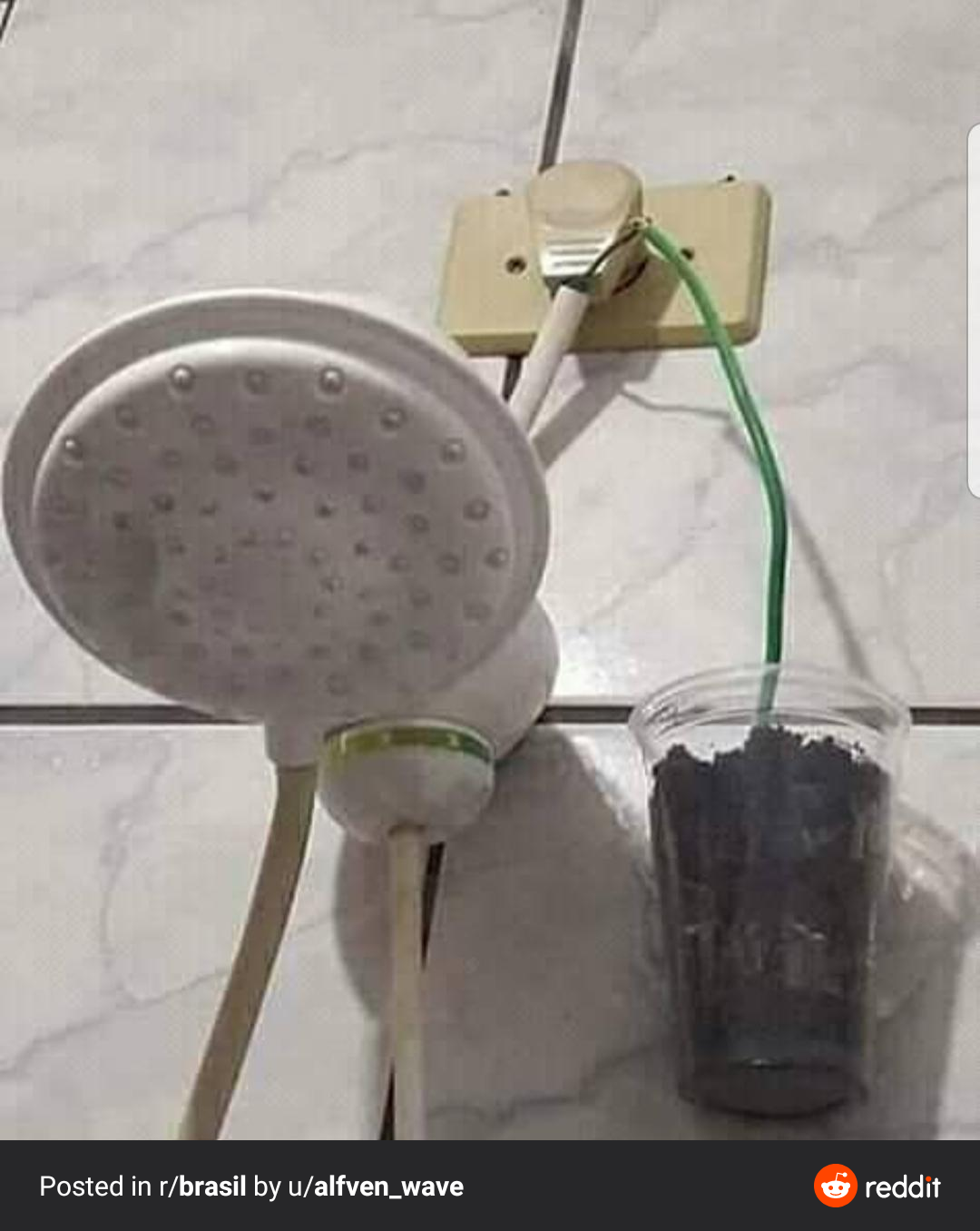 Of course, if you go with this approach, you *must* have a surge protector like the one linked below from eaton in your electrical cabinet, or they *will* catch fire if they trip, as they have to be protected by the more robust protector in the cabinet. They are only meant to catch whatever leftover electrical surge that makes it through the cabinet protector.

Also, make sure to get good ones, there are a lot of absolutely trash wall pluggable protectors out there.

Edit: I should also note that this only works for surges through the grid, if lightning hits my house directly, no amount of protectors are going to save it. 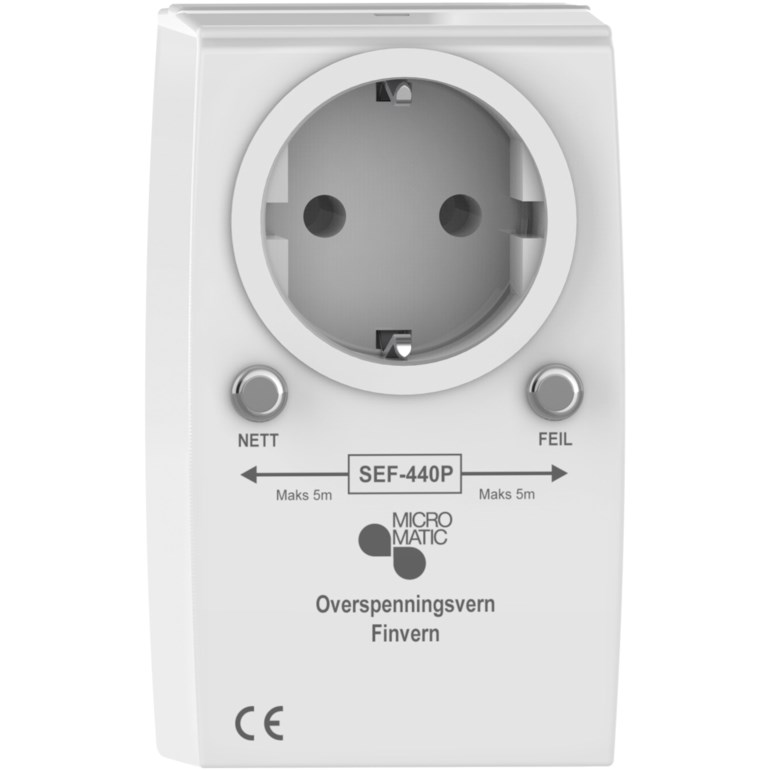