Now the server is in the basement which is a constant 72 - 74F and so I put the original fans back in. The noise is not very noticeable with the standard or optimal fan profile. However, I've got a couple hardware status alarms so far for CPU fans because the Noctua NH-U9DX i4 fans are so slow - 600RPM, which triggers an IPMI alarm. I could modify the alarm to be around 500RPM (should never really hit that) but the reality is, I wouldn't mind some faster CPU fans since the unit is now in the basement.

Can anyone recommend a 92mm fan that would still be PWM but spin faster at lower PWM%?

There's been a few people, myself included, who've had issues with Noctua fans running at perplexingly low rpms under supermicro IPMI - some chassis fans of mine would frequently report 0rpm and thus trigger an assert which would breifly spin all the fans up to max. Annoying.

If your current setup means noise is no longer an issue and the chassis fans are doing their job, you can really just chuck in any cheap fan that runs fast enough, although ideally you'd want ones with decent static pressure. But I suspect any 92mm you have lying around will fit and work OK.
S

Just change the fan thresholds with ipmitool if the cpus are staying cool enough.
5 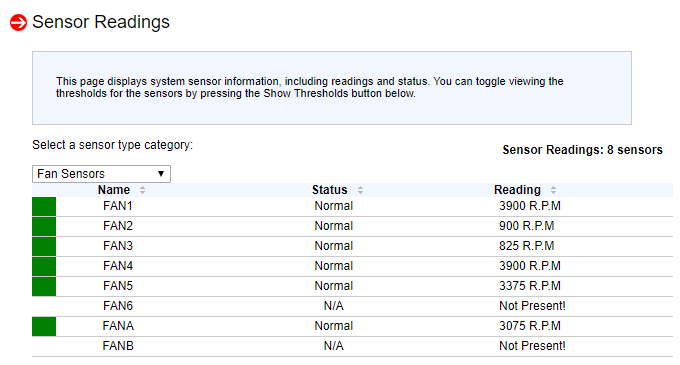 Here are the temperatures in the system (not showing all, obviously) sorted from highest to lowest: 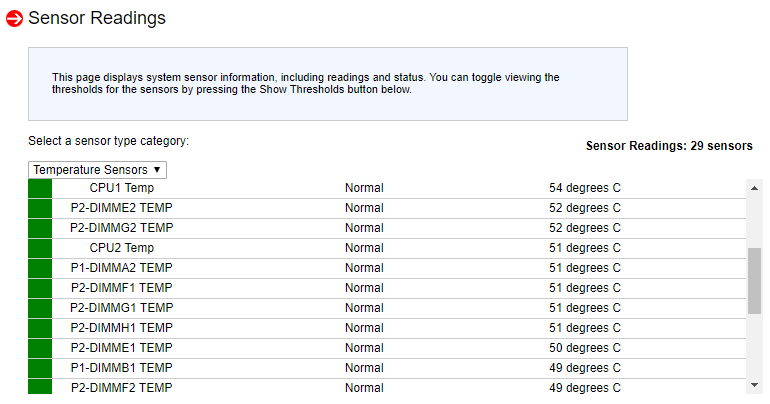 The ESXi host has the current loads (kcloud1esx1 is the supermicro, the second is an R620):

Here you go: be quiet!
I

5mall5nail5 said:
I could modify the alarm to be around 500RPM (should never really hit that)
Click to expand...

I did some calculations last year, I think I came up with 2k rpm min for fans without modifying ipmi tresholds.
2000 rpm becuase there are tolerances for max and low rpms.